Mey Rahola, the photographer who did not exist for six decades 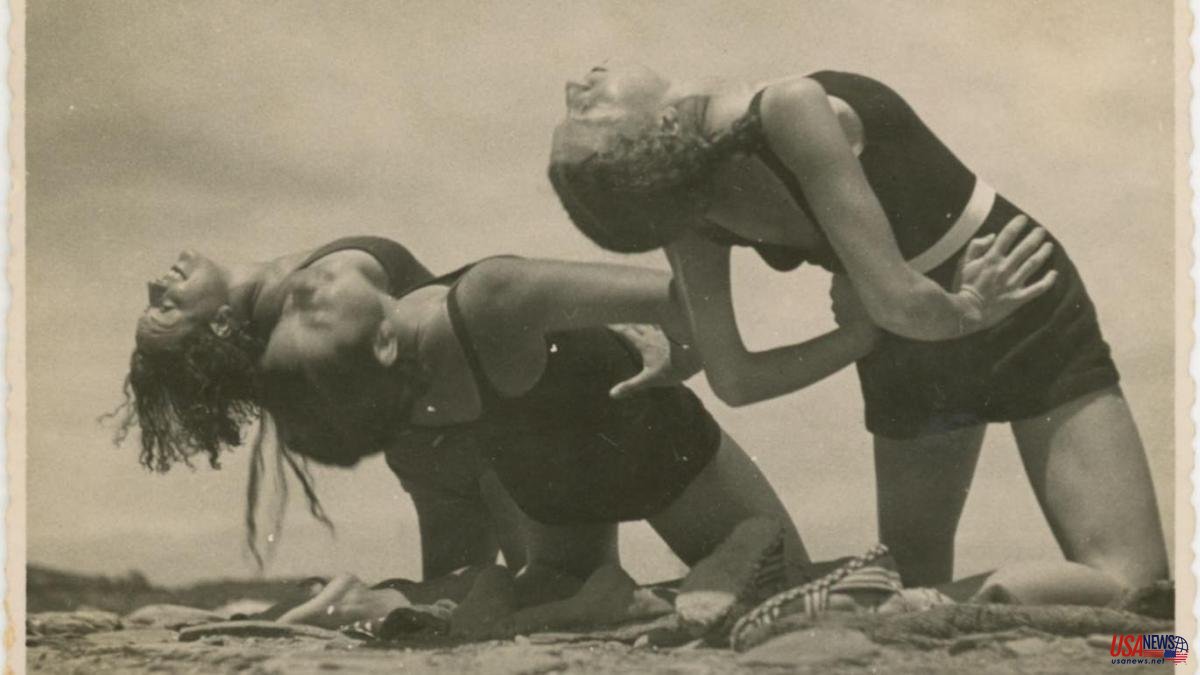 Mey Rahola (León, 1897-Vaucresson, 1959) was a modern woman who wore her hair à la garçonne, wore pants, smoked and competed in sailing regattas. She was also cheerful and bright, funny, ironic and independent. She was the daughter of an engineer who worked for the Northern railway company, every summer she traveled from Madrid to Figueres, on the way to Cadaqués, in a carriage reserved exclusively for her family. Married to the Republican lawyer and politician Josep Xirau Palau, she settled in Barcelona in the thirties and was one of the first women to make a name for herself in the field of photography. But the arrival of Francoism, and the subsequent exile to Lyon, where he arrived with "a bag, a thermometer and a pot", put an end to his artistic ambitions, ensuring his survival and that of his family by taking passport photos in the dining room and revealing amateur work in the kitchen.

His story could have stopped here, without anyone knowing of his existence (only seven years ago, typing his name in any Internet search yielded zero results) if it weren't for the three or four photographs that the photography historian Roser Martínez discovered in the house of the grandfather of the musicologist Lluís Bertran, great-grandson of the photographer. “I saw them and realized that there was something there,” says Martínez, who together with Bertran began an investigation of almost ten years that now leads to a great exhibition at the MNAC, Mey Rahola 1897-1959. The new photographer

The exhibition, which is presented as part of the tour of the collection in the field of modern art, could also have been titled The Photographer Who Didn't Exist for Sixty Years. She was even erased from her family memory. “I knew that he took pictures of her and there were some of her at her grandfather's house, it seemed normal to us but until we took them down we didn't even know they were hers. From there we began to pull the thread until we filled a great void, ”says Bertran, who is also the curator of the exhibition together with Martínez and Roser Cambray, curator of the museum's Photography department. The exhibition is part of a joint project with the Museu de l'Empordà, where this Friday a second part of the exhibition will open, focusing on his photographs of the sea. In fact, she is considered the first great photographer of Cadaqués.

Released for the first time in 2020 within the In Cadaqués photographic festival, interest in the work of Mey Rahola has not stopped growing. The MNAC itself has acquired fourteen photographs that have become part of the museum's story and the exhibition will then travel to Lyon. “How is it possible that her name had been completely erased?” Cambray wonders. And she herself answers that there are no simple answers. “Without a doubt, exile greatly complicated her trajectory, but surely the most decisive fact is that she was a woman” in an area that at that time seemed the exclusive preserve of men. She was the only woman to represent Spain at the III International Salon of Photographic Art in Barcelona and won three awards in the Catalunya 1934 contest, organized by the newspaper El Día Gráfico.

Mey Rahola adopted the visual resources of the photographic avant-garde (diagonal compositions, high and low angle perspectives, the search for geometries...), prefigured the model of a new woman through her self-portraits and those she made of his daughter María Teresa, and maintained a close friendship with the photographer Antoni Campañà, with whom he traveled through Spain in 1936. “His is a look that empathizes with humble people, with the silenced and that will later allow him to connect very close to French humanism”, says Bertran.

Men and women whom he finds on the road and after stopping the car he photographs them lying on the ground. Rahola will also photograph the women of war (the bread queues) from the window of his house, already in exile he took one of the last portraits of Manuel Azaña and after World War II, he crossed the Pyrenees on foot to visit to his family in Barcelona, ​​taking street photographs that are now being shown publicly for the first time. 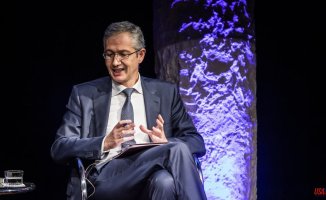