Mexico will not extradite El Chapo's son to the US for now, amid the chaos in Sinaloa

Rodents are a plague in many cities in the United States. 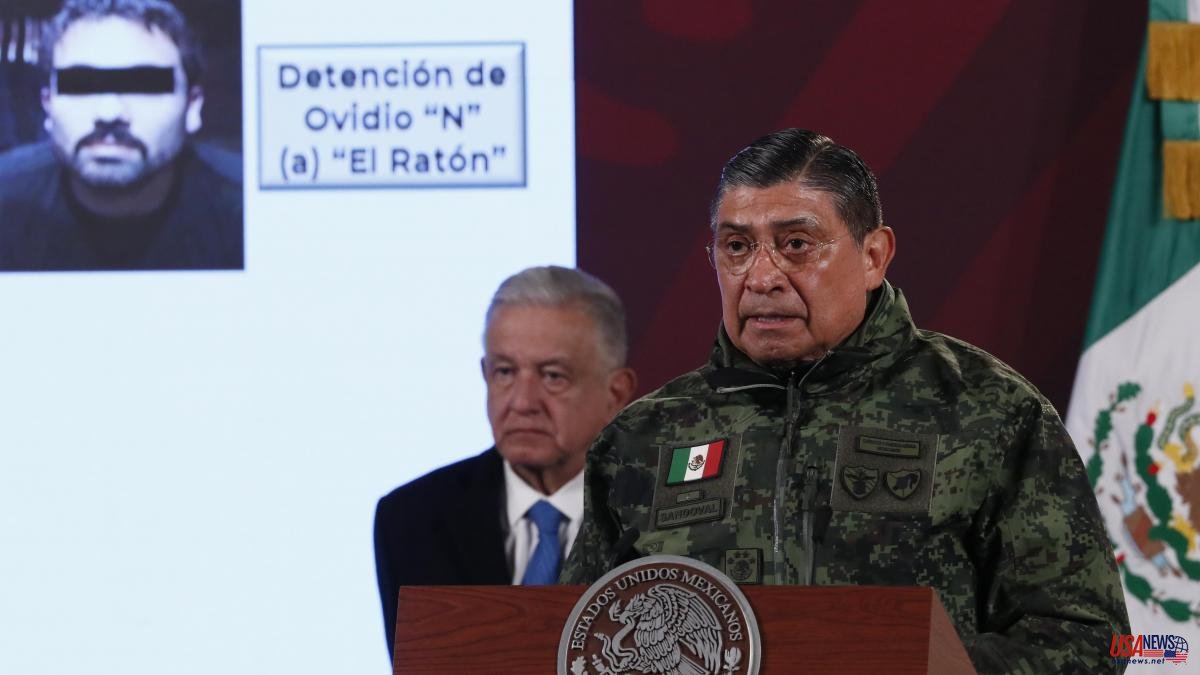 Rodents are a plague in many cities in the United States. Too much trash. You just have to take a stroll around New York. Despite this eagerness to get rid of these murids, there is one they want, and demand, to open the doors.

El Ratón, this is the nickname of Ovidio Guzmán, one of the sons of the famous drug lord El Chapo, former head of the Sinaloa cartel, who is serving a life sentence in a high-security prison in Colorado, after being convicted in Brooklyn in 2019.

The 32-year-old boy Guzmán, whose arrest in Culiacán this Thursday resulted in 29 deaths (ten soldiers and 19 hitmen) in the wave of violence unleashed, will not be extradited to the US for the moment, according to the Mexican authorities.

Marcelo Ebrand, head of the Ministry of Foreign Affairs, ruled out that the shipment to the northern country is immediate.

Ebrand pointed out that a legal procedure must be followed and stressed that Guzmán has a process in Mexico, "which is the one that gives rise to the arrest warrant", and that it is the one that must be developed in the first place.

He also assured that "US elements or agencies have not participated in the capture operation."

The US had offered a $5 million reward for clues to Mouse's hole. His role became very important after the neutralization of his father.

His organization is considered the major exporter of cocaine, heroin or methamphetamine and has emerged as one of the main suppliers of fentanyl. Investigators believe that the Sinaloa cartel controls most of the traffic on the southwest border with the US.

Guzmán was indicted in the United States in 2018. According to the two governments, he assumed responsibility among his brothers in the Chapo business together with what is considered the true kingpin of the cartel, Ismael El Mayo Zambada.

The extradition request dates back to September 2019, as confirmed by Ebrand, and on October 17 of that year there was already a failed operation, the so-called culiacanazo. Ovidio was arrested and released by express order to the security forces of President Andrés Manuel López Obrador. He justified that humiliating blush by replying that he had preferred "lives to bullets."

A little over three years later, López Obrador received the opposite criticism for the violence unleashed. "He acted in order to guarantee the safety of the citizens and the Sinaloan people," the president stressed this Friday at a press conference.

The Minister of Defense, Luis Crescencio Sandoval, agreed that there were no deaths of civilians in the midst of a landscape of warfare.

Guzmán's “army” confronted the National Guard, which had almost 3,600 troops, with large-caliber machine guns. The intervention of a Black Hawk helicopter was necessary to neutralize the narcoterrorists, who also opened fire on military and civilian planes to prevent them from evacuating the detainee. Guzmán, however, was taken by helicopter to a small airport, from which he flew to the capital. This Friday he was already in the Altiplano prison, a famous prison for a spectacular escape from his father.

The governor of Sinaloa, Rubén Rocha Moya, affirmed this Friday that armed civilians were no longer seen in the capital. A more than apparent disposition of the security forces persisted.

There were voices in Culiacán that pointed the finger at the president. They accused him of a lack of aggressiveness and too much tolerance towards organized crime since he took office in 2018. This situation would have allowed the cartels to restructure and strengthen both weapons and finances.

It did not escape anyone that the intervention took place on the eve of US President Joe Biden's visit to Mexico this coming week. Although various experts recalled that the operation lasted six months and that action was taken when it was certain that Ovidio had been located, others note the congratulatory nature of the visitor, that he sees that "something is being done" in Mexico.