Mexico's National Guard and Army announced Thursday that they had seized over half a ton of fentanyl from a warehouse in Culiacan. 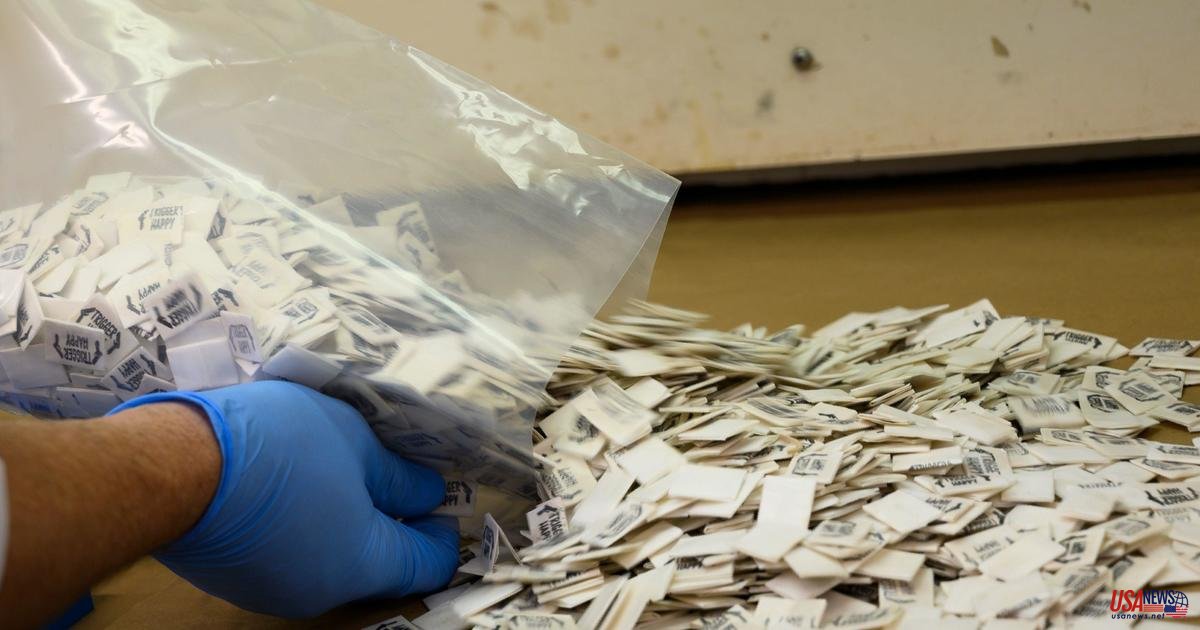 Mexico's National Guard and Army announced Thursday that they had seized over half a ton of fentanyl from a warehouse in Culiacan.

Assistant Public Safety Secretary Ricardo Mejia stated that this seizure is the largest ever of the lethal drug in history. He estimated that the illicit value of the fentanyl was around $230 million.

Overdose deaths have increased in America due to synthetic opioids such as fentanyl. As little as two milligrams can prove fatal. It is 100 times stronger than morphine.

Nearly 1,200 pounds of fentanyl could have been produced at the warehouse, which is where millions of counterfeit pills are usually sold. Fentanyl can be deadly because it is pressed into pills that look like Xanax or Adderall, or mixed with other drugs.

This has resulted in tens of thousands more overdose deaths in America. People often don't realize that they are taking Fentanyl.

The warehouse did not have enough fentanyl to make pills, so it was difficult to determine the purity. Fentanyl is often mixed with other substances. Nearly all the fentanyl that is smuggled into America comes from Mexico. It is made with precursor chemicals from China.

Mexico's Defense Department stated that the warehouse was located at Culiacan in Sinaloa, capital of Sinaloa, where the drug cartel of similar name is based. Ten men were also arrested.

In addition to cocaine, opium, and at least 70 tonnes of precursor chemicals, soldiers also discovered a half-ton worth of meth during the July 2 raid.

Mexican prosecutors claimed last month that they discovered an illegal facility with a pill machine used for the production of fentanyl in San Luis Rio Colorado. It was located across from Yuma, Arizona.

The U.S. border agents are scanning trucks for fentanyl using new technology, CBS News' Lilia Luciano reported. This is despite the fact that the number of fentanyl-laced drugs seized by law enforcement has risen nearly 50 percent between 2018 and 2021.