Fans continue to talk about "Stranger Things", and Metallica joined the conversation. 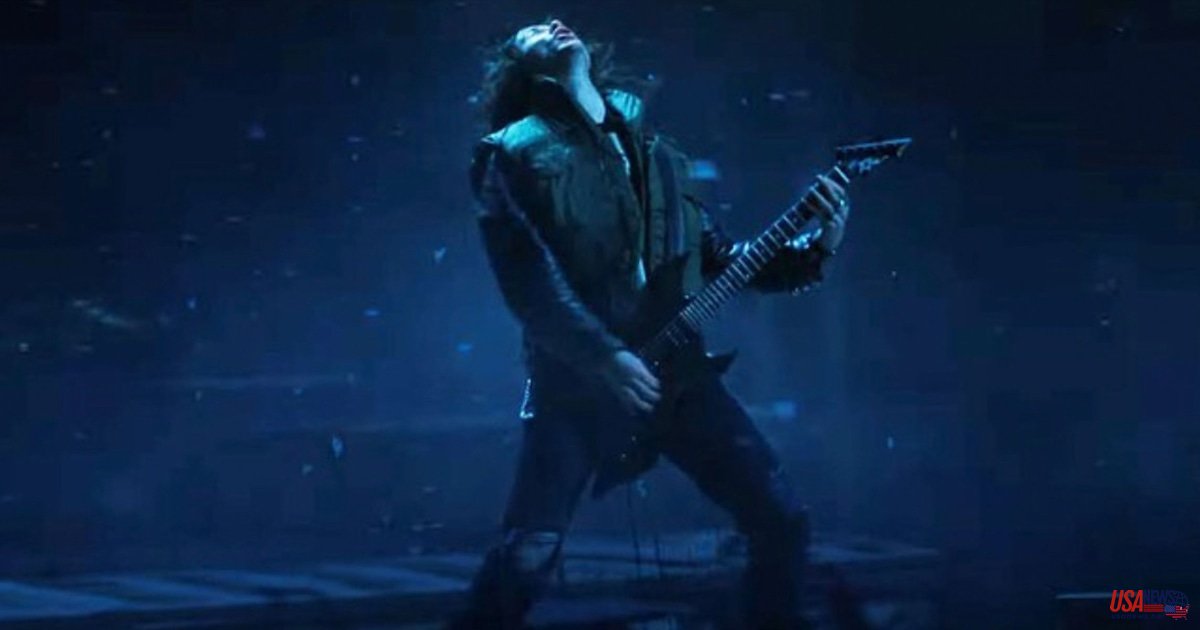 Fans continue to talk about "Stranger Things", and Metallica joined the conversation.

Season four Vol. 4 featured the song "Master of Puppets", which was performed by Metallica. 2 -- Metallica was "blown Away" by the scene.

"The Duffer Brothers' way of incorporating music into 'Stranger Things’ has always been top-notch, so we were beyond thrilled for them not only to include 'Master of Puppets, but to have such an important scene built around it," they wrote on Tuesday on their Instagram. "We were all thrilled to see the final product and we were completely blown away when we did."

Metallica said that the scene was "so exceptionally well done" and that people could "guess the tune just by looking at Joseph Quinn's hands in trailer!" This is insanely cool!

The season four finale features Eddie Munson (Joseph Quinn), who plays the 1986 track on his electric guitar while in the upside-down. This distracts the Demobats as the rest of the gang tries to defeat Vecna.

Metallica said that it was an "incredible honor" to be a part of Eddie's story and to once more be with the other incredible artists on the show.

"That's my boy!" Proud to be Tye! The Stranger Things Finale was performed on "Master of Puppets", and it was a great performance! Many thanks to @kirkhammett for his help!" the musician wrote.

Entertainment Tonight, Quinn said that Quinn was the "Master of Puppets", and that he played guitar "pretty much every day."

"I have been playing guitar since I was a child. The actor stated that he had the necessary foundations to make the most of the experience. It's great fun. "Who wouldn't want to be a rockstar for an hour?"

Season 4 of "Stranger Things," also featured Kate Bush's 1985 song "Running Up That Hill(A Deal with God)". After its inclusion in one scene with Max (Sadie Sink), it climbed back up the Billboard Hot 100 charts.

Bush expressed her gratitude to the Duffer Brothers for their newfound love of the track on her website. She wrote, "I want them so much for bringing this song into so many peoples' lives."