The life of a star is four or five World Cups, that of an amateur maybe fifteen but not twenty-five. 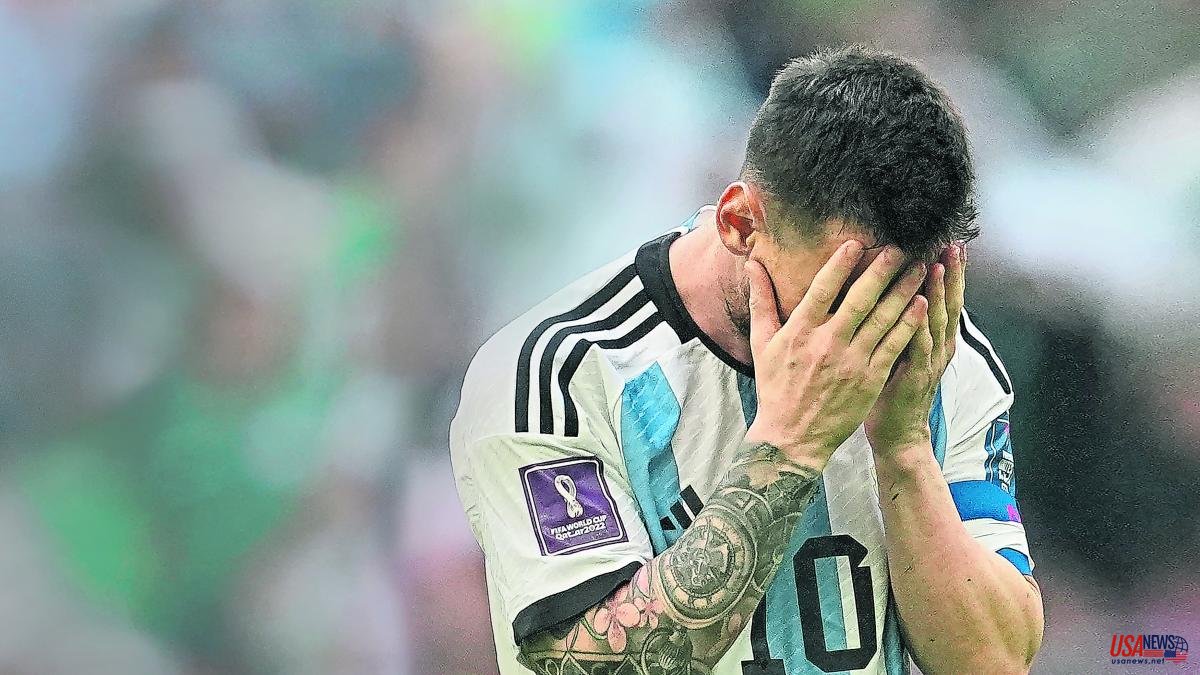 The life of a star is four or five World Cups, that of an amateur maybe fifteen but not twenty-five. Since the 1966 World Cup, an anthology, the first that I can remember, in the manner of Colonel Aureliano Buendía facing the firing squad, each World Cup is the same work: great expectations on the opening day, binge on soccer – wonderful:! up to four games in one day!–, elimination of your team under traumatic conditions –the referees, the penalty shootout, the incompetence of the Prime Minister– and unforeseen alliances (the absence of Italy will aggravate our hypothetical orphanhood).

As a citizen who pays taxes, does not hit children or the elderly and acts as president of the neighborhood community by rotating imperative, I trusted –and I trust– that Messi would lift the trophy –unless Spain does it– and not only to lower his fumes to the Maradona church but out of a primitive sense of universal justice. And, finally, so that it does not happen to him like Johan Cruyff, although for these things he gave the impression of sleeping more peacefully than Leo Messi will do the rest of his nights if he does not win a World Cup.

Football owes nothing to anyone, not even Atlético de Madrid. And much less to Leo Messi. On the contrary, football teaches her to distrust tomorrow, pension plans and heaven or hell. Everything is present, so that either Messi wakes up –and the disjointed albiceleste– or we are on the way to a monumental sentimental bump.

If Argentina aspired to win this World Cup, the defeat against Saudi Arabia was a gift, like certain parental rants that only time allows us to assess. The ideal sparring, high morale, the country delivered. And the magnetism of Messi, in his last chance. Later, on the field, everything became a shipwreck of 45 minutes and its additions –the second part–, with the cameras looking for explanations in Messi's self-absorbed face, so indecipherable, evocative of the curse that the goalkeeper Moacir Barbosa embraced from for life after a bad afternoon in the Maracana, back in 1950...

Argentina has room for maneuver – it is enough to beat Mexico and Poland. And Messi to reverse that burden of guilt to which he seems tied, costalero in Seville, soccer player in Argentina, god in Qatar. What awaits him is the most exciting challenge of this World Cup, so uncertain and peculiar because even Saudi Arabia can dream of going far, they who live so close and have a hostile, unwelcome and defiant neighbor in the emirate of Qatar.

The Qatar 2022 World Cup has, since yesterday, another competitor: Leo Messi's World Cup to say goodbye as the best. At least, the best of his times.