"Messi is like Federer, you have to enjoy it" 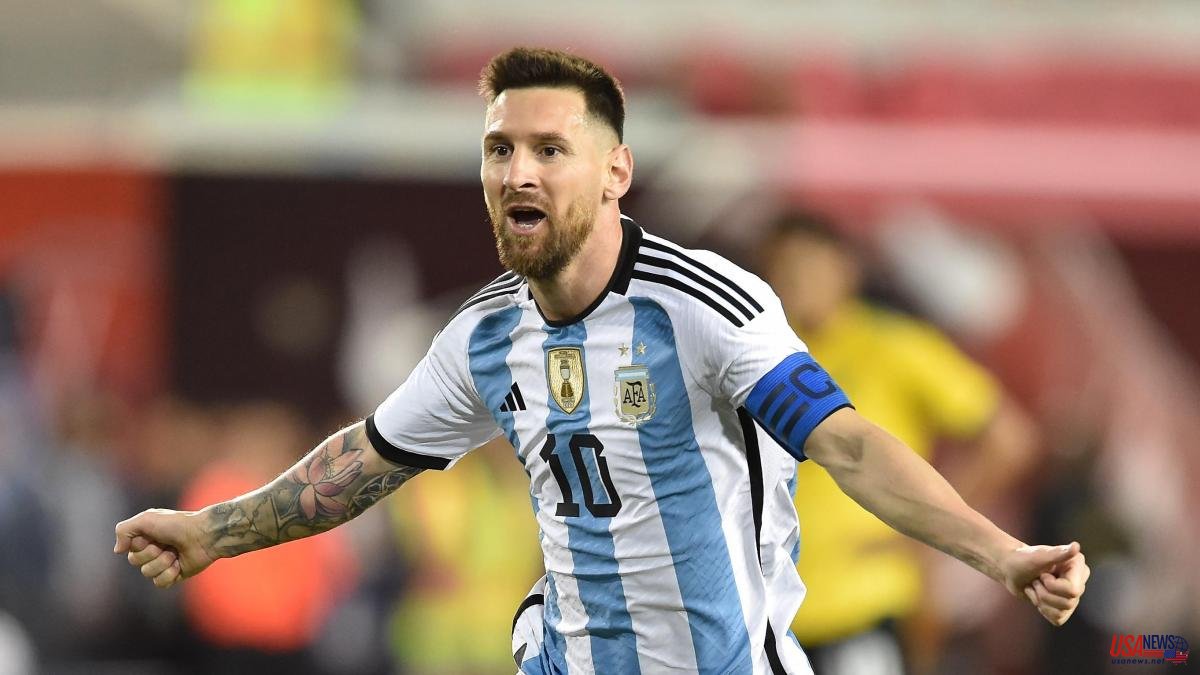 At 35 years old, Leo Messi continues to delight. Both at PSG and in Argentina he continues to do what he does best, scoring goals. This morning he scored two in the half hour he played in the second half against Jamaica. Two goals house brand. The first, a shot from the edge of the box on the run. The second, a free kick from the front that he placed on the goalkeeper's post with a dry and low shot.

After a first year of adaptation in Paris, Messi is once again the decisive player of yesteryear. More so with his selection. In this 2022 he accumulates ten goals and two assists in six games. He has won the Champions Cup, a competition in which he was MVP.

Against Jamaica he showed again that he will arrive at a formidable level for the World Cup in Qatar. His two goals allow him to position himself as the third player with the most goals for national teams after Cristiano Ronaldo (117 in 191 games) and Ali Daei (109 in 148 games). The one from Rosario adds 90 goals in 164 games, figures never seen in South American teams. Mokhtar Dahari (89) and Ferenc Puskás (84) are next on the list.

“You have to enjoy Messi; he is like Federer…”. This is how the Argentine coach Lionel Scaloni sees it. “We watched him walk away and we all cried. When Leo retires, the same thing will happen. The only thing left with Messi is to enjoy it because I don't know if something like it will ever happen again. I would pay for a ticket, I would buy any shirt he wore… ”, he pointed out.

The coach assured that he met the challenge that had been set when he took over as coach: "We have made Messi feel comfortable and his teammates too". And he remarked: “There is a sense of belonging here. The best thing we achieve is putting together a good group. If we have good players on top of that, it's easier. The team shows that they know what to do. On this tour we consolidated our idea of ​​the game”.