Messi: in terms of titles there is no color

Is Lionel Messi the best soccer player in history? The debate will remain open, among other reasons because the mixture of tastes, teams, nationalities, contexts and times generates an eternal game and more so in relation to a sport that has the virtue of provoking endless contrasts of opinions. 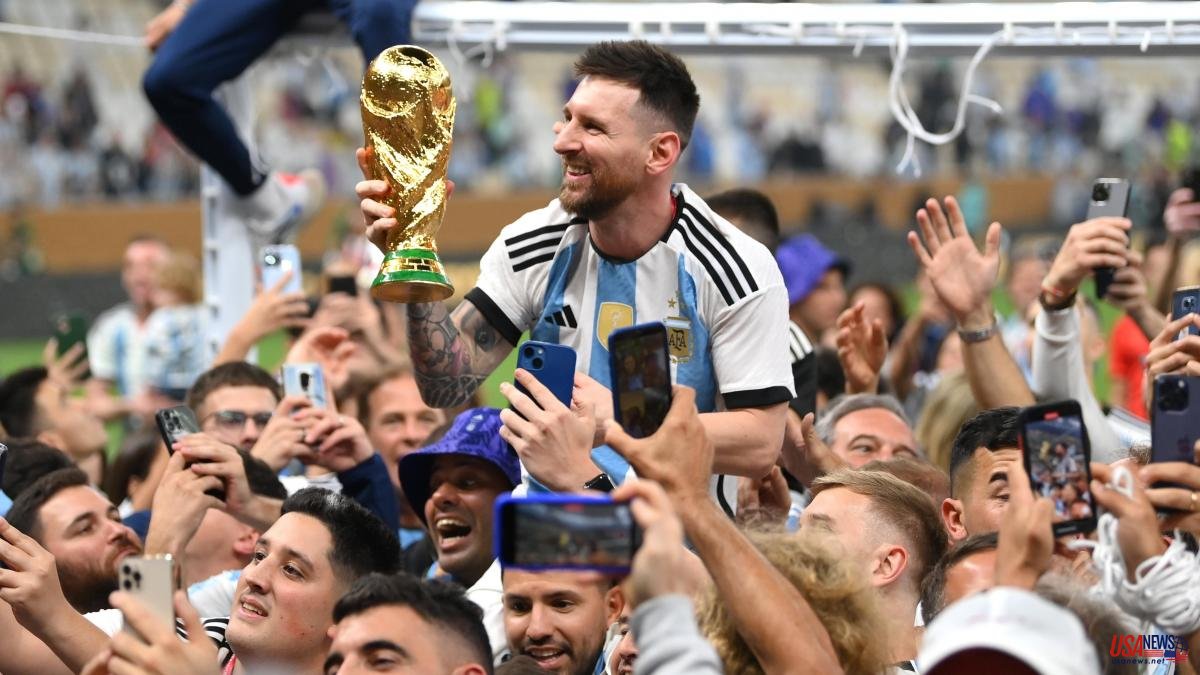 Is Lionel Messi the best soccer player in history? The debate will remain open, among other reasons because the mixture of tastes, teams, nationalities, contexts and times generates an eternal game and more so in relation to a sport that has the virtue of provoking endless contrasts of opinions. Can you already be placed above Maradona and Pelé? The truth is that the comparison with Pelusa is only possible from mythology and charisma, beyond the fact that Diego was a star footballer who led a cast of footballers who were not stars with both Argentina and Napoli to glory.

As for O'Rei, his three world titles will be a goal that Messi will not be able to match or surpass, but Pele has never played in demanding European football. If he had done it, he probably would have succeeded widely, but that was not the case. In any case, if the focus opens, no one will be able to argue that the man from Rosario has been the most constant star that has ever existed on the football planet. He has been on the crest of the wave for more than 15 years, with unusual longevity and regularity. Valdano's phrase that "Messi is Maradona every day" has been gaining ground over the years. Because those days lengthen and lengthen infinitely.

Neither Pelé nor Maradona, world champions, have ever won the European Cup while Leo has four, in addition to numerous league and cup titles... and seven Ballon d'Ors. Of course, in the days of O'Rei and Pelusa, This trophy was limited to European footballers, but the Ballon d'Or showcase (go preparing the space for the eighth) only makes Rosario's showcase more luster. Up to 40 titles (42 if Olympic gold and the U-20 World Cup are counted) are in Messi's saddlebags. Pelé (29), Maradona (11), Cruyff (21), Di Stéfano (21), Zidane (15) or Beckenbauer (19) are far behind, quantitatively speaking.

The routine of winning, the routine of scoring, the routine of dribbling mean that Messi has become a regular factor in the fan's imagination. It is not just a moment. Not one episode. Not a hand of unforgettable performances. They are years of Sunday-Wednesday-Sunday with few mistakes in the file and with an amazing naturalness. 793 goals in 1,003 games. That mix between individual and collective achievements is what makes it difficult to compare Messi with any other footballer. There may be more technical players. There may be (few) more scorers. Even more artistic. But none so successful if all the concepts are mixed.

“During his entire career, Messi has illuminated every game in which he has played. If you see him play live, it's like a real blessing," former defender Gary Neville said on English television ITV. “I feel absolutely privileged to have watched Messi play for almost two decades. He is a gift from the soccer gods. His game has been fascinating, it has taken our breath away. I am delighted that he has achieved the title that he was missing, ”former striker and commentator Gary Lineker wrote on Twitter.

That admiration has spread to all corners after Argentina's triumph in one of the most exciting matches ever seen in a World Cup. A triumph that made many relevant athletes of today react. "The best ever," wrote LeBron James. "You have redefined greatness," Roger Federer regaled him. “Is he the greatest athlete of all time? Forget just soccer. What a man," Andy Murray tweeted. “If you like football, you had to go with Messi. He is an idol, he is a reference for me, and I lived the game as if my brother was playing, ”explained Marc Márquez.

With the world title, the man from Rosario has crowned his excellent career but has not finished it. He has already said that he wants to play a few more games with champion Argentina and he has this season left on his contract with PSG. As of January 1, he is once again free to choose his future. He either continue in France, do the Americas or return to what was his house, this being a dream cited from time to time by the Barcelona staff. He will do what he wants.