Messi already has what he deserves

They had been talking about divine justice to vindicate how much Leo Messi deserved the World Cup, but in the end it was man, and not God, who had to do with the agonizing and monumental triumph that the world number ten had been claiming since who left Rosario. 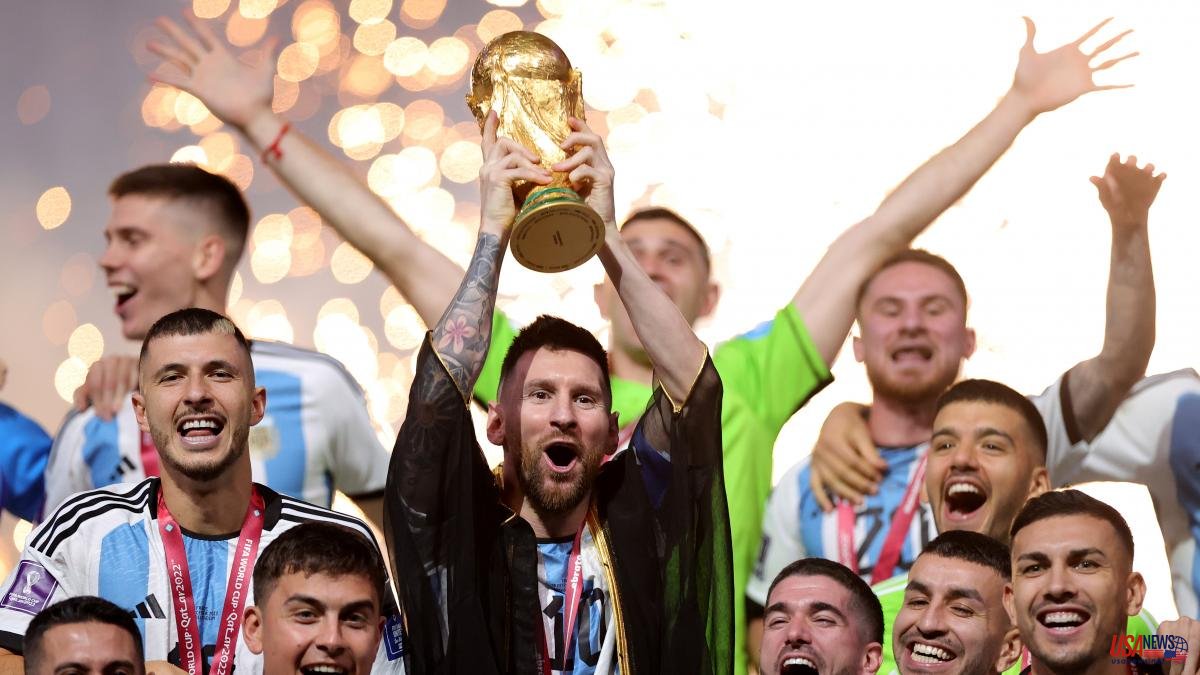 They had been talking about divine justice to vindicate how much Leo Messi deserved the World Cup, but in the end it was man, and not God, who had to do with the agonizing and monumental triumph that the world number ten had been claiming since who left Rosario.

Now 35 years old, as if he had waited for the end of his career to make it more memorable, he was accompanied in his beautiful trance by his Argentine colleagues but also by the French, who, led by an extraordinary Mbappé, raised the work to levels rarely seen before. in a World Cup final.

Messi grabbed the golden trophy after a match that confirmed and sublimated football as unique and universal entertainment. Messi's legacy was already enormous, now it is unfathomable and unattainable. He was missing the World Cup and he has it. There is no possible competitor with so much loot.

No, it was not divine justice. The 1-0 penalty was scored by Messi with his very humane left foot, as well as the one in the shoot-out after extra time, slow in transit in the midst of a hysteria that condensed the air, without supernatural aid but based on a mentality made of stone and an innate talent. Nor were the strings pulled from the heights so that the collective counterattack of the Argentine 2-0 sounded like a symphony, nor when Mbappé accommodated his body, contorting it to give the ball the power and precision that the goal he had in mind required and ended up succeeding. Let's give footballers all the credit for their actions. For his thousands of workouts.

All believers pray to their gods and if they were consistent with their prayers in football there would be no defeats. But they are not. Maybe God takes the penalty and misses it, that the world has come out a tad defective.

Neither did Argentina's third goal require invisible cables nor did a celestial being descend to turn it into matter: Messi did it combining with Lautaro like angels, although without using them, finishing off the play with his soul and his right boot, which those yes they play

To Messi what belongs to Messi. And to Argentina what is from Argentina. Not even Diego Maradona illuminated them, Messi and his teammates illuminated themselves. With a great match, in the first half footballingly vexing an overly refined France that came out to wait despite having great footballers. Argentina severely punished that staging. He believed it and did not speculate like his rival. Scaloni brought in Di María, excellent, forming a brave and very sharp 4-3-3. Deschamps substituted two of his players in the 41st minute. He humiliated them in a World Cup final, skipped the codes, especially with a veteran who had bailed him out like Giroud. The technician should have replaced himself as well.

There was a meteoric and radical French revolution, but not to the point of guillotining Argentina, a team that moves in agonizing terrain as if it were comfortable. How else to explain the stop of the 'Dibu' before Muani. Please do not do it through mystical explanations. He stuck out his foot with trained elasticity.

After seeing Messi embroider him as a hook, a nice word with which the Argentines designate the one who plays behind the forwards, after scanning the territory from there and delivering a football lesson for history, Messi's forces failed him but not commitment. And he gave it his all to win. Skin, bones and every last breath. All extremely human.