Mercadona consolidates its online service and plans to bill 530 million euros through the online channel in 2022, 20 more than last year. 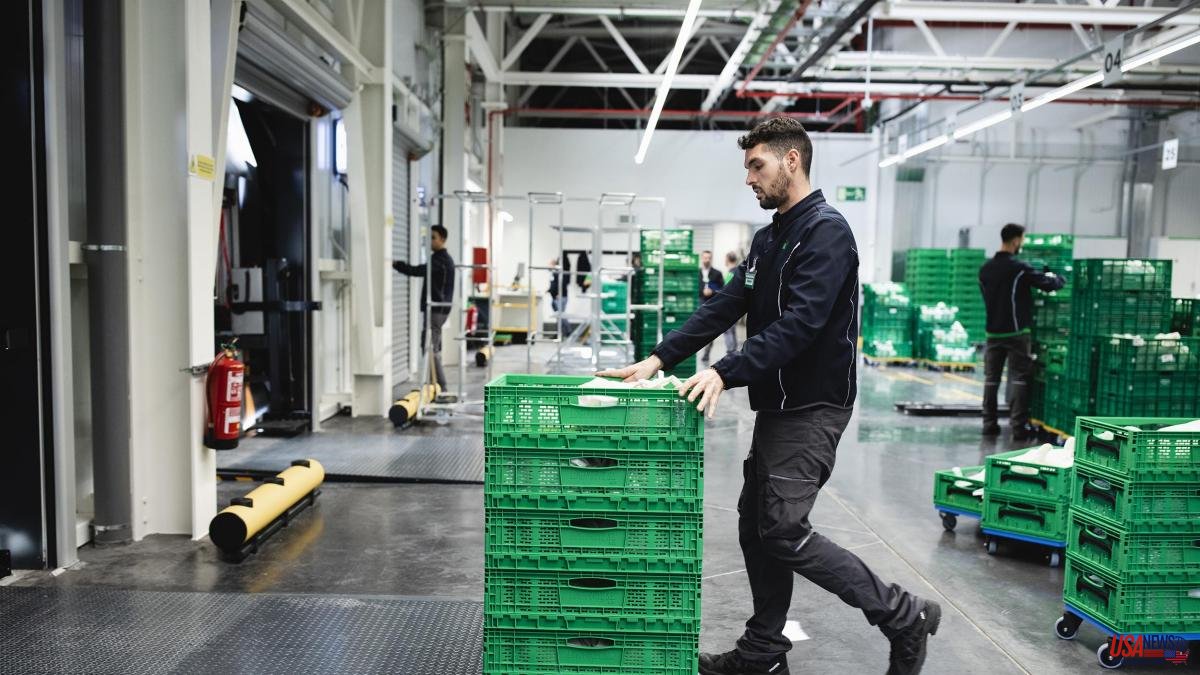 Mercadona consolidates its online service and plans to bill 530 million euros through the online channel in 2022, 20 more than last year. The endorsement of its electronic version is related to the great commitment of the Valencian firm to "beehives", its exclusive platforms for online sales.

This Thursday, Juan Roig's company inaugurates the fifth "beehive" in the city of Seville. 25 million euros have been invested in it, a figure that includes the acquisition of the plot in public tender of more than 30,000 square meters in the area of ​​Higuerón Sur.

The space starts with a workforce of 145 people and in this way, Mercadona online reaches 2,000 workers, 500 more than in 2020, the year of the pandemic. The Mercadona online team is made up mostly of pickers and delivery people.

Through the new "hive", the Valencian distribution company will start the new service in the center of Seville and will expand its radius of action in the coming weeks until it reaches a large part of the province, part of Huelva and Jerez de the Border, in Cádiz.

According to Juana Roig, general manager of Mercadona online, "we are very pleased to reach more bosses (customers) online every day, in this case in the Andalusian market thanks to our Colmena de Sevilla. The expansion and profitability of the online channel are the two main challenges we face.”

Mercadona details that it has different sales models based on the demand for orders in each town. On the one hand, the "beehives" model serves areas with a high density of online orders. The Seville hive joins the other four that the company has operating in other cities such as Valencia, Barcelona, ​​Madrid and Alicante. The company figures the investment it has made in the construction of the five current hives at more than 70 million euros, and another 19 million euros in the fleet of 400 ECO-owned trucks.

On the other hand, for areas with a lower concentration of orders, it has a preparation and delivery model from the stores. For now, this model is underway in several provinces, they explain, such as Castellón, Lleida, Girona, Almería or Murcia, with 18 stores before the end of the year. It is expected that its expansion will continue in the coming years with the aim of bringing the new online purchase to most provinces.

The company guarantees that all customers who live in areas within the radius of action of these stores and Colmenas have access to the new online store through the website or the app with shipments from 7 a.m. to 10 p.m., Monday through Saturday.