Everything is ready for the Menut, the second Catalan nanosatellite, to orbit the Earth and begin to tackle major social challenges such as the detection of environmental threats, the identification of illegal mining practices and the monitoring of agricultural programs. 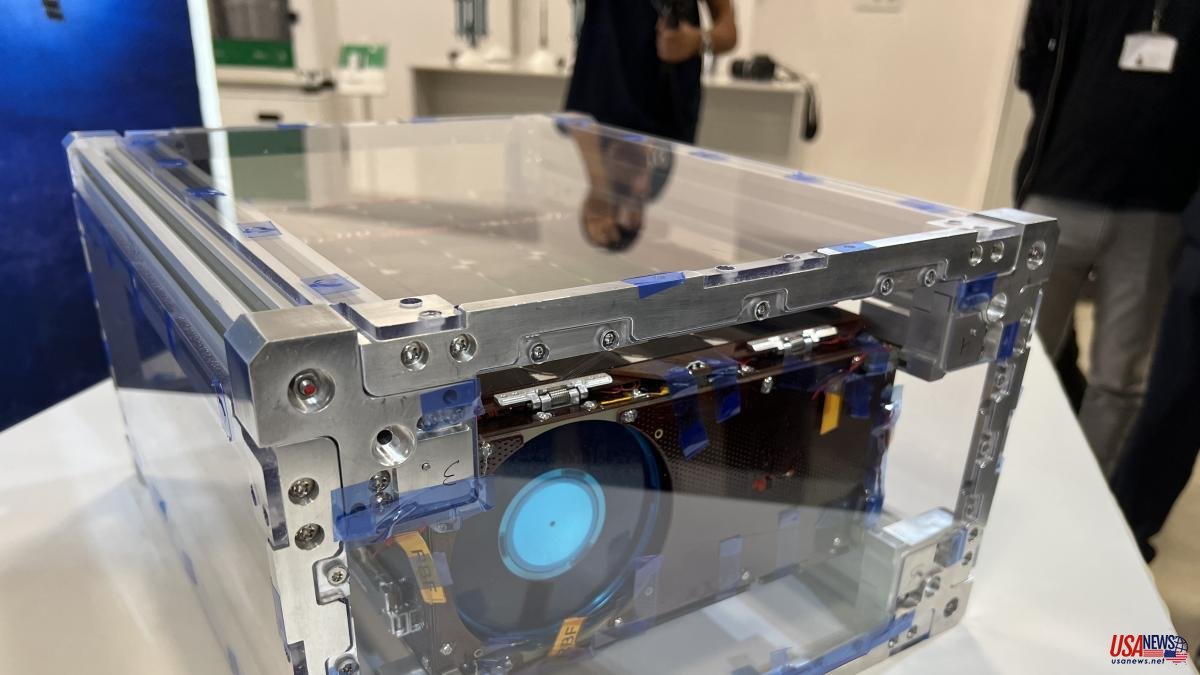 Everything is ready for the Menut, the second Catalan nanosatellite, to orbit the Earth and begin to tackle major social challenges such as the detection of environmental threats, the identification of illegal mining practices and the monitoring of agricultural programs. All this without losing sight of the great global challenges such as the climate emergency, the energy crisis and natural resources and disasters.

This is equipment that will form part of Open Constellation, a constellation of artificial satellites promoted by all kinds of private companies, institutions and space agencies with the aim of creating a shared satellite infrastructure to obtain more and better performance from the equipment involved.

After several months of preparation, the Menut will be launched into orbit by a Falcon 9 rocket launcher from the US company Space X from the US space base at Cape Canaveral in Florida. It will do so one hour and twelve seconds after the takeoff of the space rocket, scheduled for 3:56 p.m. (peninsular time).

The Catalan nanosatellite, developed by the Generalitat and the Institut d'Estudis Espacials de Catalunya (IEEC) together with Mantis, from the United Kingdom Space Agency and the European Space Agency, will be the first two of the seven satellites that make up the first generation of the Open Constellation. Subsequently, new devices will be incorporated until reaching the total of 25 planned satellites.

The launch of the rocket launcher and the launch of the nanosatellite can be seen live through this link. The Minister of Business and Work, Roger Torrent, accompanied by the Secretary of Digital Policies, Gina Tost; the director of the Institute of Space Studies of Catalonia, Ignasi Ribas; and the CEO of Open Cosmos, Rafael Jordà, will follow him from the same facilities of the Open Cosmos company.

Unlike Enxaneta, the first nanosatellite put into orbit by the Generalitat de Catalunya in a project led by the company Sateliot and which provides service in the field of telecommunications, Menut will be used to obtain Earth observation data and monitor the effects of the crisis. climate.

Designed and manufactured by the Open Cosmos company, which creates and manages the Open Constellation project, it will combine the latest satellite telecommunications capabilities with Earth observation sensors and advanced data processing capabilities. The information processed from the satellite project teams will be available for partner agencies and entities to access and analyze through Open Cosmos' data sharing platform, DataCosmos.

The device that will orbit the Earth will prioritize taking images of Catalonia, which is why the Institut Catogràfic i Geològic de Catalunya (ICG) has participated in promoting this new component of the NewSpace strategy. In this way, the Menut will have the capacity to take images of five meter resolution of any area and analyze them with the latest artificial intelligence technologies that will allow monitoring the impact of climate change.

From the Generalitat they add that the data obtained by the Menut will provide essential information to influence key aspects of land management such as the analysis of the productivity of crops and soils, the prevention and detection of forest fires and planning and supervision. urban and rural development, among others. In this way, the executive also hopes that the launch of the nanosatellites will increase the projection of the Catalan space ecosystem and its connection with other poles of innovation.

In the same launch, another Spanish space artifact will be put into orbit thanks to the SpaceX rocket. This is DRAGO-2, the second infrared camera fully developed at the Instituto de Astrofísica de Canarias (IAC).

Currently, Catalonia has almost one hundred companies and entities in the space sector that employ more than 1,500 workers and have an annual turnover of more than 800 million euros. The scope of the NewSpace represents 20% of the sector, and the Government anticipates that it will multiply the turnover and occupancy figures by four in the next five years.

The Catalan space race began on March 22, 2021 with the launch of Enxaneta, the first nanosatellite of the Generalitat de Catalunya designed to improve connectivity and provide 5G coverage.