The azulgrana Memphis Depay had in his boots the winning goal for the Netherlands against Poland (2-2), but he missed a penalty in the final stretch of the match. 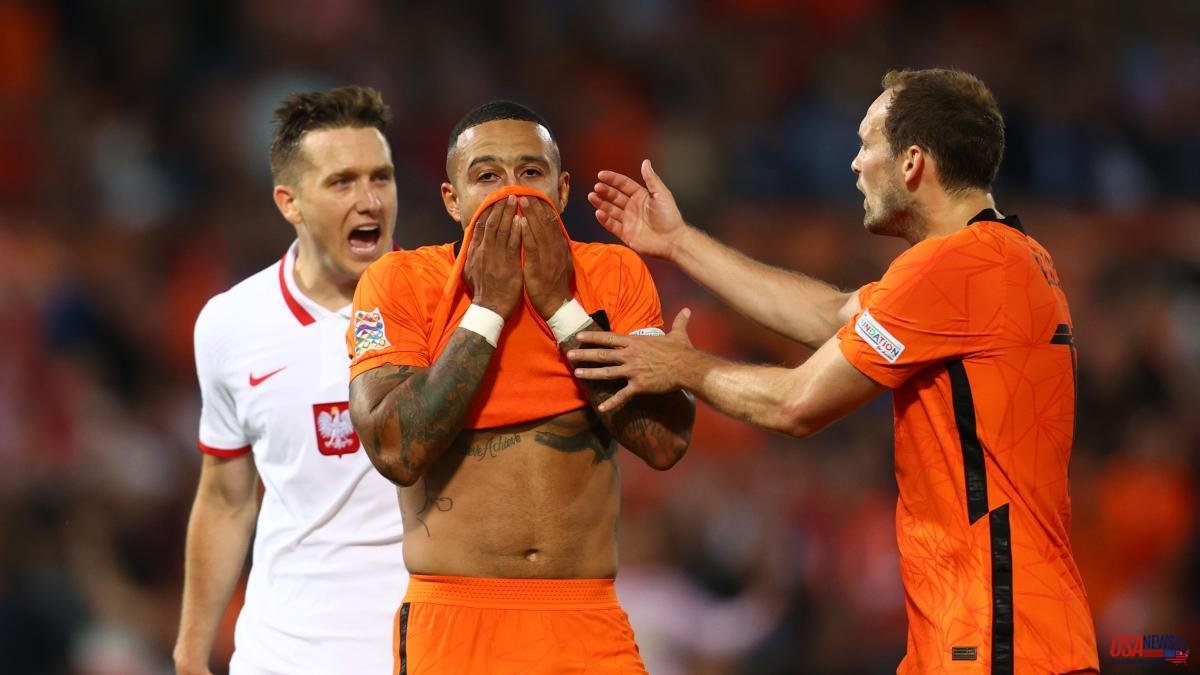 The azulgrana Memphis Depay had in his boots the winning goal for the Netherlands against Poland (2-2), but he missed a penalty in the final stretch of the match. Van Gaal's team was able to equalize in five a 0-2 against and will continue as leaders of group four of the Nations League.

Meanwhile, in the other match of their group, the new World Cup player Wales drew against Belgium (1-1). A goal from Brennan Johnson frustrated Roberto Martínez's team and curbed his aspirations in the competition. The Red Devils missed out on two key points in Cardiff to increase the pressure on the Netherlands in the race for Group leadership. To Wales, the point is worth little. Only to make up their numbers and avoid full defeats in the first three games.

In group three, Italy, which will not be at the World Cup in Qatar next November, can boast of being the leader. Yesterday a tie started at Wembley (0-0) against England in a match that rarely saw the locals very speculative.

In the other game of the group, Germany did not go beyond the draw in Hungary (1-1), which means that they are still without a win and without losing in the Nations League after three games. The draws have become chronic for those led by Hani Flick, who today had some luck as Hungary had the best chances and the most arrivals on goal.

Hungary opened the scoring in the 6th minute through Zsolt Nagy after Fiola's cross from the right that neither Manuel Neuer nor the German defenders could clear. Germany soon found the answer when in the 9th minute Jonas Hoffmann scored the equalizer, taking advantage of a long pass from Nico Schlotterbeck that went past the entire Hungarian defense. Hoffmann faced goalkeeper Peter Gulacsi and after leaving him on the road he scored into an empty goal.