The Italian press had published that the presumed future Italian prime minister, Giorgia Meloni, wanted to avoid in any way that the leader of the League, Matteo Salvini, holds an important position in the future government for being too "pro-Russian". 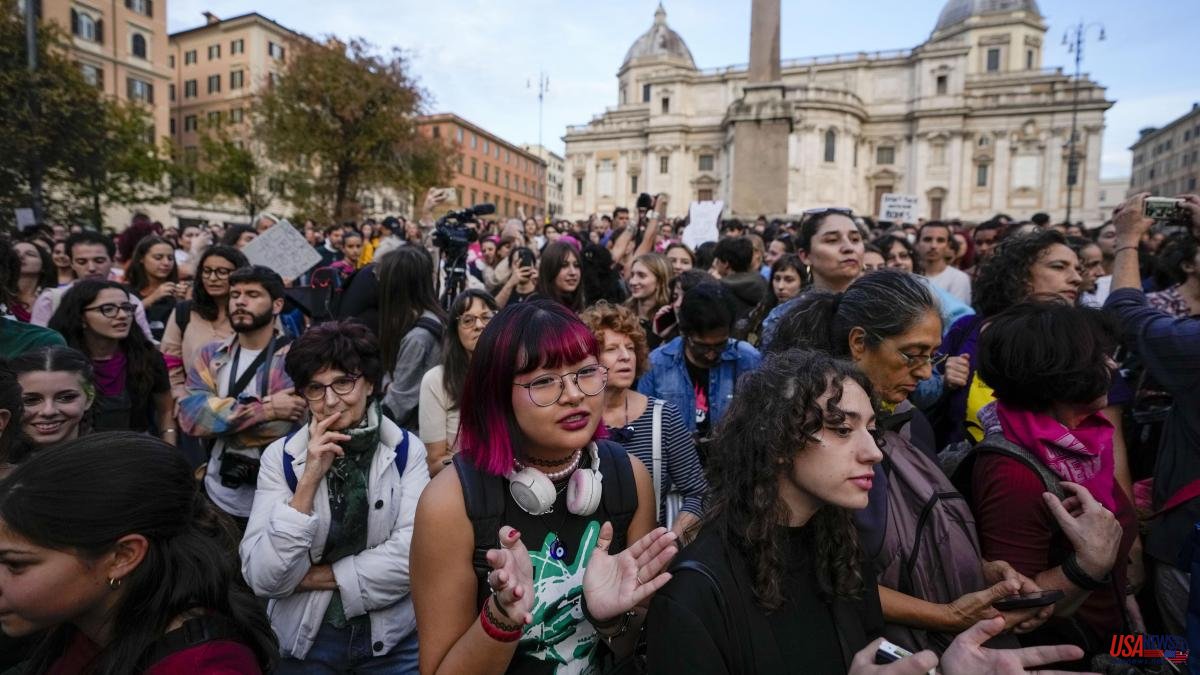 The Italian press had published that the presumed future Italian prime minister, Giorgia Meloni, wanted to avoid in any way that the leader of the League, Matteo Salvini, holds an important position in the future government for being too "pro-Russian". His ambiguity could get him into trouble with Washington, and Meloni's line remains to avoid any missteps that might alarm NATO and the EU. Not surprisingly, one of her first exchanges on Twitter was with the president of Ukraine, Volodymyr Zelensky, to whom she publicly promised that he could count on his "loyal support" for the cause of the Ukrainian people.

The tension in the right-wing coalition is evident, above all due to the humiliation received at the polls by Salvini, who did not reach 9% of the votes. To quell the rumors of an open war on the distribution of positions in the next Executive, Meloni and Salvini staged a truce yesterday with a meeting at the offices of Brothers of Italy (HdI) in the Italian Parliament, after which they sent the same statement , in which they underlined that the climate between them is one of “great collaboration and unity of intentions”. Hours earlier, Meloni had called it "surreal" that the press "invents" his statements and publishes "arbitrary reconstructions." “Let them stay calm: the united right has won the elections and is ready to govern. Enough of mystifications ”, he settled, in a message on Twitter.

The far-right is still focused on speeding up the formation of an executive that is "unassailable" from any point of view, Corriere della Sera explained yesterday, with a team of ministers who like it in Europe and also in the US. But first you have to decide what to do with Salvini. The barons of the League, who are not going to throw him out of power for the moment, have demanded that he have a weighty ministry in the government. Once the Interior portfolio has been ruled out –Meloni prefers a technician– it remains to be seen which site they choose for him. The rebellion in the old guard of the Northern League due to the poor results was mitigated yesterday after it was learned that the historic founder of the party, Umberto Bossi, has finally been elected to Parliament. It would have been a counting error.

More placid are the negotiations with the coalition's minority partner, Forza Italia. He has also met with his number two, Antonio Tajani, who should either be president of one of the chambers or an important minister. Meanwhile, the still prime minister, Mario Draghi, promised an "orderly transition, within the scope of correct institutional relations." Both sources close to the premier and Meloni denied an alleged guardianship agreement between them.

Between the silence of Meloni, who has limited himself to responding to the international leaders who have congratulated her – among them also the British Liz Truss or the Indian Narendra Modi – one of her colonels, her brother-in-law Francesco Lollobrigida, revealed yesterday that HdI has the intention to change some aspects of the Italian Constitution to make it more presidential, but also to review the principle of primacy of European Union law over national law. “The principle of sovereignty of community law over national law is also the subject of debate in other countries. In Germany, the Constitutional Court affirmed that, between the two normative systems, the one that best protects the German population always prevails, a concept that should be the object of reflection”, he explained in La Repubblica.

The puzzle of the next Italian government is gradually being defined. The intention of the leader of HdI would be that her ministers and she, who except for surprises will be the first woman to hold the position of prime minister, swear in on October 23 and not extend it until the following weekend, when the centenary will take place of the march on Rome that brought Benito Mussolini to power. The coincidence could give wings to the nostalgic and be atrocious for the image that the Brothers of Italy, a party founded by the heirs of post-fascism, want to project.