Meloni wants to be called "the prime minister" of Italy

Giorgia Meloni's first statements as head of the Italian Executive have caused a linguistic controversy in Italy. 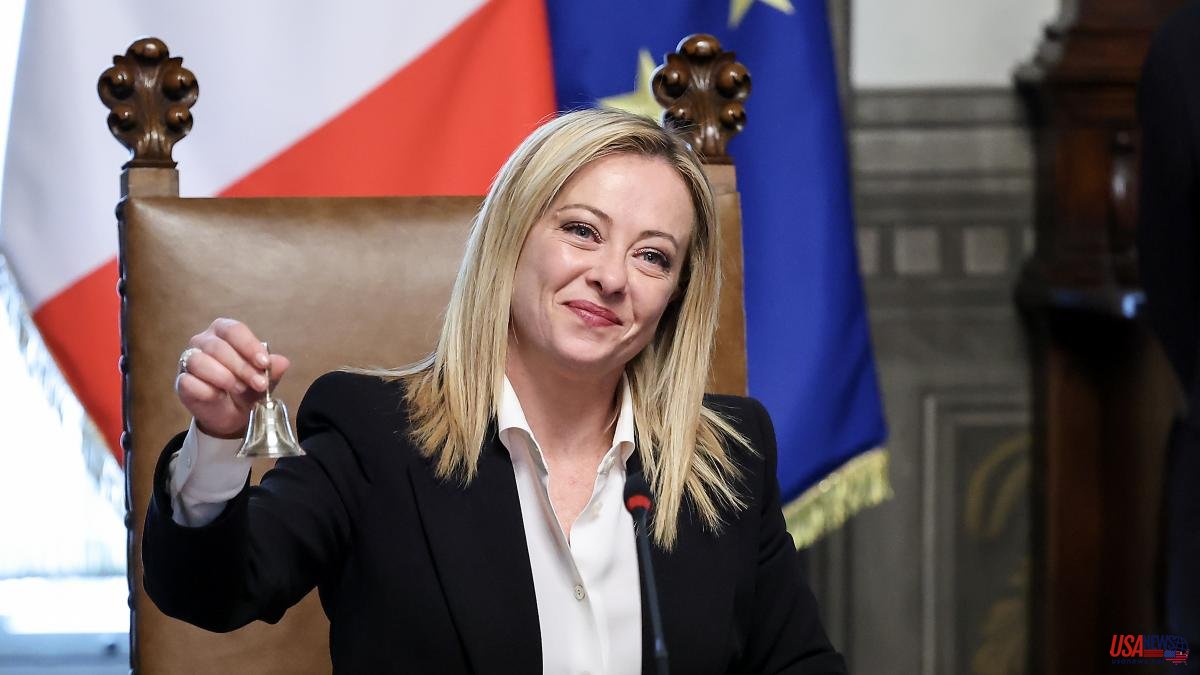 Giorgia Meloni's first statements as head of the Italian Executive have caused a linguistic controversy in Italy. The first woman in history to hold this position has chosen to be called "the prime minister", "the president of the Council of Ministers", and not "the prime minister", causing the anger of some feminists in the opposition.

"Cordial and fruitful conversation, of more than an hour between the prime minister, Giorgia Meloni, and the French president, Emmanuel Macron", wielded his press office after the impromptu meeting with the president of the neighboring country, the first international leader in see her since she took the reins of the country this Sunday.

In Italy, the gender decline of public office has been a debate in recent years. In Italian you can use both the masculine and the feminine formula, but there are still many who are reluctant to use the feminine for positions that, until now, had traditionally been held by men.

The issue has become an ideological battle since the former president of the Chamber of Deputies, Laura Boldrini, demanded that public representatives change their mentality and refer to her as "the president", in addition to beginning to use the terms " minister” or “mayor”. On the other hand, exponents of the right such as the former president of the Senate Elisabetta Casellati, of Forza Italia, or the former minister Giulia Bongiorno, of the League, clearly stressed that they wanted to be referred to as masculine.

Meloni has not given an explanation for the fact that he wants to be called "the president of the Council of Ministers", but it is not a surprise. She has always abhorred feminists, she is against quotas in political parties and on boards of directors and believes that women should advance on merit. Only 6 of the 24 ministers in her cabinet are women.

His decision has been heavily criticized by Boldrini of the opposition Democratic Party. “What prevents you from claiming his leadership in the language? Is affirming the feminine too much for the Brothers of Italy, a party that already forgets the sisters in its name? ”, He has asked on his Twitter account.

Also the largest public television union, the RAI Union of Journalists (Usigrai), has lamented that Meloni wants to use the masculine formula. The agency has recalled that under Rai's policies, women can be used whenever they exist, and therefore no journalist who works there "can be forced" to masculinize to treat the prime minister.

The Accademia della Crusca, the Italian equivalent of the Royal Spanish Academy (RAE), recalls that the use of the feminine for positions held by women is grammatically correct. “The titles in women are always legitimate, so it is correct to say the president, the premier or the prime minister. Whoever wears these feminine ones accepts a historical process that is already underway”, its president, Claudio Marazzini, has argued to the AdnKronos agency.

However, Marazzini specifies that those who prefer to use the masculine formula have the right to do so. In his opinion, "it is only a linguistic preference, perhaps already a minority, dictated by belonging to a different generation or dictated by a deliberate ideological choice."