In her memoirs, the leader of the Brothers of Italy, Giorgia Meloni, devotes ample space to the abandonment she felt as a child by her father, Francesco, who when she was very young decided to leave for the Canary Islands on a ship called the Cavallo pazzo (horse crazy) and leave her mother, her sister, Arianna, and her in Rome. 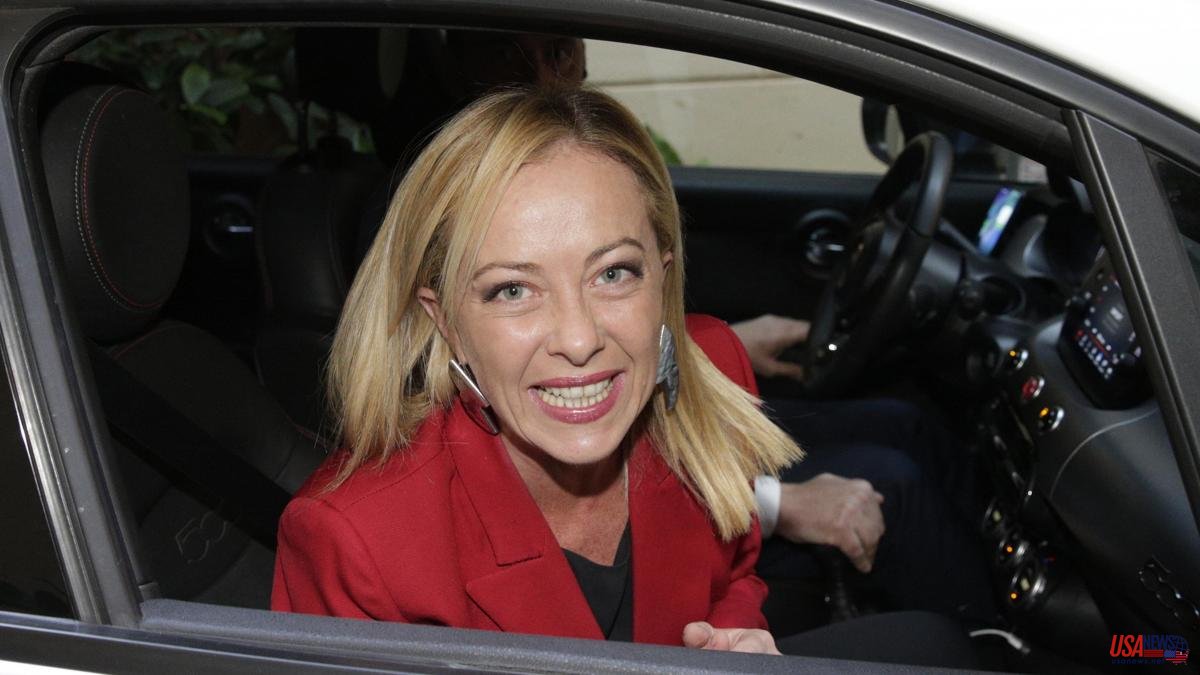 In her memoirs, the leader of the Brothers of Italy, Giorgia Meloni, devotes ample space to the abandonment she felt as a child by her father, Francesco, who when she was very young decided to leave for the Canary Islands on a ship called the Cavallo pazzo (horse crazy) and leave her mother, her sister, Arianna, and her in Rome. She used to see him in the summers in La Gomera, where she had settled and had opened a restaurant in the town of San Sebastián. But at the age of eleven, the future Italian Prime Minister – except for surprises – decided that she would never have contact with him again, and she complied, until her death a few years ago.

The victory of the extreme right in the Italian elections has turned the spotlight on Meloni's family. Specifically, about his father, Francesco. As revealed by the Diario de Mallorca, he was sentenced to nine years in prison by the Provincial Court of Palma for a crime of drug trafficking. The newspaper reports that he was arrested along with two of his children and his son-in-law in September 1995 in the port of Maó, in Menorca, with almost 1,500 kilos of hashish in a sailboat rented in France.

Asked by La Vanguardia, Meloni's spokeswoman assures that she "has nothing to say on the matter." “As is known, she stopped seeing her father when she was eleven years old and she has had no further contact with him. She has no idea what she was doing and she doesn't think she can be held responsible as well for the actions of a man she decided not to see anymore when she was a child," she points out. The news has hardly had an impact in Italy.

At trial, Meloni's father acknowledged that he was responsible for moving the drug and, the following year, he was sentenced to nine years in prison. His children and his son-in-law got four. They were not his biological children, but descendants of his then-wife and a previous relationship. According to his version, they did not know anything about what they were carrying on the ship and thought they were taking a pleasure trip. Francesco Meloni, writes the Diario de Mallorca, justified himself by explaining that he was bankrupt after losing his hotel and real estate business in the Canary Islands and that is why he accepted the request of a Moroccan, who urged him to take the enormous quantity of drugs from Morocco to Italy in exchange for some 50 million pesetas.

Once the sentence was completed, Francesco Meloni appeared twice in the regional elections of the Balearic Islands for the Ciudadanos en Blanco formation. He was also on the 2011 list for the Senate of Escons en Blanc.

The episode of his father is delicate for the presumed future Italian prime minister. She, a defender of the idea of ​​the traditional family – she is against adoptions by homosexuals – acknowledges in her autobiography that her abandonment “weighed a lot”. Not so much because he had separated from her mother, but because of her “total disinterest in her” towards her and her sister.

As he writes in Io sono Giorgia, the decisive moment was one last summer, when he left them alone for a week with his partner in the Canary Islands. Upon returning, the father made them understand that they were not "at the top of their emotional priorities." He understood that he made the right decision when, two years later, he congratulated him on his birthday with a telegram signed "Franco" (that's what they called him), and not "Dad". When he died, he was indifferent, he says. "It made me angry not to feel anything," he says. Then I understood how deep was the black hole in which she had buried the pain of not having been loved enough ”.

Today, the family issue is also a political issue for Meloni. His sister also works in the Lazio region, and his brother-in-law, Francesco Lollobrigida, is one of the party's heavyweights and controls the deputies. These days the Italian newspapers have interviewed his mother, Anna Paratore, who was a member of the post-fascist Italian Social Movement (MSI), with whom she maintains a close relationship.

In the celebration of the electoral victory, Meloni did not forget to mention them, as well as her partner, Andrea Giambruno, a Mediaset journalist with whom they discuss issues such as assisted suicide or LGBT rights. "My partner is on the left," she confessed in an interview. She had a daughter with him, Ginevra, six years old. In the midst of negotiations for the distribution of positions in the next government, the far-right has warned through her lawyers that the media should not publish images of her, nor "harass her, follow her or intimidate her."