Meeting between Lewandowski and Xavi, already in Miami

Four days later, Xavi Hernández arrived in Miami late on Wednesday to join the US tour. 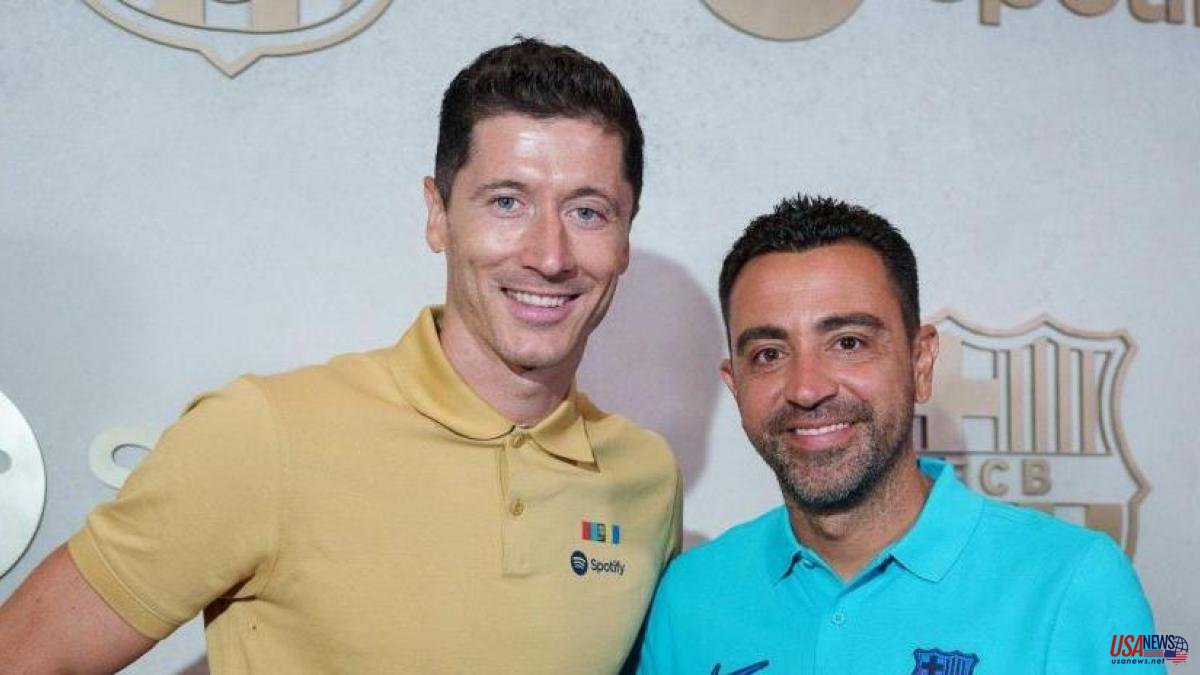 Four days later, Xavi Hernández arrived in Miami late on Wednesday to join the US tour. The visa problems were finally resolved and the Barça coach, who missed the first game against Inter Miami, will be under the team's orders starting Thursday.

"We already have him here," tweeted the official account of the Blaugrana club with a photograph of the very smiling coach. Barcelona's social networks also shared a couple of videos in which Xavi was seen greeting Robert Lewandowski, the great signing for the new season, to welcome him to the club. The Polish striker believes that Xavi has "a plan to return Barça to the top". Another video was also shared in which the entire squad appeared posing with their coach.

Xavi could not be in the peaceful friendly that Barcelona played on Tuesday against Inter Miami, a club owned by David Beckham and in which Gonzalo Higuaín plays, which ended in a scandalous beating (0-6).

As explained by Barcelona last Saturday, July 16, Xavi did not travel with the rest of the expedition "for administrative and passport reasons", although they clarified that it was planned that he could join "in the next few days".

The Barça coach had visited Iran several times in recent years as a player for Qatar's Al Sadd and, therefore, needed special permission to enter the United States.

Already with Xavi at the helm, Barcelona will travel to Las Vegas on Thursday, where from Saturday to Sunday they will play the most attractive game of their American tour against Real Madrid. The classic will start at 05:00 in Spain.