Mea culpa of the Uvalde police

There was a boy who, calmly and quietly, as he had been taught in the shooting drills, made a plea in his emergency call: “Please send the police”. 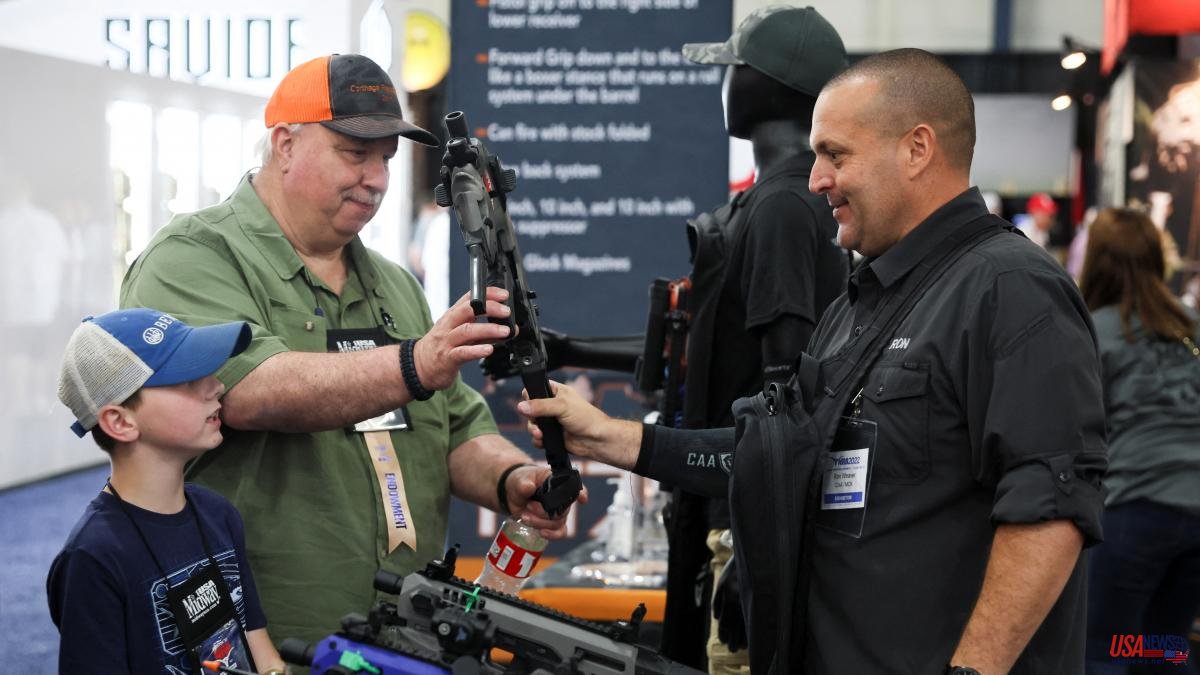 There was a boy who, calmly and quietly, as he had been taught in the shooting drills, made a plea in his emergency call: “Please send the police”.

Terrified students and teachers connected to the 911 phone while the gunman Salvador Ramos was inside the Robb Elementary School in Uvalde, Texas, entrenched in the classroom.

A total of 19 agents were waiting in the hallway of the building for more than 45 minutes.

There was a 78-minute gap between Ramos' first shots outside, and the culmination in his death. The police believed that there were no schoolchildren at risk – 19 and two teachers died – despite these requests for help.

The indignation of the parents has only grown due to police passivity. Several parents tried to come to the rescue of their children in view of the fact that the uniformed men did nothing. One of the parents even asked to be given a bulletproof vest. Others evacuated children through a window.

Steven McCraw, director of the Texas Department of Public Safety, sang mea culpa this Friday for the way they handled the attack, keeping a long wait to proceed to shoot down the gunman

The day exposed the enormous Texan contrast. In Houston, where the National Rifle Association (NRA) kicked off its annual meeting, participants addressed deployed special troops and congratulated them on their work. "I guess you have those over there under control," ironically a man with a Trumpist cap alluding to the protesters on the other sidewalk, who are opposed to "the right to kill" having more weight than "the right to live."

In Uvalde there are no congratulations to the police. "It was a bad decision," McCraw lamented when assessing how they dealt with the case. He argued that they opted to negotiate given that the aggressor had entrenched himself and they thought it would be more effective to engage in negotiation.

"With the advantage of seeing things from where I am now, of course that was not the right decision," he remarked. “It was the wrong decision,” she accepted.

The uniformed officers did not enter the class until 12:50 p.m. on Tuesday, when the special forces of the border patrols intervened. Previously they had to resort to a school janitor to open the doors that the gunman had blocked and that made it easier for them to end his life. The operation was finished off by the special forces of the Border Patrol. They arrived on the scene much earlier, but were stopped by local police for tactical reasons.

And all this only increases the pain. The crosses, and in duplicate, are in Uvalde. The 21 crosses appeared outside the front door of Robb Elementary School, the scene of the latest armed massacre at a school in the United States. And many others were placed in the central square of the city.

It is more than overwhelming to observe the emotion of many neighbors when they prostrate themselves before that symbol in search of a lost peace. Friends and relatives of the disappeared who try to console themselves and understand the incomprehensible.

In Houston, so close (only 440 kilometers, not much in the second largest state in the country), the other side of the coin was recorded with the start of the great party of the NRA, the powerful lobby that uses weapons as crucifixes for your profit.

Only three days have passed since the tragedy, but what difference does it make that these children have not yet received a burial to embitter the consecration of the pistols, and more so after two years of suspension due to the pandemic.

This appointment, in which music is not lacking, is, in reality, a market of all kinds of weapons in which parents and children find a setting for relationships.

There are casualties. Republican Governor Greg Abbott sent a video and went to Uvalde. At least half a dozen country musicians excused their presence, saying the time was not right.

What difference does it make. Once again, the star is former President Donald Trump (he didn't allow himself to be armed in his speech). On the other side, President Joe Biden is going this Sunday to comfort the families of those killed in the shooting. In NRA Houston he would not have been welcome.

In the midst of the slogans of those protesting the celebration of the party, the noise of helicopters predominates, and a spectacular police deployment on foot, by quad, by car and on horseback.

"Guns aren't to blame," replies Joe Wyle, one of the 55,000 NRA affiliates taking part in the event, considering the recent carnage. "People are dying in cars and factories are not being closed," he says.

“I have come to defend the right to have weapons, as established by the Constitution”, interjects Michael D. He despises that no other country has as many deaths as the US “Evil – he adds – always finds a way to kill and I I have to be able to defend myself."