McIlroy and Hovland, a show that is not over

The moving day in Saint Andrews did not disappoint. 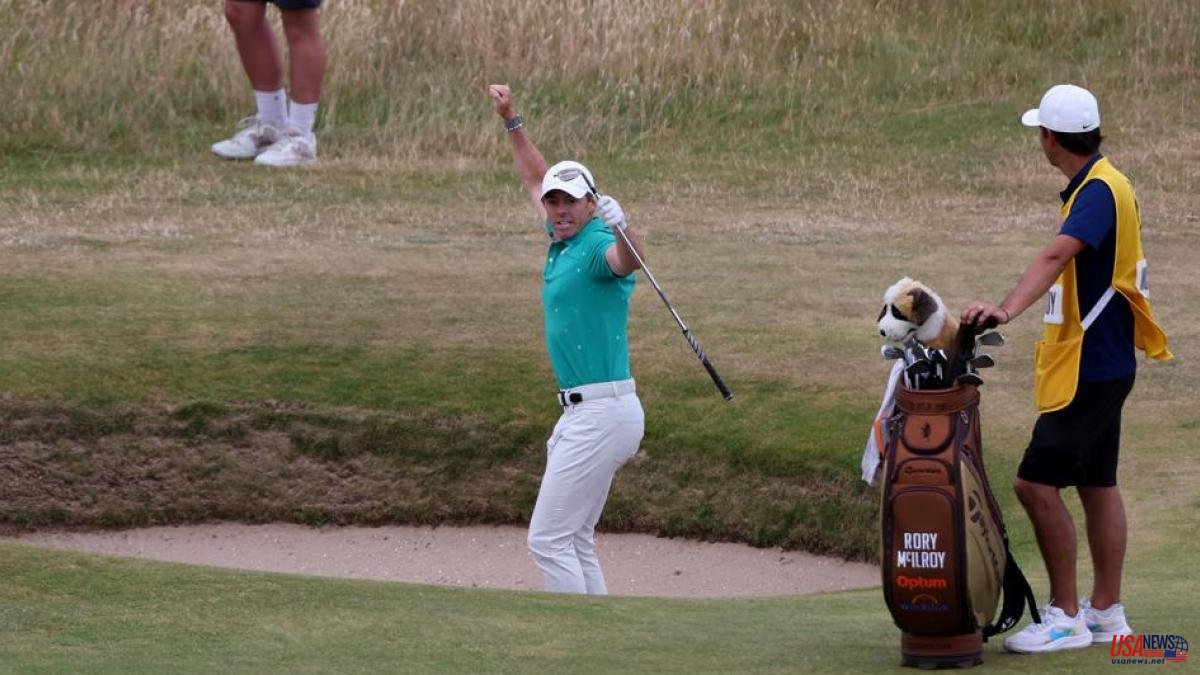 The moving day in Saint Andrews did not disappoint. Benevolent weather, just a bit of wind for the last few games, and a breathtaking list of applicants turned the third day of the British Open into an exciting and beautiful spectacle. The Scottish public vibrated like never before with a match that delighted everyone. It was starred by two good friends like Rory McIlroy and Viktor Hovland, who signed 66 strokes each and rose to the shared leadership. This Sunday, with the jar of claret at stake and four shots ahead of their pursuers, they will go out together again... and who knows if they will star in the third great duel in the British sun. The Northern Irishman will seek his fifth major, the first since 2014, while the Norwegian is a rookie in these competitions.

Theirs was a delicious game on the third day, in which both gave each other feedback with their birdies. In addition, the images in each waiting moment of both talking with a smile on their faces were wonderful. There was even a detail that says it all, when McIlroy congratulated his opponent after hole a putt. Although the public rewarded both for their show, it is not lost on anyone that McIlroy has always been one of the right eyes of golf fans everywhere, and his firm position in favor of the traditions of the sport and against the LIV Golf has just crowned him as the most admired. The Old Course confirmed this.

The most beautiful moment of the day came on the 10th hole, when McIlroy holed out from the bunker for eagle and took the lead alone. The scream of the public was heard in the confines of the United Kingdom. But the Briton paid a toll on the wild 17, like almost all golfers, committing his only bogey of the day and allowing the Norwegian to overtake him in the lead, drawing a spectacular last day.

The magnificent laps contrasted with those of the two players who had started the day at the top. After breaking all records with the putt on Friday, Cameron Smith came face to face with reality and signed 73 shots, being the only player over par in the top fifteen. The one under par of the young Cameron Young, meanwhile, was insufficient to keep pace with the new leaders.

As far as the Spanish are concerned, none of the three survivors over the weekend had a very lucid day. The best placed is Jon Rahm, who did not start his round well at all but found his way to birdie in the last few holes and was able to finish in the red (71 shots). An inverse route to that of Sergio García, who signed the par on the day after starting with birdies on 2 and 3, but whose day began to go awry in the bunkers on the green on 5, a par 5 on which ended with double bogey. Lastly, Barcelona's Adri Arnaus scored 73 shots after a lap that never really started.