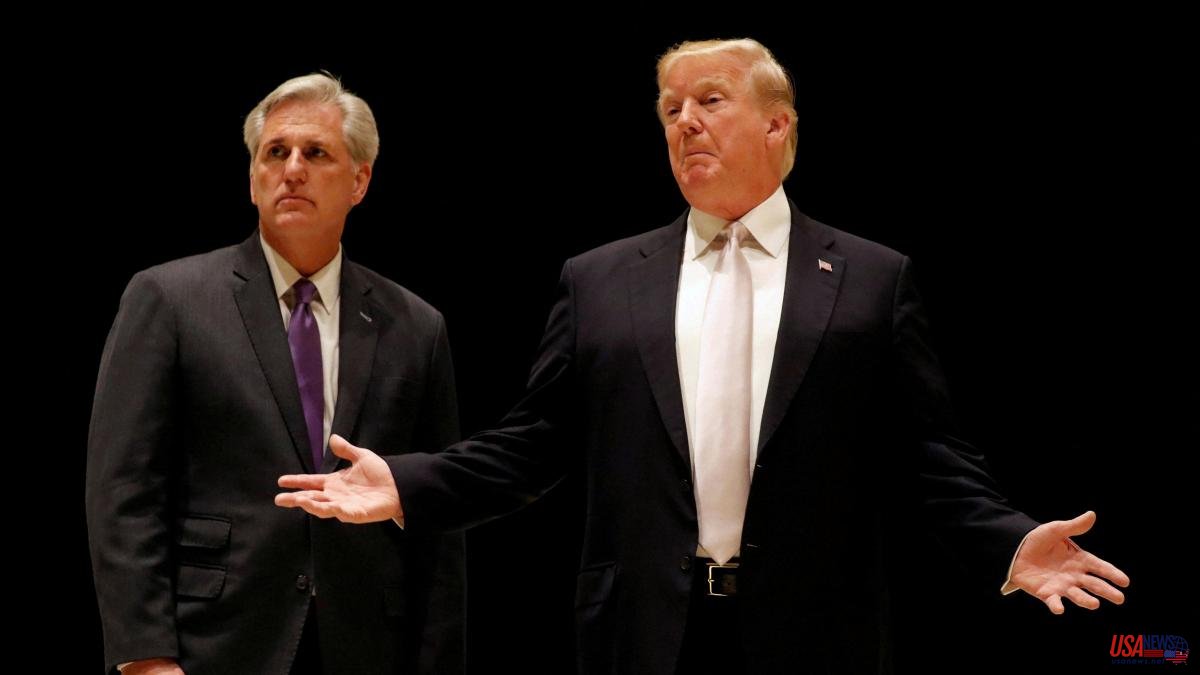 This was the first and significant sentence of the recently elected president of the United States House of Representatives in his statements to the press as soon as he left the agonizing session where, on the fifteenth attempt and on the fourth day of sessions, he finally got the job. that I have been longing for for years.

Kevin McCarthy lavished praise and homage to the ultra-fair former president two years after, in the same place, thousands of Trump supporters staged a coup attempt to try to annul the result of the presidential elections.

"I don't think anyone should doubt President Trump's influence on the vote," McCarthy said bluntly in confirmation of the information that had circulated minutes before, when it was learned that the Republican leader had called on the ultra rebels in the House to convince them to stop rejecting McCarthy's candidacy.

It must be remembered how, after that attempt instigated by Trump himself on January 6, 2021, the now president of the country's main parliamentary institution backed down from his initial reproach to the former president for his role in the insurrection and solicitously went to his residence of Mar-a-Lago.

From the outset, a week after the insurrection, McCarthy had said that Trump was "responsible" for the riots on Capitol Hill. But days later he changed his position from half to half. She went to the leader's residence in Florida, took photos with him and, as a reward, obtained an important commitment from the host: he, Donald Trump, would help him recover the House of Representatives.

In his speech last night before the press, McCarthy confirmed the former president's calls to the rebel ultras who had boycotted him until hours before, and confirmed the fulfillment of that important commitment made by Trump, at his home, after the assault on the Capitol.

It all fits. McCarthy doesn't care that Trump may be about to be indicted for the coup two years ago for concealing secret documents, for obstructing justice, for defrauding the treasury, or for any of the other crimes he is charged with both in related to the exercise of their position as for their dubious practices as businessmen. The speaker of the House of Representatives, the nation's third authority, is a Trump man. And he is proud of it.