The soap opera is over and Kylian Mbappé has given explanations. 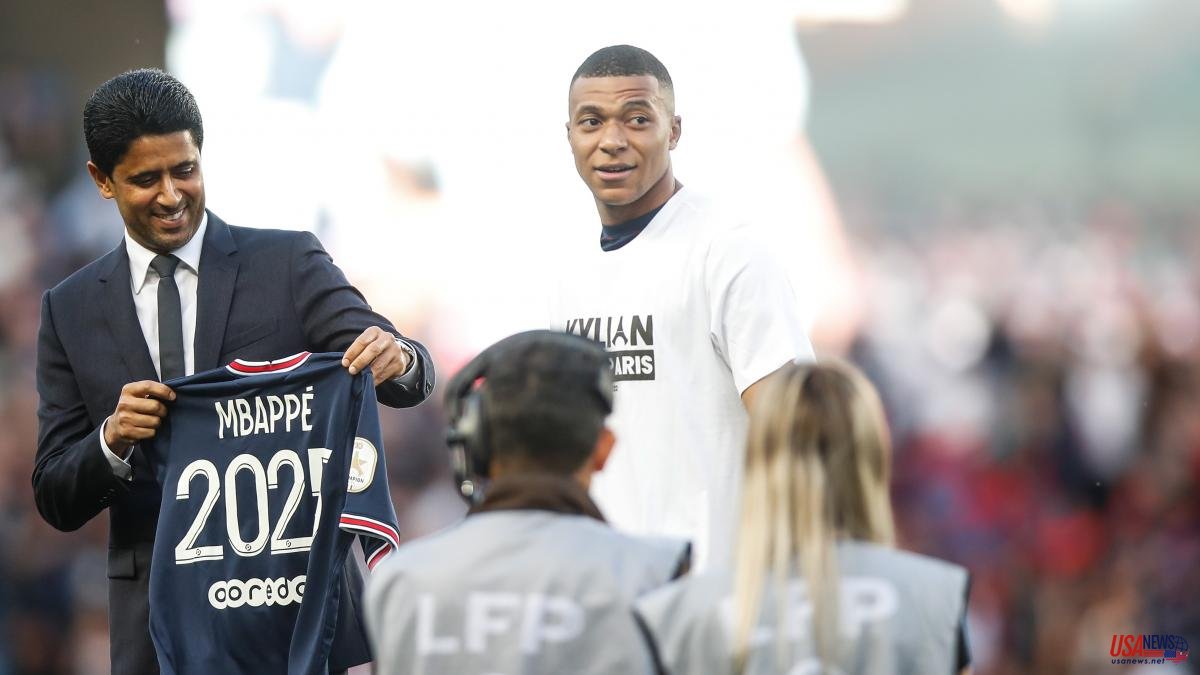 The soap opera is over and Kylian Mbappé has given explanations. After confirming this past Saturday his renewal with PSG, the French striker has published a heartfelt letter on social networks where he explains the reasons for his decision and addresses both the Parisian club and Real Madrid, his main suitor until just a few hours.

"Since I was little, instead of dreaming my life, I prefer to live my dream," the talented striker begins his text, which continues to explain in broad strokes the reasons that push him in life and especially in his short as well as prolific career as a footballer: "Since I was very young I have been driven by the same passion and the same ambition".

Mbappé, who claims to move from "challenge to challenge", explains that PSG offers him all the tools to achieve his goals and is grateful to the leaders of the French entity, especially the president, Nasser Al-Khelaïfi, of whom highlights "his trust, his ability to listen and his patience".

With the same gratitude he goes to Madrid, from which he senses "disappointment" for not having achieved his signing. Mbappé, declared a fan of the Whites, assures that he will support the Spanish team in the next Champions League final against Liverpool next Saturday in Paris. "I recognize the opportunity and the privilege that I had to be wanted by such an institution," he concludes from the Madrid club.

The future of Mbappé has been full of rumors in recent years, with information pointing in one direction and others in the opposite until practically a few days ago. The Frenchman explains that finally "the misunderstandings" have been worth it to ultimately continue "building a path to the summits, whatever they may be."

"Since I was little, instead of dreaming my life, I prefer to live my dream. It is at the same time a choice, a principle and a privilege. From a very young age, I tried to advance from challenge to challenge. From a very young age I have been building a path towards summits, whatever they may be, but always taking care to respect a line of conduct, a framework and that of others. From a very young age I have been driven by the same passion and the same ambition. Sometimes it is worth a few misunderstandings, but I accept this Be frank with me. Today I wanted to announce that I have chosen to extend my contract at Paris Saint-Germain.

I am convinced that here I can continue to grow within a club that gives everything to achieve my goals. I would like to thank the president, Nasser Al-Khelaïfi, for his trust, his ability to listen and his patience. I also have a thought for all Paris Saint-Germain fans, in France and around the world, for their countless displays of love, particularly in recent months. I also wanted to sincerely thank Real Madrid and its president Florentino Pérez. I recognize the opportunity and the privilege that I had to be sought by such an institution. I suspect your disappointment. She lives up to my doubts. I will be your first supporter for the Champions League final in Paris. In my house. I am very happy to be able to continue to evolve in France, the country where I was born, grew up and flourished. And that gives me the opportunity to pursue my dreams."