Kylian Mbappé again put pressure on the French Football Federation (FFF) by refusing to participate in a photo session of the national team to show his dissatisfaction with the use of his image by certain sponsors of the 'Bleus'. 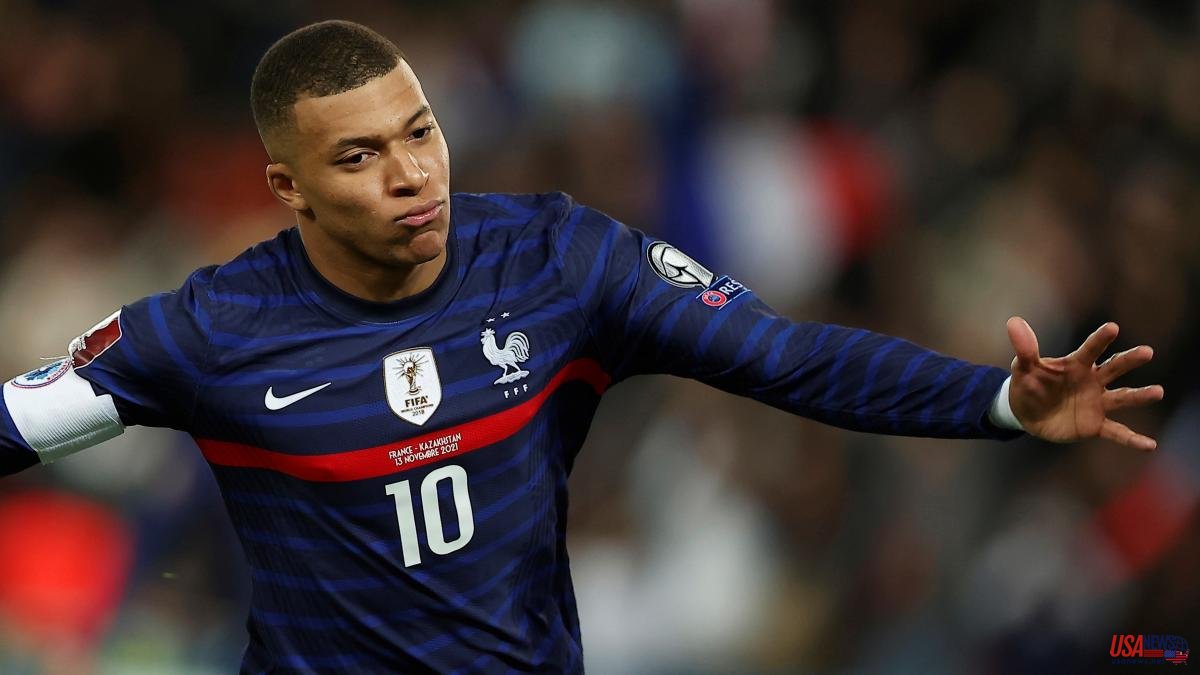 Kylian Mbappé again put pressure on the French Football Federation (FFF) by refusing to participate in a photo session of the national team to show his dissatisfaction with the use of his image by certain sponsors of the 'Bleus'.

It is the second time this year that Mbappé has refused to give up his image in publicity sessions planned by the FFF, in disagreement with the way in which he selects his sponsors.

"Mbappé and his representatives are very sorry that no agreement could be reached," the player said in a statement.

Jealous about the choice of brands (he rejects fast food or betting brands), the PSG striker, through his lawyer Delphine Verheyden, has long been asking to change the convention on image rights that Mbappé signed in 2017, when he debuted with the national team.

Mbappé, like the rest of the internationals, signed that text, which dates back to the 2010 World Cup, for which each footballer receives 25,000 euros per game with the 'Bleus'. In exchange, the FFF can sell his likeness to sponsors.

The federation, for its part, has pointed out that until the World Cup in Qatar, which begins in November, there will be no changes to that system.

The star of the team has assured that his refusal is not a question of money, since what he earns in sponsorship in the national team is donated to charitable associations, but rather that he does not want to be linked to what certain brands represent.

The player has agreements with Nike, the watch brand Hublot or the video game developer EA Sports.