Mbappé: "I've never been to Real Madrid, but it seems like it's my home"

They no longer have the same affection for Kylian Mbappé as they did a few months ago at the Santiago Bernabéu. 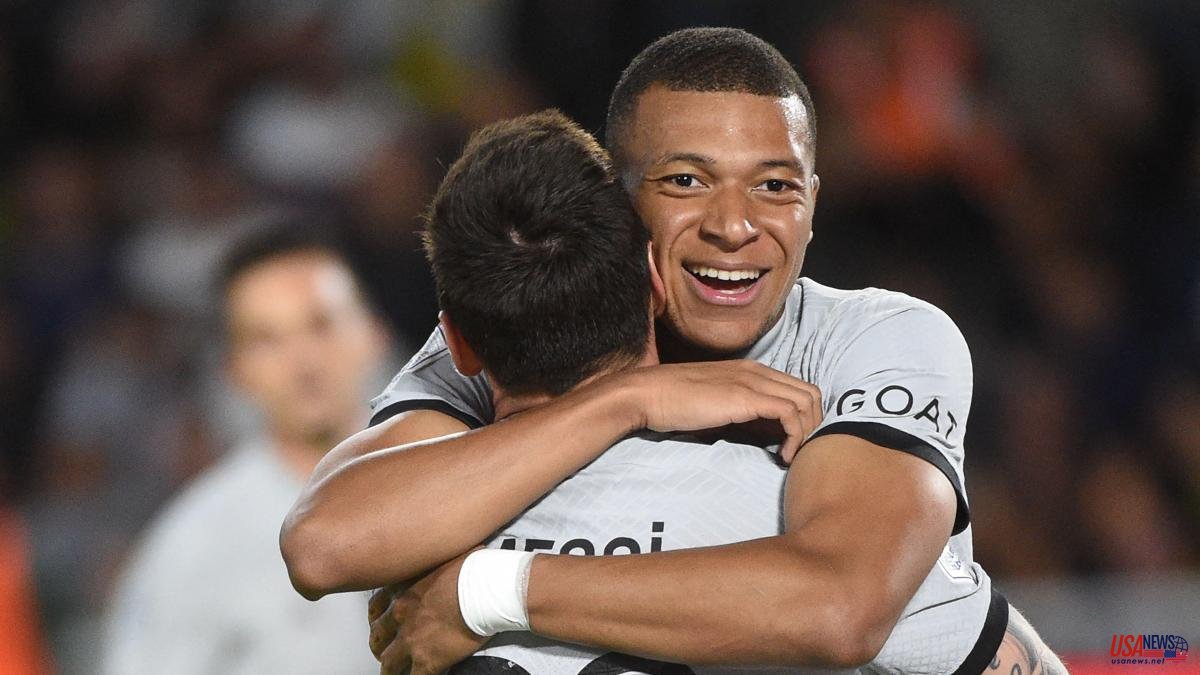 They no longer have the same affection for Kylian Mbappé as they did a few months ago at the Santiago Bernabéu. After years of speculation about his hiring by Real Madrid, when it finally seemed time for his arrival at the white team, the young French attacker starred in a script twist worthy of any Hollywood movie and Paris Saint-Germain announced his renewal in style, with the pride and satisfaction of someone who has just hit the table and knocked out one of his greatest rivals in the fight for the throne of European football. A blow minimized by a new victory in the Champions League for Madrid, which sent the Mbappé issue to the background. The player himself has been responsible for reopening the drawer in an interview with The New York Times.

"I've never been to Real Madrid, but it seems as if it were my home, or something similar," confessed Mbappé, asked about his relationship with the club that everyone has been linking him to for years and with which he has a common history, since that at the age of 14 he was called to try out with the team. Among the reasons that prompted him to stay in the French capital, he highlighted the intervention of Emmanuel Macron. "I never imagined that I was going to talk to the president about my future, about the future of my career, so it's crazy, really crazy," explained the footballer.

He also confessed what Macron told him in those private conversations they had. "He told me: 'I want you to stay. I don't want you to leave now. You are very important for the country. You have time to leave, you can stay a little longer,'" assured the French international. He does not have a representative, so he, his father and his mother are in charge of managing his career and making their own decisions. His mother, according to The New York Times, "was a central figure in the negotiations with both Real Madrid and PSG."

Money seems to be the main cause behind this whole operation. There was talk of huge amounts, never before seen in the world of football. However, Mbappé assured in this same interview that his motivation was different. "Wherever I go they are going to give me money," he said. In addition, he is upset by the accusations that point to him as a despot in the PSG dressing room. He totally denies that he has set as a condition to renew having decision-making power in the signings and in the team's line-ups. "That's not my job, and I don't want to do that because I'm not good at it. I'm good on the field. And off the field that's not my role. There are a lot of people who are better than me," he said.

Asked about his future and a possible move to Real Madrid when this contract ends (he will be 26 years old by then), he does not close doors. "You never know what is going to happen," Mbappé declared, enigmatic. He regrets "having grown up as a man so quickly", but he assures that it is the life he had always wanted to have. "It's a different life. But, like I say, I'm happy. And I'm grateful," he concluded.

On the other hand, the PSG player starred in an episode in which Bruno Le Maire, French Minister of Economy and Finance, had to intervene publicly. He criticized Mbappé for his laughter over the controversy over PSG's plane rides and stressed that "everyone must take climate change seriously."