Mbappé: “Football in South America is not as advanced as in Europe

After months of soap operas about his continuity at PSG or his signing for Real Madrid, Kylian Mbappé has once again been the center of all the headlines. 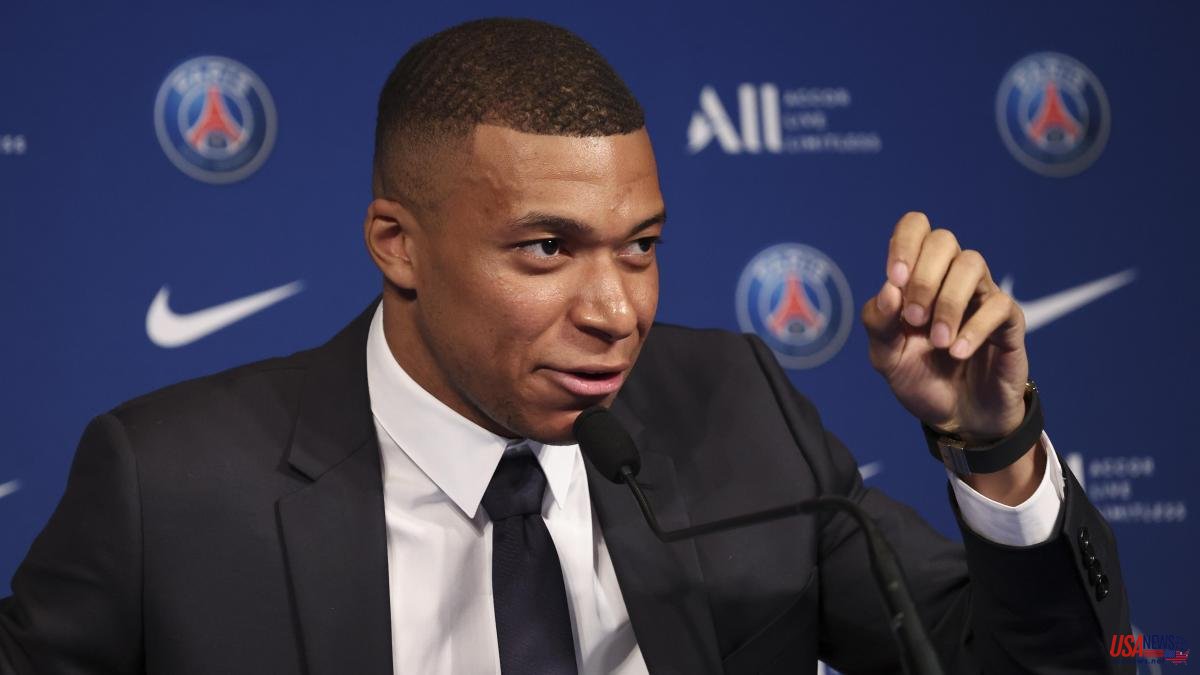 After months of soap operas about his continuity at PSG or his signing for Real Madrid, Kylian Mbappé has once again been the center of all the headlines. The French striker, who has just renewed with the Parisian club until 2025, made controversial statements about the football level of South American teams.

In an interview with TNT Sports Brasil, Mbappé stated that the level in Europe is higher than in countries like Brazil or Argentina: "In South America, football is not as advanced as in Europe, and that is why when you watch the latest World Cups World it is always the Europeans who win”, he assured. The world champion with France in Russia 2018 was asked about the favorites for the next World Cup in Qatar to be held at the end of the year: "There is France and I think Brazil is also a good team," he said.

Mbappé insisted that European teams start with an advantage due to the competitive level on the Old Continent: “The advantage we have here is that we always play high-level matches, we have the Nations League, for example. When we get to the World Cup, we are ready. And Argentina and Brazil do not have that, ”he sentenced in controversial words that have not gone down well on the other side of the Atlantic.

One of the most annoying was Sebatian 'Loco' Abreu. The former Uruguayan soccer player responded to Mbappé on ESPN: “How many titles does France have, and how many European Championships, 15, right? Uruguay has two World Cups and 15 Copa Americas. Wikipedia was missing for Mbappé.” For the now sports commentator, the fact that European teams play each other "does not mean that these Europeans are first level". “The Europeans win because of the number of Europeans who go to the World Cup. There are 13 from Europe, the more, the more likely”, Abreu sentenced.

The Uruguayan pointed out that the preparation for these appointments has changed over time: “There is no way to prepare you because they compete with each other. It doesn't happen like before that on FIFA dates you could play against Germany, Holland or Spain”.

In the interview with TNT, Kylian Mbappé also spoke about how he has lived in recent weeks until his renewal by Paris Saint-Germain was announced: “It was difficult to make the decision because you want to make the best one. It is about my future that we are talking about and we don't want to make a mistake." The French striker explained why he decided to stay in Paris: “One of the factors was my gratitude to PSG, from France, because I am French. To stay in my country a little longer and give them the opportunity to take advantage of my talent and I think that gratitude was important here.