Kylian Mbappé keeps plucking the daisy a few weeks before his contract with PSG ends. 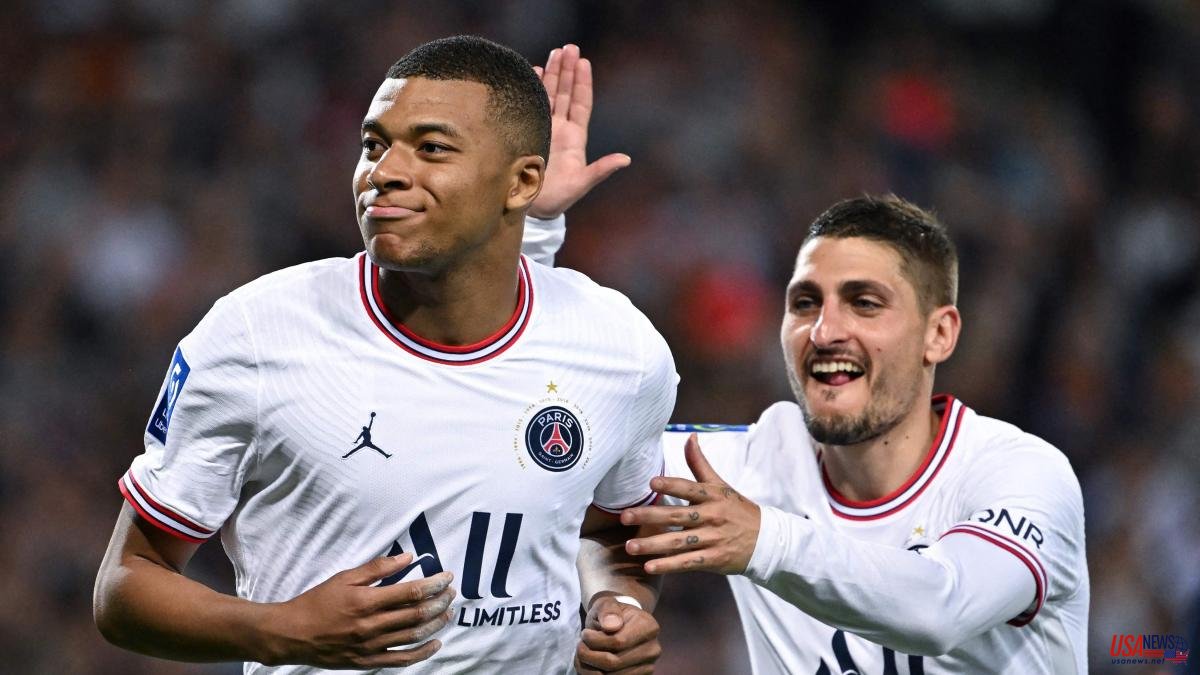 Kylian Mbappé keeps plucking the daisy a few weeks before his contract with PSG ends. Doubts about his future remain despite the fact that this week in Madrid his signing for the white club was closed. However, in recent hours it has been rumored that he could extend his relationship with the Parisian entity after another dizzying economic proposal.

The decision of whether he will renew for PSG or change venues to play for Real Madrid is still an unknown, as is knowing when he will announce it. The French press assures that Mbappé could reveal his future this weekend. Be that as it may, what can be taken for granted is that this Saturday night, against Metz -a rival against whom he curiously debuted-, the Parc des Princes will see his star in action for the last time... at least this season.

PSG will celebrate the tenth league title in its history in front of its fans and Mbappé will have his moment of glory at the end of the match, as he can become the top scorer (25) and top assists (17) in Ligue 1, something that It has never happened in the French championship. The French attacker will have a good opportunity to address the fans who have cheered him since he arrived five years ago from Monaco. But nothing guarantees that this is the scenario in which he reveals the best kept secret, which the player is turning into a suspense novel seasoned with rumors of all kinds that his entourage is responsible for feeding and denying.

This has been the case in recent months, in which the striker has dedicated himself to exercising his goal-scoring profession with an extreme level of professionalism, becoming the best element of PSG, which has further increased the appetite of his suitors. Every time they have asked him, the player has assured that the reflection is open and it seems to be so if he takes into account that, a few hours after announcing it, nobody is capable of betting with certainty what his future will be.

The latest news came from Egypt, where a media outlet published that the player's mother, Faiza Lamary, assured that they have a similar agreement with PSG and Real Madrid while waiting for Mbappé to decide to sign one of the two contracts. According to L'Équipe, the footballer's environment has confirmed this information, although he clarifies that it does not come from his mother.

Last summer, Mbappé asked to leave Real Madrid, which he has assured on many occasions that it is the club of his dreams. But PSG's Qatari owners rejected a €180m offer from the Bernabeu and forced him to play one more season on the banks of the Seine, hoping to convince him to renew.

In that period, they put on the table a millionaire offer to make him the center of their project for the next few years, ahead of other stars such as Lionel Messi or Neymar. In fact, the sports policy of one of the clubs with the largest budget in the world is pending Mbappé's decision. Although the departure of the coach is taken for granted, the Argentine Mauricio Pochettino - who assured that he does not know what will happen to Mbappé - nothing is yet official, which feeds the rumors about the arrival of a weight coach who will serve to convince the striker of follow, continue.

The name of Zinedine Zidane is the one that appears with enough entity to tip the balance of the footballer on the side of continuity. Mbappé has the last word.