Mbappé case: Where Qatar rules, the sailor does not rule

Paris Saint Germain is said to be a state club, ruled by Qatar and its limitless supply of petrodollars, but Mbappe's rejection of Real Madrid's offer adds another nuance to the bond between the French club and its owners. 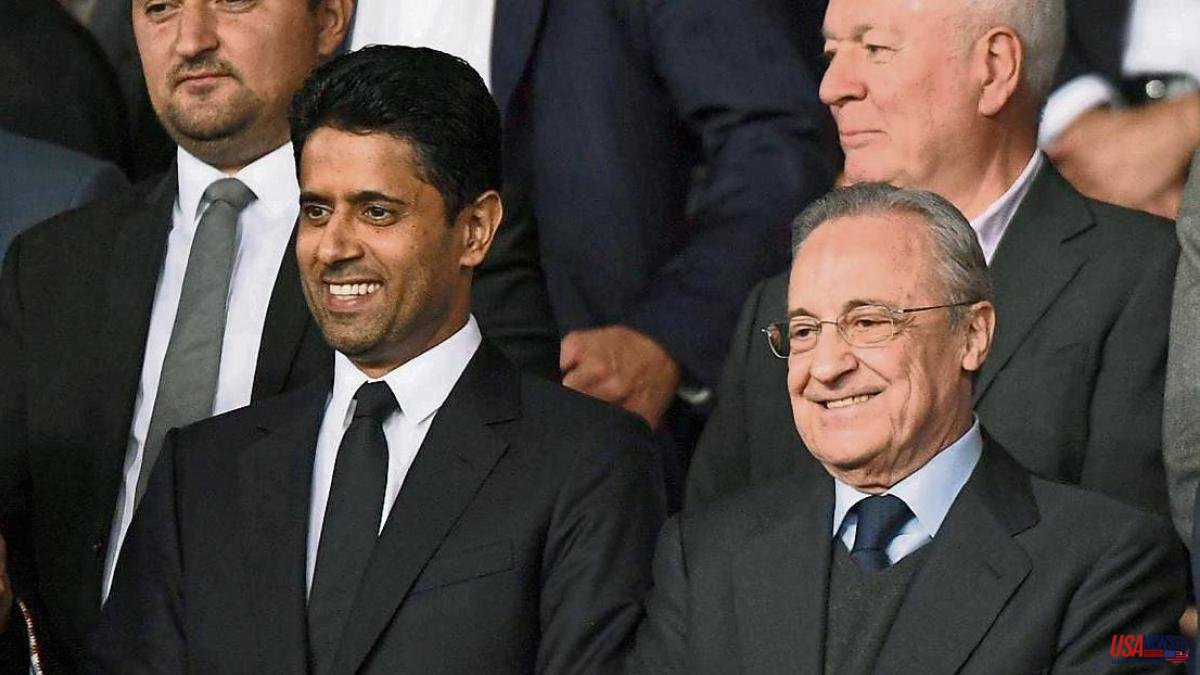 Paris Saint Germain is said to be a state club, ruled by Qatar and its limitless supply of petrodollars, but Mbappe's rejection of Real Madrid's offer adds another nuance to the bond between the French club and its owners. The most overwhelming refusal that is remembered in the history of football, and probably in that of professional sports, also deserves to be understood as a matter of State.

Through PSG, Qatar has a pompous extra-football platform in the heart of Europe, in the manner of the owners of Manchester City (Abu Dhabi) and Newcastle (Saudi Arabia) in the United Kingdom. In all these cases, football is a necessary and apparently innocuous piece of higher political and economic interests. It is clear that the unsuspected continuity of Mbappé in PSG exceeds the sphere of the club and can be related to the priorities of the Qatari regime.

In six months the World Cup begins, the most extravagant in history. It will be held in Qatar, a country with a population similar to that of Zaragoza, represented by a team that has never played in the tournament. For the first time, the dates of the competition, which were registered in the specifications observed by the countries aspiring to organize it, have been modified.

Ignorance in matters of climate and geography could be blamed for the choice of Qatar as the venue in June and July, but the decision is undoubtedly due to issues related to geopolitics and greed, so FIFA did not find it inconvenient someone to move the starting date of the World Cup from June to November.

The move informed the power of countries like Qatar on the soccer board and far beyond. Suddenly everyone learned that in summer it is impossible to play in hellish conditions. The thermometer was used to relocate the competition in a more friendly time, although extremely uncomfortable for the rest of football. For two months, the major European leagues will be interrupted to allow the presence of their best players in Qatar.

Less than a year ago, PSG rejected an offer that no one would dare to refuse. Real Madrid offered him 200 million for Mbappé, who only had five months left to be free and negotiate his future without any obstacles. The decision of Al Jelaifi, Qatari president of the French club, was explained as an act of arrogance, wounded self-love or notorious disagreement with Florentino Pérez.

Shortly before, PSG joined UEFA in the offensive that Real Madrid opened with the creation of the European Super League. Each of the two clubs officiated as railings in their sector of acolytes. The gap was accentuated with the refusal to transfer Mbappé for a monstrous amount of money, to the general stupefaction.

It was not about PSG, but about Qatar, the country that had recruited three formidable soccer players – Mbappé, Neymar and Messi – not so much to give the team a shine but to complete an unbeatable advertising poster on the eve of the World Cup, its World Cup . The poster remains unchanged. Mbappé stays in Paris.

The economic conditions of his stay in Paris are beyond imagination. He has preferred to continue in a team with little history than to join the most famous club in the world. It's hard to think that PSG made his decision, but it's easy to consider what Mbappé's presence in the Parisian team means for Qatar.

Half a minute before the World Cup, Mbappé's continuity was a matter of state, a matter of strategic scope without economic limits. At that point, Real Madrid is no match for Qatar.