Mbappé, at half-time in the final: "It's the game of our lives and we couldn't do worse"

The first part of the World Cup final between Argentina and France only had one team on the pitch. 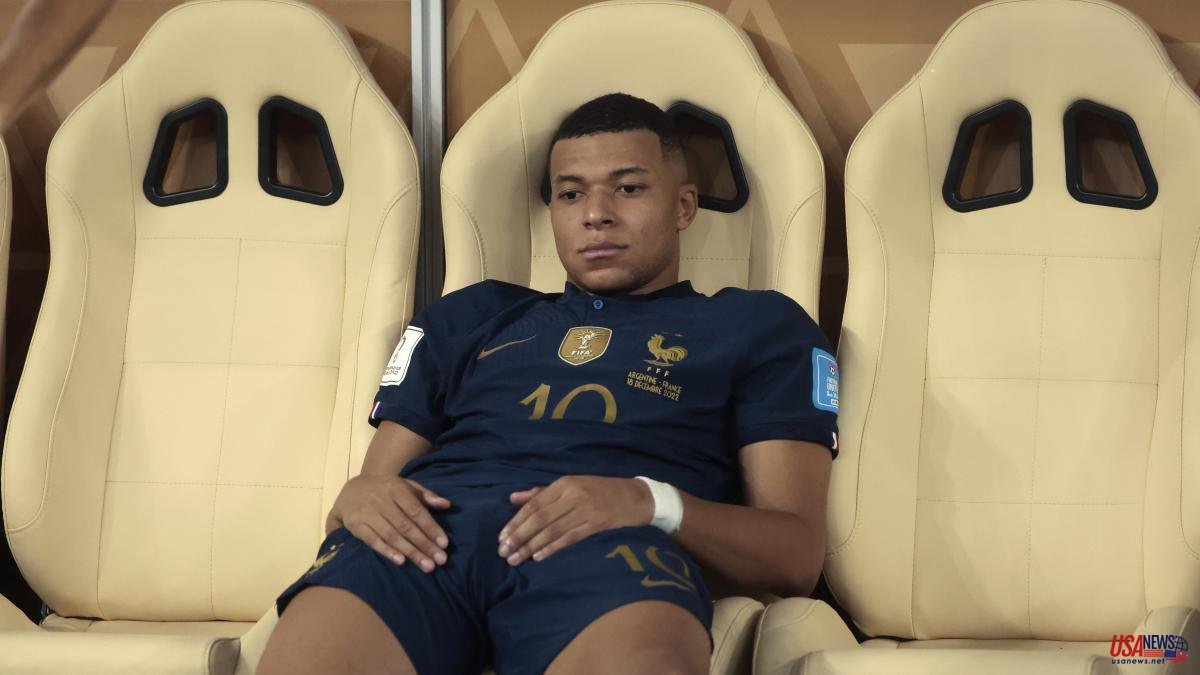 The first part of the World Cup final between Argentina and France only had one team on the pitch. The Gauls entered the game badly and were never able to resemble the team from previous rounds. Not even Kylian Mbappé was able to see the goal. At halftime the result (2-0) was devastating, but also the team's bad feelings.

In the dressing room of the French team the faces were very long, dejected and incomprehensible. There he took the floor Kylian Mbappé, star of the national team and PSG, to try to make his teammates react for the second part.

"It's the game of our lives and we can't make it worse!" Shouted the striker to begin. “Do we go back to the field and let them continue doing? Shall we stop fooling around? Shall we put on a little intensity and enter the duels? ”, He demanded.

He then asked his teammates for more because of the importance of the game. “We have to give more, it's a world cup final! What done is done. We are going to do it, there are two goals but we can come back. This is every four years, ”he concluded.

Later, coach Didier Deschamps spoke, saying he knew the difference between the two teams. "I'm going to tell him without getting angry. Do you know what the difference is? It's just that they, the rivals, are playing a fucking World Cup final and we're not!”, and he slammed the table with an open hand. They were moments of great tension that allowed France to react in the second half.