Maximum tension between PSOE and PP for the repeal of sedition

The Popular Party attacks by land, sea and air. 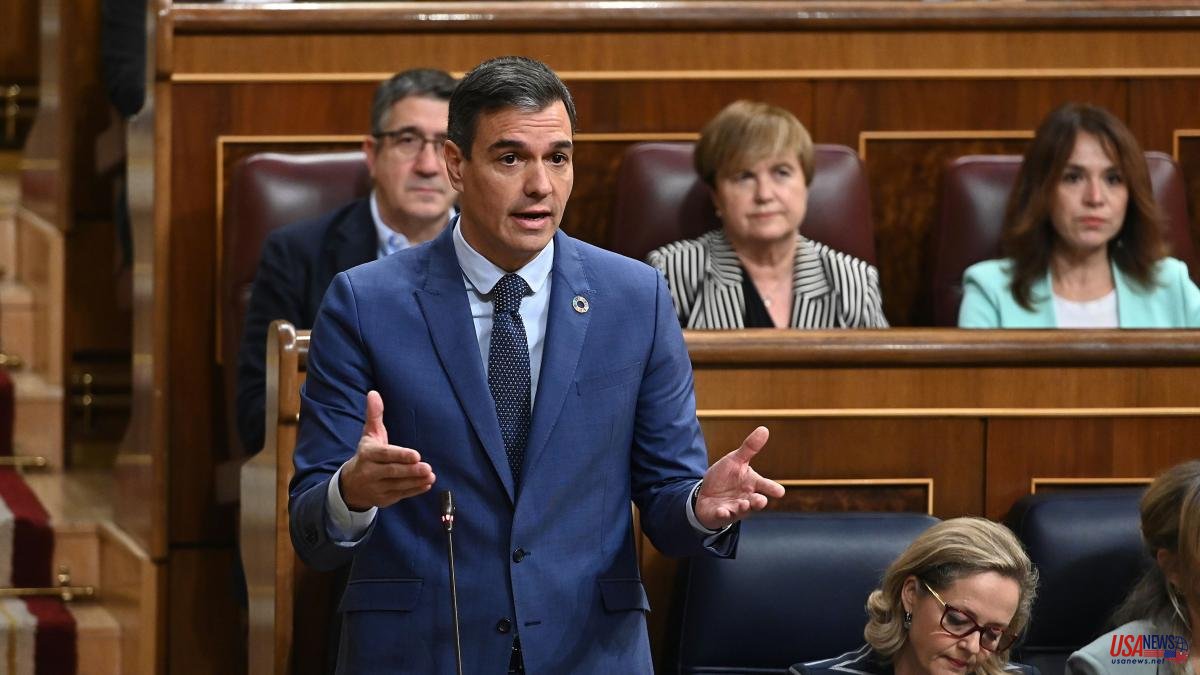 The Popular Party attacks by land, sea and air. Acts throughout Spain in a network campaign that appeals to the deputies of the PSOE, one by one, not to be "accomplices" in the repeal of the crime of sedition. With the request of the spokesperson for the popular group, Cuca Gamarra, that the vote today in Congress on the bill be carried out by appeal, deputy to deputy, out loud. Everything to test the socialist barons who declared themselves against the reform, and to be able to say, in the next electoral campaign, that they are the same as Sánchez.

The pressure that the PP directs to the socialist deputies provoked the reaction of the leadership of the PSOE. "No hand will tremble," they assure La Vanguardia, without a shadow of a doubt, convinced that the 120 Socialist deputies will vote in favor of taking the text into consideration. "In the socialist group there is voting discipline," they warn. And no deputy will skip it, they categorically affirm, to play Feijóo's game.

The PP, which today will celebrate the first of its acts throughout Spain against the abolition of sedition, yesterday launched a campaign on networks in which it addressed all the socialist deputies one by one, urging them not to be " accomplices" and vote against the text registered by the PSOE and United We Can. The popular ones appeal to the "sense of State" of the socialist deputies, and ask them to protect "the rule of law put into question by Sánchez" with their vote. For the PP, the President of the Government "has certified, once again, that his political preference is to abound in radicalism and extremism", leaving the State unprotected if the Catalan separatists again attempt "a blow to the constitutional order". .

But this strategy of the PP already hit the bone a couple of weeks ago, when it directly summoned the two regional presidents of the PSOE critical of the repeal of sedition: Emiliano García-Page and Javier Lambán. "We are not a solution to your political impotence," Page replied to Feijóo. "They must be doing very badly if they expect the PSOE to lend them a hand," he ironized. "I will not cheer on PP presidents so that they go against Feijóo, it does not seem to me that it is the way," settled the president of Castilla-La Mancha.

And the president of Aragon then spoke in the same vein: "It is incredible that the PP is attempting a socialist rebellion against Pedro Sánchez." "I am against suppressing sedition, but don't count on me for your strategies," Lambán rejected.

But far from backing down, the PP redoubled its pressure by asking that the proposal be voted by appeal. Each deputy will be called by his name and surname, and will say out loud the meaning of his vote, making indiscipline more difficult. "It is the day of truth for the socialist leaders and the deputies of the PSOE," they warned. Above all, according to Gamarra, after hearing some barons say "they oppose this."

And the PSOE denounced this accusation. "The Spanish right has always liked to make lists pointing out socialists, since Millán-Astray," criticized Rafael Simancas. "If that one did not intimidate us, these will not scare us," he settled.