If Junts finally remains in the Government, he must ensure the "maximum loyalty" to the president of the Generalitat. 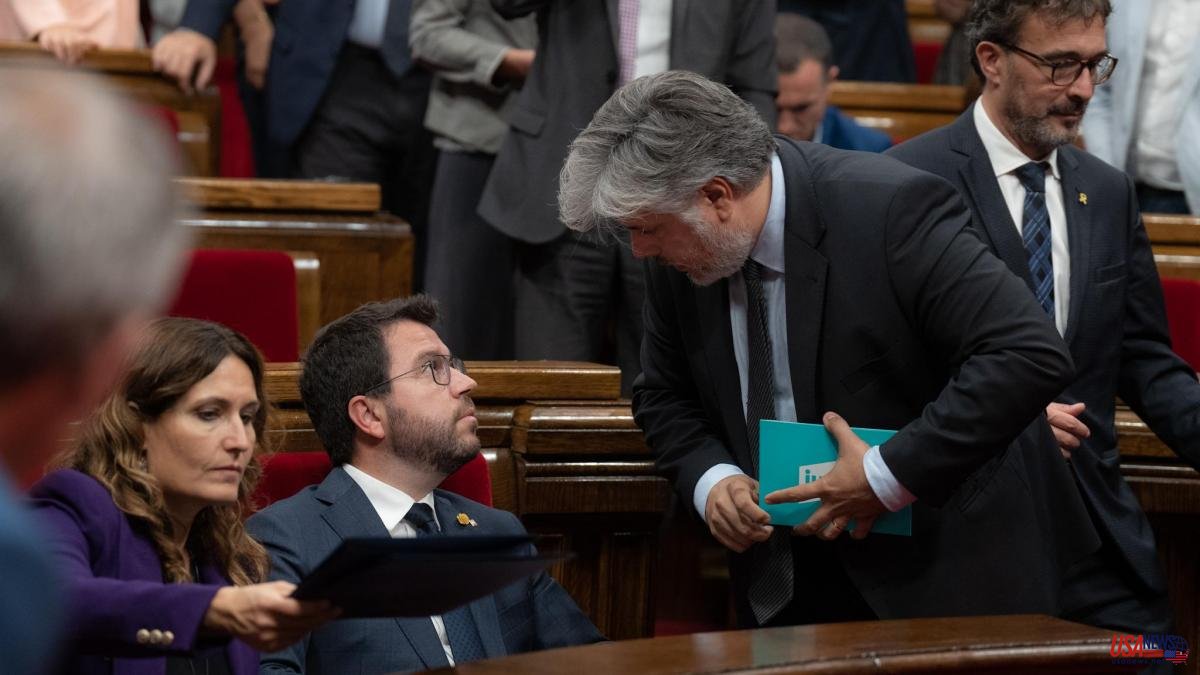 If Junts finally remains in the Government, he must ensure the "maximum loyalty" to the president of the Generalitat. This is how Pere Aragonès demanded it yesterday in Parliament. A loyalty that is expected not only within the Consell Exeutiu, but also from the JxCat parliamentary group. “An agreement that would make us the same after 15 days would be useless,” he warned. But the word is now in the mouth of the Junts militancy, which has voted since last midnight and until tomorrow afternoon at 5:00 p.m. on the continuity of the formation in the Govern de la Generalitat. But before this vote, the general secretary, Jordi Turull, will remain neutral in pursuit of internal cohesion.

In the background is that the formation must prepare for the municipal elections, eight months from now, and the leaders of JxCat will have to roll up their sleeves to rearm the space, unite the party and mend the wounds that the vote that started last night may leave as a result.

The electoral union, the body that ensures the neutrality and cleanliness of the internal process, yesterday morning asked organic positions and political representatives in the institutions not to make use of their situation to campaign. Turull accepted that request so as not to get wet, although on Monday when presenting the query he had assured that he would not put himself in profile and that he would say what he thinks to the members.

Since then, several political figures had asked the leader of JxCat to stay on the sidelines, especially considering that many cadres close to him were mobilizing for the party to continue in the Government when he had not yet spoken and it seemed likely that he would. in tune with the president of the formation, Laura Borràs, to avoid divisions. The leader ignored the union's request and announced her vote against staying in Palau. An expected vote.

After that, the syndicate requested that the positions, which continued as if nothing, be done "in a personal capacity" and that the corporate image not be used.

The communications of this body, made up of Damià Calvet, Mònica Sales, Míriam Nogueras and David Torrents –the first three, close to Turull and the fourth, to Borràs–, came after many leaders had already stated what they think, including Carles Puigdemont, who shared an article by Josep Rius in favor of the breakup.

The majority of ministers are in favor of maintaining the coalition, and Jaume Giró assured in RAC1 that Junts is a formation with a vocation to govern. On the other hand, the head of Research and Universities, Gemma Geis, affirmed that if the Government's pact is not fulfilled and the Catalan university system is jointly defended in Madrid, she does not see herself capable of continuing as minister. "I will not be able to do my job if we do not work on this complicity from here," she said in Parliament. She sounded reproachful and dismissal at the same time. Shortly after, Aragonès once again opened the door to coordinated action, as he already proposed a week ago.

Turull's position has not caught ERC by surprise. The Republicans believe that the leader of Junts is about to remain in the Government, but they see his resignation as a way to "save their skin" before Puigdemont. Moreover, they intuit that in the decision of the postconvergent electoral union there is a maneuver to cover the silence of the general secretary of JxCat. This does not contradict Puigdemont, they reason. "Nothing is casual," they point out from Esquerra.

"Either he trusts in winning and believes that he does not need to position himself, or he is afraid of positioning himself and wants to preserve himself," affirm other Esquerra sources.