Maximum alert for the eruption of the Sakurajima volcano in Japan

The Japan Meteorological Agency (JMA) has issued a maximum level alert this Sunday after the eruption of the Sakurajima volcano in Kagoshima prefecture. 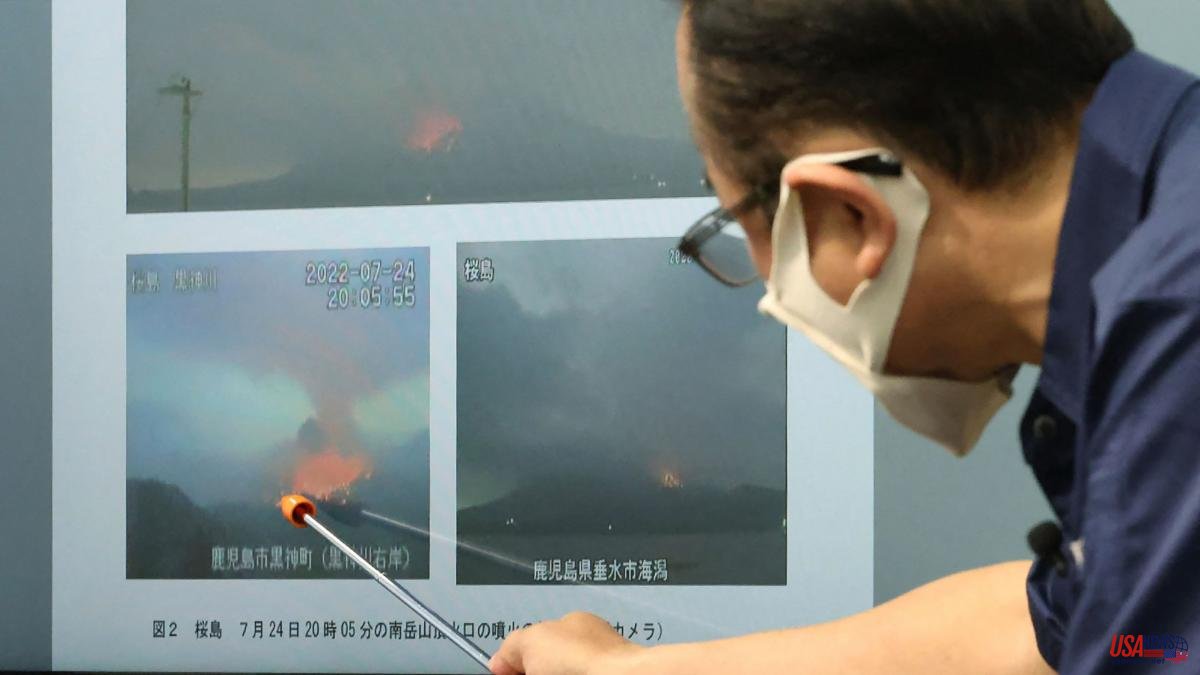 The Japan Meteorological Agency (JMA) has issued a maximum level alert this Sunday after the eruption of the Sakurajima volcano in Kagoshima prefecture. Previously, he ordered dozens of residents in the mountainous area near the volcano to evacuate.

"The residential areas of Arimura and Furusato, located within a three-kilometre radius of Sakurajima crater, should be placed on high alert," the Japan Meteorological Agency (JMA) said in a statement. The two towns have 77 inhabitants, according to data provided by local authorities.

At 8:05 p.m. (11:05 GMT) there was an explosion that sent ash and stones about 2.5 kilometers from the crater, while smoke rose about 300 meters and mixed with the clouds. For now, no damage was immediately reported, Chief Undersecretary of the Emergency Cabinet Yoshihiko Isozaki said.

After it, the meteorological agency raised the alert to the highest level, from 3 to 5, the first time it has taken this measure for this volcano, and asked citizens to evacuate the area and be careful with the rocks that could come off. The last time Japan issued a maximum evacuation alert for a volcano was when Kuchinoerabu Island erupted in 2015.

Some 600 people live within a 4-kilometer radius around Sakurajima, one of Japan's most active volcanoes, and the approach to its crater has been prohibited since 2016.

Prime Minister Fumio Kishida called on the government to "work closely with the municipality to ensure damage prevention, including through evacuations," Isozaki told reporters.

Often spouting smoke and ash, Sakurajima is one of Japan's best-known tourist sites. The country has 110 active volcanoes and is situated on the so-called Pacific Ring of Fire, where many of the world's earthquakes and volcanic eruptions occur.