Mathieu Amalric: "Imagination can help mitigate the loss of loved ones"

A woman leaves her husband and her children. 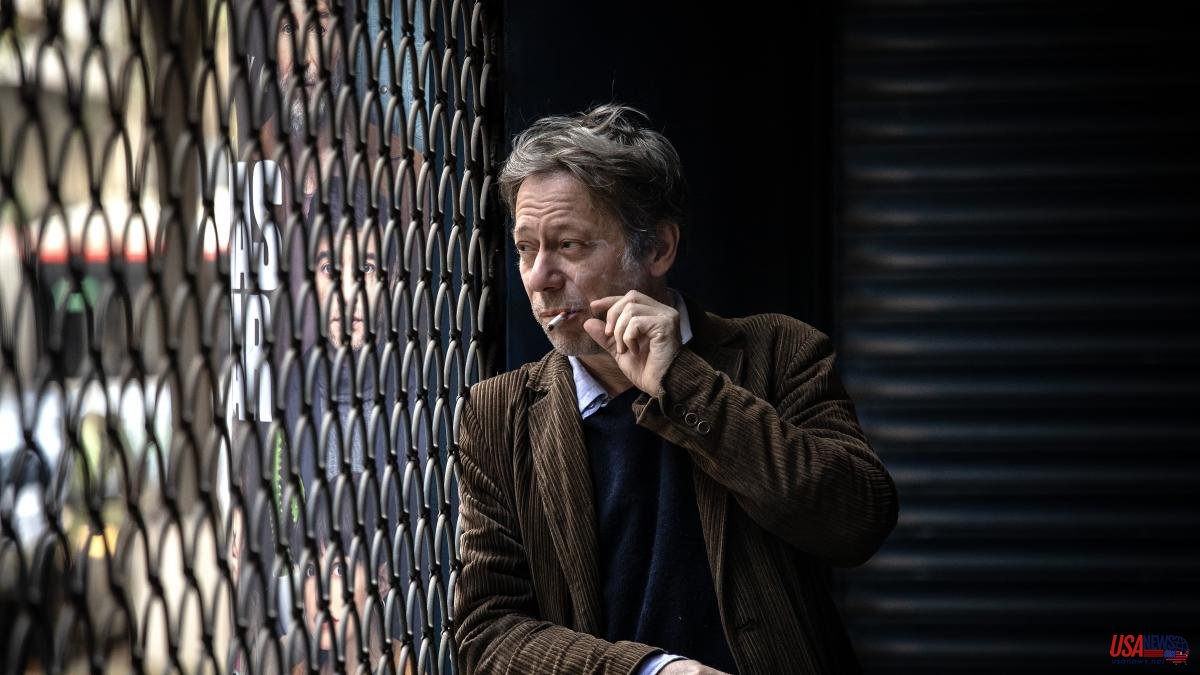 A woman leaves her husband and her children. She takes the car and leaves home. But she can tell that she still loves them, that she thinks of them, that there is some possibility that she will return home. That is the starting point of Hold Me Tight, the latest film by French filmmaker Mathieu Amalric, which explores how "imagination can help mitigate the loss of loved ones."

"The film was born from a play by Claudine Galea, Je reviens de loin. As soon as I read it, I saw that it had infinite cinematographic possibilities, there was cinema inside it," explains the director in an interview with La Vanguardia while passing through Barcelona for the presentation of the film, which will hit Spanish screens tomorrow.

Little by little, the viewer realizes that something does not fit in the flight of this woman, who is played by Vicky Krieps. She sees her children and her husband from a distance, talks to them, imagines her girl turned into a great pianist... Imagination is the key to this story conceived as "an investment because in reality they are the ones who have left and the wife, who is on hold, invents that she was the one who left so she can imagine how her family will live without her presence. It's very self-centered, I like it," says Amalric.

And he adds that "this decision by the protagonist has a lot to do with cinematography, because it is as if the character were an editor or a projectionist who passes the images inside her head, who she sees, for example, as her daughter, who plays the regular piano , becomes a great concert performer, or looks at her husband (Arieh Worthalter) naked in front of the mirror.She can do what she wants and the viewer can do the same as her and seek denial until discovering that, sometimes, what is seeing on the screen is not true".

That is exactly the game that Amalric proposes, leaving clues throughout the film for the audience to discover what is real and what is in Krieps's mind. Thus, the images of that family life without her are combined with the memories of how the couple met and those of a weekend on some ski slopes in the Pyrenees where something tragic happened, a place whose name cannot be revealed. "because I promised not to mention it in exchange for letting me shoot there."

Amalric is aware that "using the imagination can be healing, but it can also lead to the border of madness." And he remembers that "we shot a sequence in a psychiatric hospital, but I didn't include it in the film because we don't know where the madness really is." Despite this, the filmmaker acknowledges that "I almost went crazy during the pandemic. I lived through a purgatory like that of the protagonist."

Hold me tight was filmed before the confinement, then, "I was riding when the confinement arrived and I realized that I could do and undo without stopping, the order was changing, it was the hardest, we were all locked up in different places. It was a horror , I did stupid things, I couldn't move on to anything else". But the bad moment passed and the film premiered at the 2021 Cannes Film Festival where it received excellent reviews. Now it comes to Spanish theaters to invite the viewer to immerse themselves in this sometimes painful game of discovering what is real and what is the result of imagination.