The return of the women's Tour de France, after several decades of absence, is being especially eventful, with several falls. 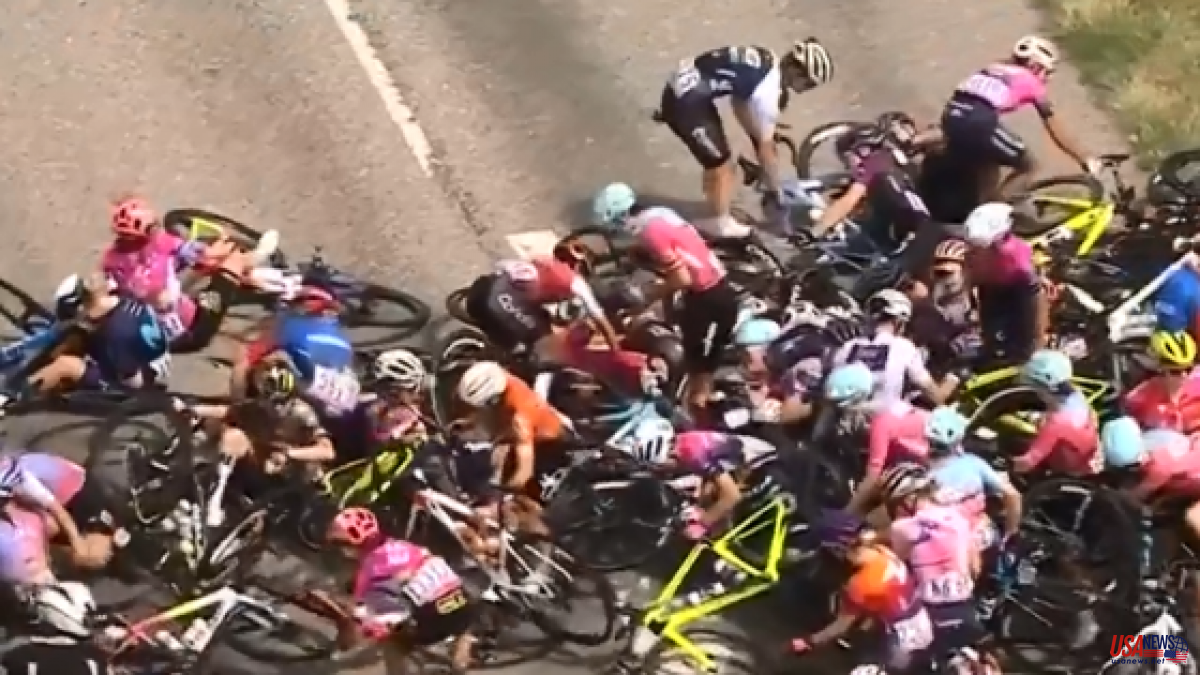 The return of the women's Tour de France, after several decades of absence, is being especially eventful, with several falls. Unfortunately, the fifth stage was no exception and with 45 kilometers to go there was a pileup in the peloton when one of the cyclists lost control of her bike in the middle of the straight.

Without time to react, the cyclists crowded by dozens on a mountain of irons due to the accumulation of bicycles, which were adding up hopelessly. Some came out unharmed, others with scratches and one of the worst stops was the Danish Emma Norsgaard, from Movistar, who was forced to abandon the race.

Faced with the massive accident, the group in front slowed down to allow those involved in the accident to link up. This unfortunate race incident joins the one suffered in the previous section by the Spanish Mavi García, who was run over by her team's car and had previously had two punctures.

Once the peloton was compacted again, the fifth stage was resolved in a sprint, but not before suffering another punctual crash of a cyclist and the confusion of the Italian Elisa Longo Borghini, who took the wrong path a few meters from the end. Launched the sprint, the Dutch Lorena Wiebes (DSM) prevailed with solvency after signing some superb final meters.

The sixth stage, 128.6 kilometers from Saint-Dié-des-Vosges to Rosheim, will take place this Friday. The last two sections, which will be run this Saturday and Sunday, will be in the mountains. At the moment, the leader of the general is the Dutch Marianne Vos (Jumbo) with a margin of 20 seconds over the Italian Silvia Persico (Valcar).