Massacre of more than 130 civilians by suspected jihadists in Mali

More than 130 civilians have died in central Mali in attacks that the government and the UN mission operating in the country (MINUSMA) have attributed to jihadists affiliated with Al-Qaeda. 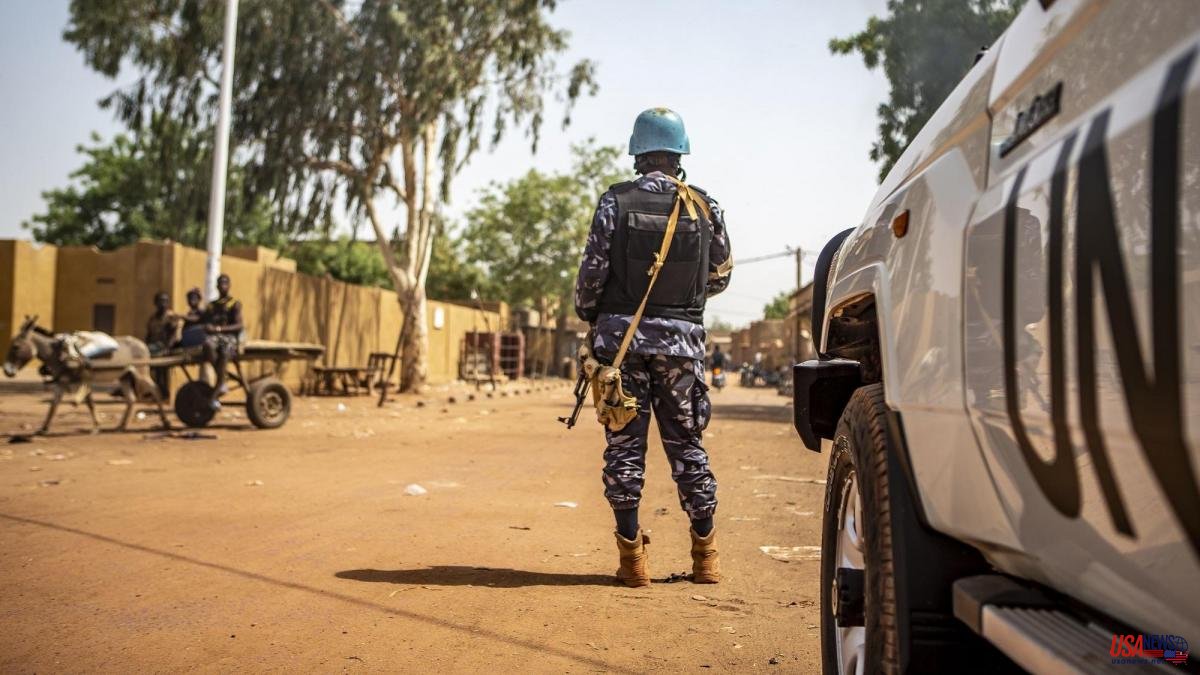 More than 130 civilians have died in central Mali in attacks that the government and the UN mission operating in the country (MINUSMA) have attributed to jihadists affiliated with Al-Qaeda. It is one of the worst known massacres in the country. Local authorities have described scenes of a systematic massacre that was perpetrated on the night of Saturday to Sunday by armed men in Diallassagou and in two other villages in the Bankass circle, one of the main sources of bloodshed in the Sahel for years.

"We lost relatives, older brothers, uncles, equipment was destroyed, animals were taken, clothes were taken, everything," said a local elected official who spoke anonymously for security reasons. "There is nothing left. Diallassagou was the richest commune in the Bankass circle," he added.

Apparently, according to the same source, the central government reacted late despite repeated warnings. "We communicated everything, but nobody did anything. The authorities were notified at 3:00 p.m., 4:00 p.m., 5:00 p.m., but they arrived the next morning at 10:00," he detailed without specifying what day. While the government says the "terrorist attacks" took place on Saturday night, some local sources say it was Friday night.

The government points to the Katiba Macina jihadist group - also known as the Macina Liberation Front and led by Al-Qaeda-affiliated Fulani preacher Amadou Kouffa - as responsible for the crimes, some of whose perpetrators, it says, have already been identified. .

Nouhoum Togo, president of a party based in Bankass, the main town in the sector, speaks of an even higher number of victims. Togo explained to Agence France Presse that the area had been the scene two weeks ago of army operations that had led to clashes with jihadists. Several dozen of the terrorists would have returned mounted on motorcycles on Friday, according to him, to take revenge on the populations.

"They arrived and told the people: 'You are not Muslims', in the Fulani language. Then they took the men, there were a hundred of them. Two kilometers away, they systematically shot them," Togo said. "Even today (Monday), we continue to collect the bodies in the villages around Diallassagou," he added.

Minusma, with a security mandate over the entire northern half of Mali, is going to carry out an investigation "in application of its mandate relating to human rights" into the circumstances surrounding the massacres. It also pledges to support the Malian authorities in identifying and bringing to justice the perpetrators of these deaths.

The Minusma points out that the attacks against at least three towns also caused the forced displacement of hundreds of people, and specifies that its "blue helmets" have helped evacuate the wounded to the closest hospital in Sévaré.

Since the beginning of the year, several hundred civilians (more than 500 people) have been killed in attacks in central and northern Mali. The attacks are attributed to jihadist rebels, as well as the Malian army, according to a report by the human rights division of Minusma. All of Mali has been plunged into a deep security, political and humanitarian crisis since the outbreak of the independence and jihadist insurgencies in 2012 in the north. The jihadist spread has spread to the center and neighboring countries, Burkina Faso and Niger.

UN Secretary-General Antonio Guterres wrote in a recent report to the Security Council that with the intensification of operations by Malian soldiers supported by foreign elements, "civilians have been exposed to violent attacks and increasing human rights violations. causing the largest number of civilian casualties recorded to date in Mali".

The military who seized power by force in August 2020 after months of popular protests directed in particular against the inability of the civilian government to stop the death spiral have made restoring security their priority. They moved away from Mali's former military allies, starting with the French, to move closer to the Russians. In December, they launched a major operation in the center of the country.

However, the Malian State, which is in a transitory process after two military coups in less than a year, does not control large areas of the country, specifically in the north and center, where the central administration is practically absent while the attacks perpetrated increase by different jihadist groups.

Civilians are subject to retaliation by jihadists who accuse them of siding with the enemy. In certain areas, increasingly extended in the center, passed by the influence of the jihadists, the latter vigorously apply their social vision. Civilians are also often caught in the crossfire of clashes between rival armed groups, including those affiliated with Al-Qaeda and the Islamic State, which are also rampant in Mali and the Sahel.