Martínmorales, the Spanish transition to the nude

I discovered Paco Martín Morales in the pages of the Barcelona newspaper Mundo Diario in the mid-1970s and I was surprised by both the originality of his drawing and the forcefulness of his ideas. 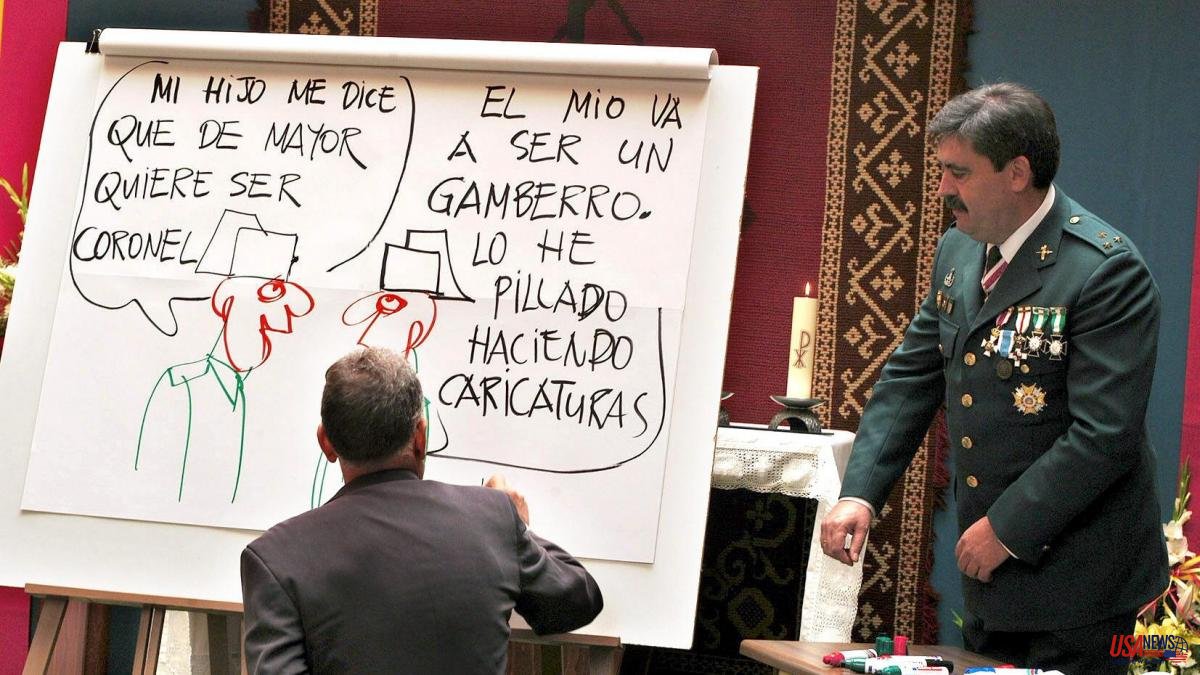 I discovered Paco Martín Morales in the pages of the Barcelona newspaper Mundo Diario in the mid-1970s and I was surprised by both the originality of his drawing and the forcefulness of his ideas.

Where did that phenomenon come from? Martinmorales was born in 1946 in Almería but it was in Granada where he began his professional career, first at El Faro de Motril and later at El Ideal de Granada. But then, at the beginning of the 70s, in the late Franco regime, the Mecca of cartoonists from all over Spain was in Barcelona and Paco did not give up until he managed to carve out a niche for himself. He had published some drawing in the DDT of the Bruguera publishing house but it was his daily drawing in Mundo Diario that gave him definitive popularity and allowed him to enter the first division of graphic humor.

Martinmorales was one of those absolutely self-taught cartoonists, so common in the panorama of Spanish graphic humor, which made his drawing very personal. What were the sources from which Paco drank for his graphic proposal? I couldn't tell, his drawings don't look like anyone else's drawings that I know.

Something similar happens with the ideas he expresses: the forcefulness of his current drawings are unparalleled. And in his collaborations in Mundo Diario, Por favor, Interviú or El Jueves, from the late 1970s and early 1980s, Martinmorales was the graphic humorist who placed the most emphasis on the shadows of the Spanish transition, satirizing that political period with harsh humor. and incorruptible. The caricatures of him by Carrillo, Fraga, Suárez, Pujol or King Juan Carlos are already essential historical material to understand that time.

Unfortunately, a domestic accident in his farmhouse in the Alpujarra, in 2010, deprived us of the last years of maturity of an exceptional cartoonist. Of the evolution that he was making in his treatment of color, for example, and that we were able to admire in the anthological exhibition that the ABC museum in Madrid dedicated to him a few years ago. A sample of his work that after 50 years of profession was a well-deserved tribute to one of the greats.