The Ministry of the Interior has set itself a new challenge: that before the year 2030 four out of ten people who access the National Police and the Civil Guard are women. 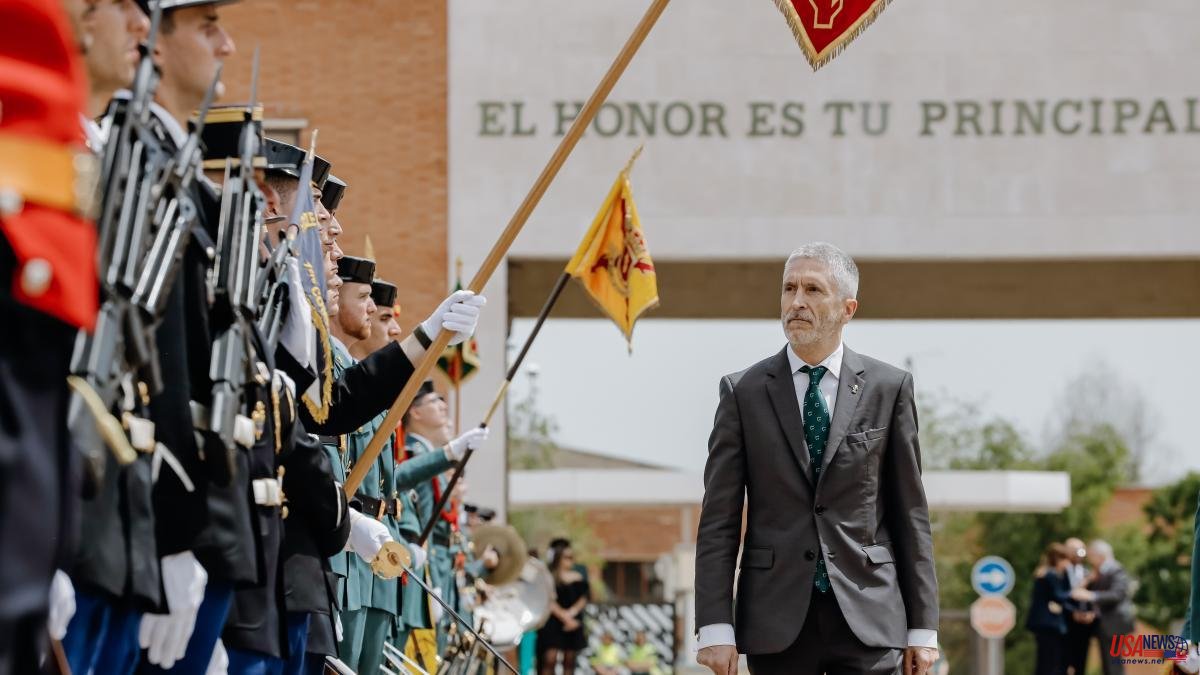 The Ministry of the Interior has set itself a new challenge: that before the year 2030 four out of ten people who access the National Police and the Civil Guard are women. A goal that today is far away. And it is that, currently, the National Police has 16.78% of women among its agents, and in the case of the Civil Guard that figure only reaches 8.97%. To do this, the ministry led by Fernando Grande-Marlaska will promote a package of positive action measures, among which the reservation of up to 40% of each selective process for women in the Civil Guard stands out.

In the case of the Civil Guard, the adoption of positive measures is intended to be effective in the different calls: both access and promotion. With the reform that the Minister of the Interior intends to promote, in each selective process of access to the scale of corporals and guards, a percentage will be reserved for women. That figure, according to Interior reports, will range between a minimum of 25% and a maximum of 40%. This percentage will operate in the three modalities of access to the body: free opposition, access from the College of Young Guards Duke of Ahumada and the catwalk reserved for members of the Armed Forces.

The procedure, as planned, will be as follows: after each selection process, the list of applicants admitted to the Civil Guard will be drawn up according to the score obtained in the different tests that comprise it. But, to ensure coverage of the percentage of places reserved for women, they will have preference over male candidates provided that, after passing the pass, the difference in points between the two is not greater than 15%.

In the case of the National Police, the plan is more advanced. Interior prepares to present this month to the Council of Ministers the royal decree that regulates the new selection processes, which includes initiatives to increase the female presence in the lists of applicants. The most notable measure is the elimination of the minimum height requirement, which until now was set at 160 centimeters. Something that, in the words of the Interior, "was discrimination against women as it was disproportionate to her average height"

But there is another novelty. Women who aspire to join the National Police may postpone their selection tests if they are pregnant, giving birth or postpartum. A postponement that will also be effective for the realization or completion of the course of access to the corresponding police practices if any of these situations occurs once the entrance tests have been passed.

Interior informs that both women and men who must postpone their incorporation to the admission course due to pregnancy, birth, adoption or fostering of a minor will be registered as civil servants in training, so they will not see their seniority reduced in the public function and favors conciliation, a situation that women always face at a disadvantage.

In the 2019, 2020 and 2021 calls, a total of 56,321 applicants attended the Civil Guard access tests, of which only 19,187 were women, 25.4. Once these three calls were resolved, of the 5,097 approved, only 21%, 1,358, were women. The positive action measures to be introduced in the selection processes of the Civil Guard, as established by the Ministry itself, must ensure that, with a horizon of 2030, the number of women who enter the body each year reaches 40% , which will allow it to increase its volume in the total workforce, which as of January 1 of this year reached only 8.75%.

"The advances in these four decades of women's access to the State Security Forces and Bodies are undeniable, but we have invested a lot of time and the current percentages are insufficient, they are far from the demographic and social reality of Spanish society" , says the Minister of the Interior, Fernando Grande-Marlaska.

“The full incorporation of women into the Security Forces will generate more efficient, fairer and closer police organizations, and this will translate naturally into more just, peaceful and prosperous societies”, adds the Minister of the Interior. Grande-Marlaska.