Marlaska once again supports the Civil Guard: "I ordered to defend the border from violent attacks"

The Minister of the Interior, Fernando Grande-Marlaska, continues to defend without any fissures the actions of the Civil Guard during the massive jump to the fence of Melilla that ended in tragedy. 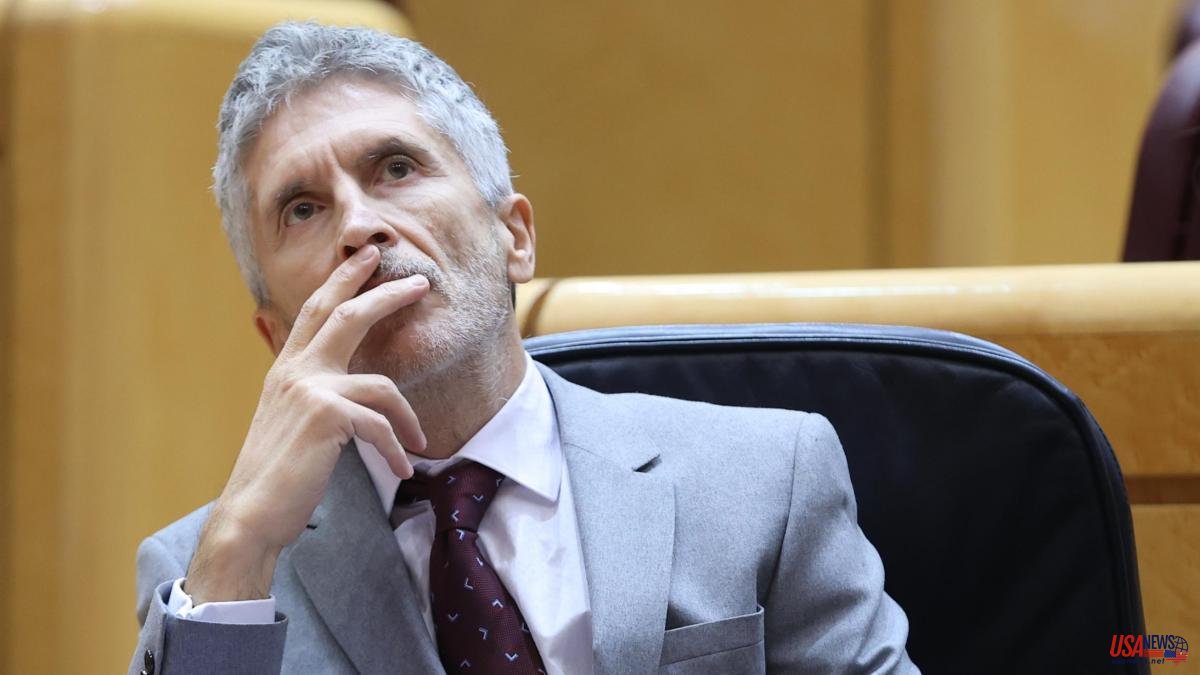 The Minister of the Interior, Fernando Grande-Marlaska, continues to defend without any fissures the actions of the Civil Guard during the massive jump to the fence of Melilla that ended in tragedy. After yesterday the Ombudsman issued an opinion in which it was stated that the agents of the Armed Institute threw stones at the migrants or made hot returns, the head of the Interior once again made it clear in parliament that it was he who gave the order to defend the border against any "violent attack".

"This minister assumes the actions of the Civil Guard as his own," Marlaska replied to the question from the Popular Party during the government control session held this Tuesday in the Senate. According to the minister, the response of the agents was "proportionate, legal and necessary." Three terms that he has been repeating for months. And such a response was in these terms, the minister has insisted, because the event was an "authentically violent" event.

To argue this, he has resorted to violent objects —a radio, an ax or stones— carried by the group of immigrants who tried to cross the border crossing in an organized manner. That morning of June 24, at least 23 immigrants died. More than fifty are still missing, as denounced by various NGOs working on the ground.

The umpteenth explanation of the minister has not been worth it to the popular ones. They have again requested the resignation "once and for all" of the head of the Interior. This time in the mouth of Senator Fernando Martínez Maíllo, who has asked Marlaska why, according to his vision, nobody believes it. "Why does he have all the parliamentary groups against him?", He snapped.

For the person in charge of the ministry, who is lying is the Popular Party. "You trust a video more [in reference to the BBC documentary that brought the Melilla tragedy back to public opinion] than official reports," the minister reproached him.

It refers to the reports made by the Civil Guard. The minister knows that the popular ones play on the wire in this matter, since on the one hand they ask for the head of their most precious prey in the Council of Ministers, but on the other they do not want to question the work carried out by the Civil Guard. That is why he has challenged this afternoon to take a position: "I don't know which side you are on: do you support the Civil Guard or not; as long as you tell lies," he asked. The Popular Party senator has not responded during his turn to reply.