For the Minister of the Interior, Fernando Grande-Marlaska, behind the tragedy of June 24 at the Melilla fence —in which at least 23 people died— is a "violent and intolerable attempt to attack the Spanish border". 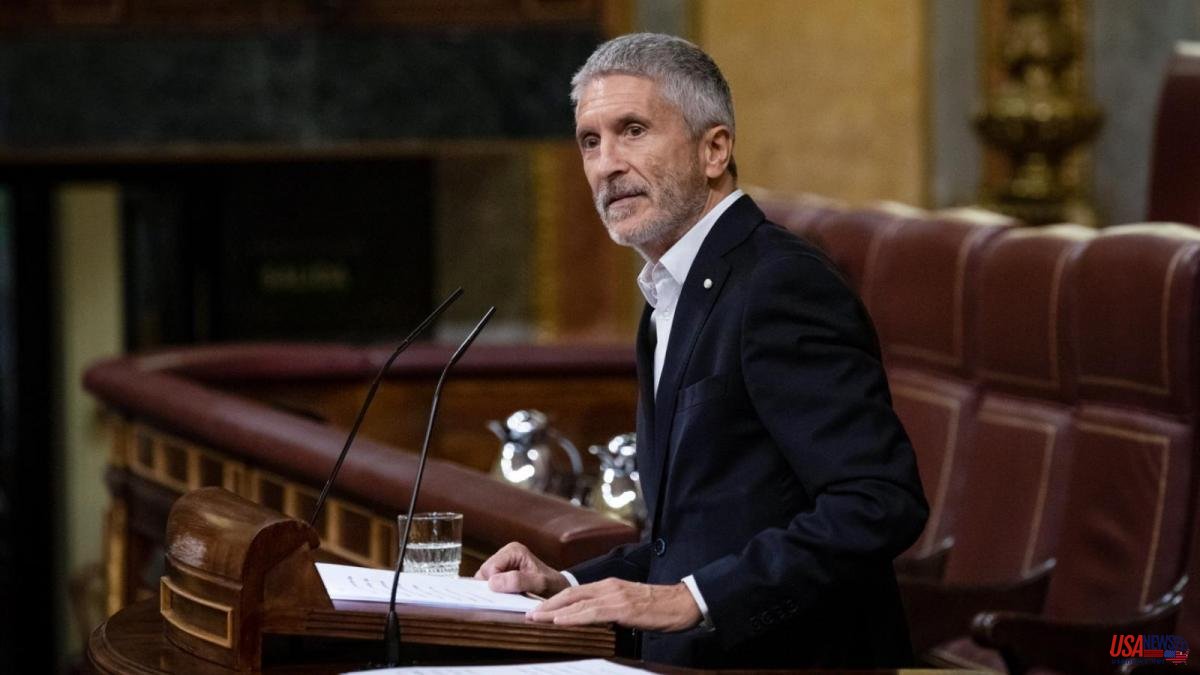 For the Minister of the Interior, Fernando Grande-Marlaska, behind the tragedy of June 24 at the Melilla fence —in which at least 23 people died— is a "violent and intolerable attempt to attack the Spanish border". An "attack", which according to the head of the Interior, obtained a "firm, serene and proportionate" response from the State. Including the "timely and proportionate" use of riot gear against immigrants who tried to cross the border.

The Minister of the Interior has appeared —after the request of all the groups of the parliamentary arch— this Wednesday in the Congress of Deputies, almost three months after the tragic event at the Melilla fence. Marlaska, who has made an effort to stress that the deaths took place on Moroccan soil, has assured that no democratic country can accept that its border —and the agents who guard it"— are attacked. "It is evident that we are talking about an episode violent attempted irregular entry that is unjustifiable," he stressed.

The head of the Interior, who has not clarified the number of deceased —some NGOs raise it to 37—, has made a chronological account of the events. Since 05:00 in the morning of June 24, when Morocco alerted the Civil Guard that a "very large" group of migrants were heading to the border crossing in an "organized" manner and carrying "offensive objects." It was two hours later when the presence of some 1,700 people was detected in the Melilla Command.

According to the Interior version, the Moroccan agents prevented a first approach to the border crossing, but a second "extremely violent" group managed to gain access to the interior of the Moroccan customs —which according to the cadastre is on Spanish soil— after breaking the doors with "maces and axes". In parallel, another group of migrants managed to scale the outer wall of the fence, which ended up collapsing. This caused hundreds of people "in no man's land" to cause a "traffic jam" that put their integrity at risk.

Marlaska has numbered a hundred people who managed to enter Melilla, despite the blockade made by the deployed Security Forces and Corps, who used riot gear in a "timely and proportionate" manner. According to the head of the Interior, there were no hot returns, but the "rejections" made at the border were "in accordance with established procedures."

Enrique Santiago, from United We Can, has asked during the parliamentary debate to "unmask" the discourse of the right and the extreme right: "There is no invasion." "There is no problem of sovereignty in terms of the management of migratory flows," he stressed.