After five years of work –a lot of work–, the cartoonist Mariscal and the filmmaker Fernando Trueba have finished another animated feature film. 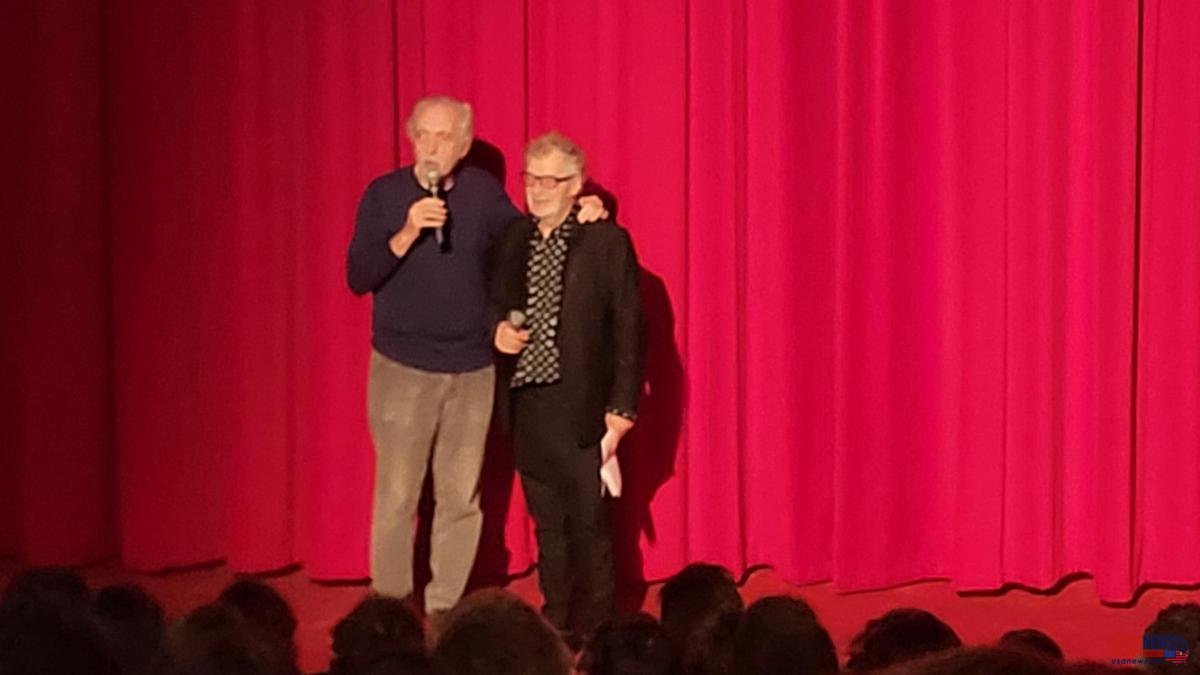 After five years of work –a lot of work–, the cartoonist Mariscal and the filmmaker Fernando Trueba have finished another animated feature film. as in boy

They shot the piano player is an explosion of Mariscalian color, with a predominance of warm, fiery, acid tones, which turn the viewing of the film into a dazzling chromatic festival, executed with greater freedom and intensity, perhaps, than in Chico

Many of the participants in the extremely laborious animation processes that have made the film possible met on Saturday in a Barcelona cinema for a first viewing, along with friends and relatives of the authors. Before seeing it, they attended a presentation of it by Mariscal, at the foot of the curtain, in which he alternated half a dozen languages, in attention to the various nationalities of those who have worked with him. It was a hilarious performance that, by itself, justified the attendance, and that contrasted with the much more modest one of Fernando Trueba.

The entire audience later went to Mariscal's studio in Palo Alto to celebrate: a diverse group formed, among others, by his old colleague the painter Miquel Barceló, who had come from Mallorca for the occasion, and by other figures who stirred up the scene cultural and alternative Barcelona in the eighties, such as Dani Freixes, Pepe Ribas, Marta Sentís, Margarita Obiols, Pierre Roca or Xefo Guasch, as well as numerous other friends, colleagues from the film industry and, also, almost all the members of the Errando clan Mariscal (formed in his day by eleven brothers). Mariscal put the finishing touch to the act by delivering gifts – a figure of the dog Julián – to his collaborators, in a house-mark ceremony in which he once again proved his mastery of the tables. "There is only one thing he likes more than drawing: clowning around," Pepe, his older brother and certainly more formal, whispered to me.