The President of the Italian Republic, Sergio Mattarella, does not want the Italian Government to end up in one of the most difficult times for Europe. 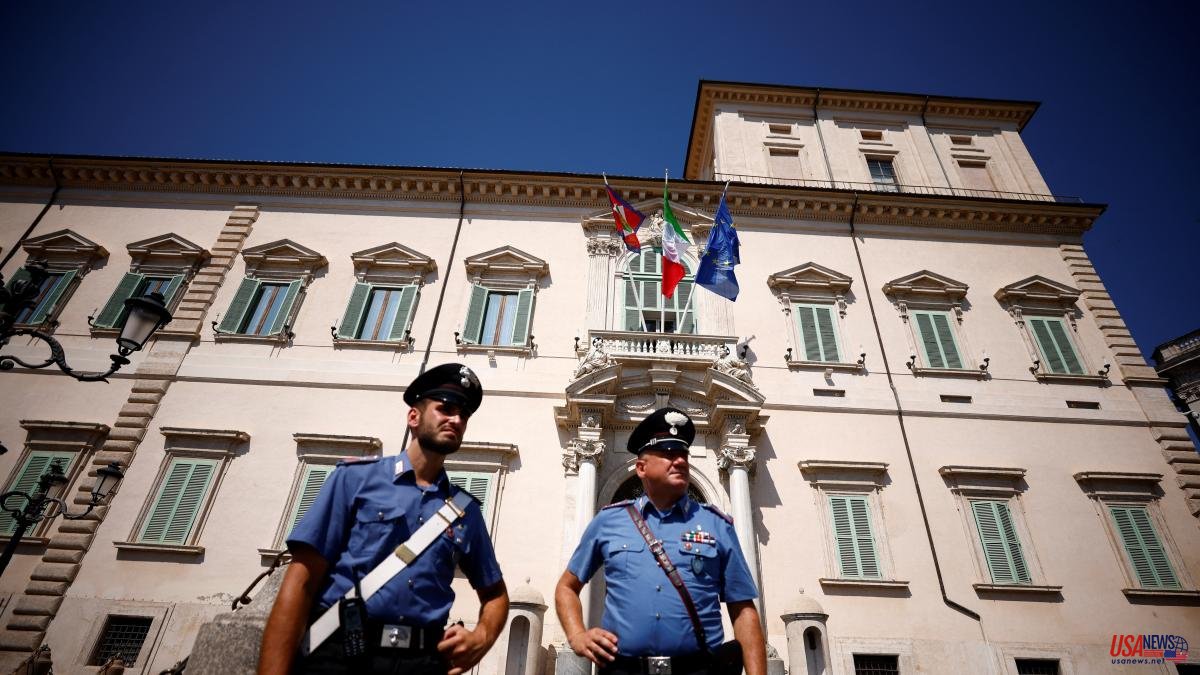 The President of the Italian Republic, Sergio Mattarella, does not want the Italian Government to end up in one of the most difficult times for Europe. Prime Minister Mario Draghi delivered his resignation tonight, after noting a fracture in the majority of national unity that has supported him since February last year. As he had announced, the 5 Star Movement (M5E) was absent during the vote on a delicate decree on measures against inflation, which the Government had presented with a motion of confidence.

However, Mattarella wants Draghi to appear before Parliament to assess whether he can still have enough support to continue governing. The decisive day will be on Wednesday, when, after an institutional trip to Algeria, Draghi will study whether the ideal conditions exist to continue as prime minister. Today, these conditions "no longer exist", as Draghi himself had communicated to his ministers.

It had been a few months since the approach of the end of the legislature, scheduled in theory for the spring of 2023, weighed on the premier, forced to deal with the nerves of the M5E and Matteo Salvini's League due to his loss of support in the polls. But in the end, the outbreak has been faster than expected. The leader of the M5E, Giuseppe Conte, has fulfilled his threat by considering aid to families "insufficient", in what is the last of the battles they have opened with the Executive, beginning with the dispute over the shipment of weapons to Ukraine . The final straw has been the intention to build a garbage incinerator in Rome -within this decree-, which according to the 'grillini' goes against the ecological transition.

In theory, Draghi could continue to govern without the support of the M5E, because with the rest of the parties (the Democratic Party, Forza Italia, the League, Free and Equal, Italia Viva and Insieme per il Futuro, Luigi Di Maio's new group) has guaranteed parliamentary support. But from the first moment he had warned that he was not going to continue as prime minister if the M5E, which he considers a very important formation – it is the second parliamentary force – separated from his National Unity Executive. “A government does not work with ultimatums. It loses the reason to exist, ”he assured this Tuesday at his last press conference.

The referee is once again Mattarella, the president who chose the economist as one of the country's most respected figures to lead Italy through the most difficult time in its history since World War II. The range of scenarios that was opening up is wide, but the head of state has chosen to insist that this executive make a new effort at a time of extreme difficulty. The last alternative would be to advance elections to the fall. The far-right Brothers of Italy party, led by Giorgia Meloni, is rubbing its hands. They are first in the polls and could easily win.

It is not the first time that Italy has been in chaos in summer. It is a classic that politicians go to war when half the country is on vacation. The last time it happened was in August 2019 when Matteo Salvini, drunk with success after the victory of the League in the European elections, played it by knocking down the executive thinking that there would be early elections from a beach bar. The bet went wrong: the PD and the M5E ironed out their differences to weave the second government of Giuseppe Conte, precisely the architect of this latest summer crisis.

Neither the war in Ukraine, nor an 8% inflation, nor the energy crisis that appears due to the risk that Russia will tighten with gas, nor the price of electricity bills, nor the economic emergency that follows two years of a terrible pandemic, nor the historic drought that threatens the country. It is very difficult to explain to Europe that not even such a delicate current situation manages to prevent Italy from once again plunging into a perfect political storm. Both the Vatican, through Secretary of State Pietro Parolin, and the EU, through Economy Commissioner Paolo Gentiloni, have called for responsibility.

Conte's attack is the last blow of despair due to the decomposition of a party that since winning the 2018 elections has only fallen in the polls, eroded by its management of power. The schism carried out a few weeks ago by his former leader, the minister of elections Luigi Di Maio, who took more than 60 parliamentarians to his new parliamentary group, precipitated everything. Nobody, not even Conte, has been able to govern their different souls. According to a grillina source, even the ex-premier tried to convince his people to avoid this crisis, without any success.