The king of Spanish literature, Javier Marías (1951-2022), who was both a boy from Chamberí and monarch of the Kingdom of Redonda, that imaginary homeland that crowned him as Xavier I in 1997, has died. 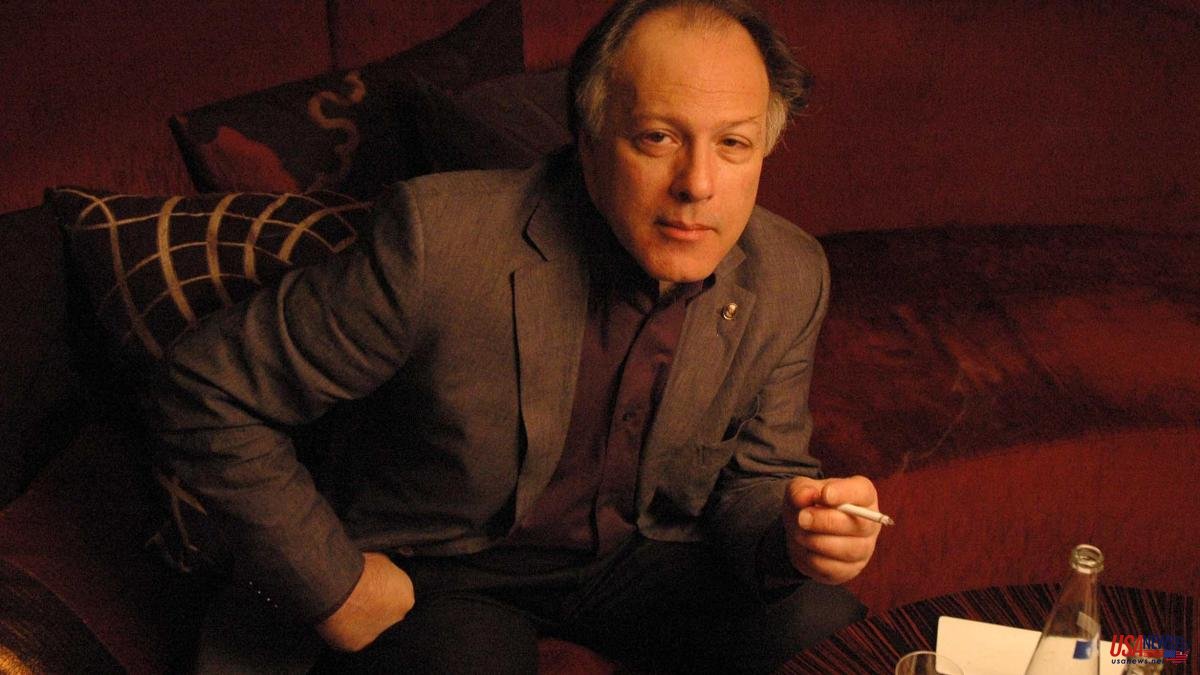 The king of Spanish literature, Javier Marías (1951-2022), who was both a boy from Chamberí and monarch of the Kingdom of Redonda, that imaginary homeland that crowned him as Xavier I in 1997, has died. The world says goodbye to perhaps the greatest of the Spanish writers of our time, who died yesterday afternoon at the Quirón clinic in Madrid, where he had been in a coma for more than a month, as a result of bilateral pneumonia that he contracted after the Covid virus.

He wrote several masterpieces, something that justifies the life of a writer, among them All souls (1989), Heart so white (1992), Tomorrow in the battle think of me (1994), the trilogy Your face tomorrow (2002-2007 ) or, last year, Tomás Nevinson, a continuation (or not) of Berta Isla (2017), where a retired spy must face a special mission, that of identifying an alleged terrorist who lives under a false identity.

He created an unmistakable style, with long subordinates and a narrative flow in the first person that reproduces the flow of thought. His narrators are not omniscient but hesitant, digressive and interested. "In my books," he told this newspaper, "floats the impossibility of knowing, of seeing anything clearly, neither the facts, nor the people", and they address issues such as deception, ambiguity, betrayal or moral dilemmas. . It is enough to read a paragraph of any of his novels to know that it is a text by Marías. “To me, those writers who aspire for each novel to be very different… If I read Faulkner, I like it to be Faulkner. And if García Márquez is not García Márquez, it bothers me.”

The first image that comes to mind when evoking Javier Marías' house in Madrid is that of the tin soldiers invading everything, as if they had launched a military action from the central hall to occupy the entire home, including the bathroom and bedroom. On the floor of that house, the only inhabited building in the Plaza de la Villa, the books were also progressively occupying everything, forming unlikely and unstable towers (sometimes one fell). The death, in 2005, of his father, the philosopher and academic Julián Marías – who lived in the same building – allowed him to expand his library through the old apartment of his father. The conversations with Marías were interrupted, from time to time, by the beeps of the fax machine, an artifact that only continued to work in his house and that seemed to date back to the time of his Napoleonic military. His novels were delivered in pages written on an electronic machine, for which it was difficult for him to find ink cartridges.

His other house, by the way, was Catalan. It was the one that his partner (for decades), Carme López Mercader, has in Sant Cugat, with whom he has spent long periods there in recent years. One of her neighbors, the philologist Francisco Rico, took the step from the house next door to appear in the pages of his novels as a luxury secondary.

His mother was the teacher, writer and translator Dolores Franco. Marías spent the first year of her life in the US because her father, a Republican, could not teach in Spain as she had refused to swear to the Francoist principles of the Movement, and she went to Wellesley College in Massachusetts to do so.

Between 1983 and 1985, Marías the Younger (as he was called, to distinguish him from his father) was a professor of literature and translation at Oxford University, a time when he befriended members of the British secret services, who often co-opt agents at select colleges in your country. For years, he also taught at the Complutense University of Madrid, until he stopped teaching in 1992.

His death has deprived him of being able to win the Nobel Prize for Literature, whose average age of obtaining in recent years is precisely in the 70 years he was. He, too, never lifted a finger to get it. The Cervantes Institute in Stockholm was created in 2005 with a request from the Government of Rodríguez Zapatero: to lobby for a Nobel Prize in Spanish. Dossiers were opened with candidates of Spanish nationality with possibilities. Its director, Gaspar Cano, contacted those few writers and "with Javier Marías it was very difficult", because he refused, for example, to attend events organized for him in order to be seen. In the face of his resounding refusal, Mario Vargas Llosa was called, and in 2006 he did not hesitate to participate in an international congress on his work, with the assistance of several members of the Swedish Academy. Four years later, the Peruvian (with a Spanish passport since 1993) won the highest literary award in the world.

Xavier I –his king's name in the literary micronation he led– undertook, from the Kingdom of Redonda, an intense work as an editor, publishing works by W.H.Auden, William Faulkner, Joseph Conrad, Balzac, R.L.Stevenson or Isak Dinensen. He had the grace to grant dozens of noble titles, to characters such as Pedro Almodóvar (Duke of Trémula), Francis Ford Coppola (Duke of Megapolis), Eduardo Mendoza (Duke of Isla Larga), Umberto Eco (Duke of the Island of the Day Before) or Milan Kundera (Duke of Amarcord). Likewise, he also translated several works, including Lawrence Sterne's Tristram Shandy.

A combative columnist, he was caricatured as a grump but a calm reading of his opinion pieces (collected in twenty books, such as Past Passions, The Nation's Villains or Will the cook be a good person?) reveals an intellectual without partisan label that put his finger on some issues such as the one he considered "the great oppression of our days": that work eats up more and more territory of what was once private life.

Juan Benet was the one who recommended Edhasa publishing house to publish his first novel, Los dominios del lobo, in 1971, highly influenced by cinema, when he was only 19 years old. Rosa Regàs, who worked there and was Benet's girlfriend, published her second book, Crossing the Horizon (1973) at her publisher La Gaya Ciencia. His next titles were El monarca del tiempo (Alfaguara, 1978), later repudiated and later rewritten, and El Siglo (Seix Barral, 1983), where he experimented with the style towards the tone that would end up identifying him. In 1986, he won the Herralde award with El hombre sentimental, which meant his jump to the Anagrama publishing house, where he established himself with titles such as Todos las almas, Corazón tan blanco or Mañana en la Batalla Think of Me. Convinced that his publisher, Jorge Herralde, was deceiving him on the sales figures of his books to pay him less, he scandalously left the publishing house to move to Alfaguara, where he published the rest of his work.

A smoker (“I have to quit, but if I don't smoke I don't write”) and movie buff, he was the nephew of the director Jesús –or Jess– Franco. “I saw Christopher Lee playing Dracula and Fumanchú – he told this newspaper – or the American Jack Palance, winner of an Oscar. He even participated as an extra in one of Fumanchú”.

He had occupied the RAE chair since 2006 and, despite the fact that he received all kinds of awards for his work, in 2011 he decided that he would not accept those of the Spanish State because, he believed, "the government has nothing to grant to a writer".

Tomorrow, in battle, we will think of you, Javier.