Marcos Alonso, Lewandowski and Christiansen, starters in a Barça without Piqué or Alba

Bayern Munich has been the black beast of Barcelona in Europe in the last two seasons. 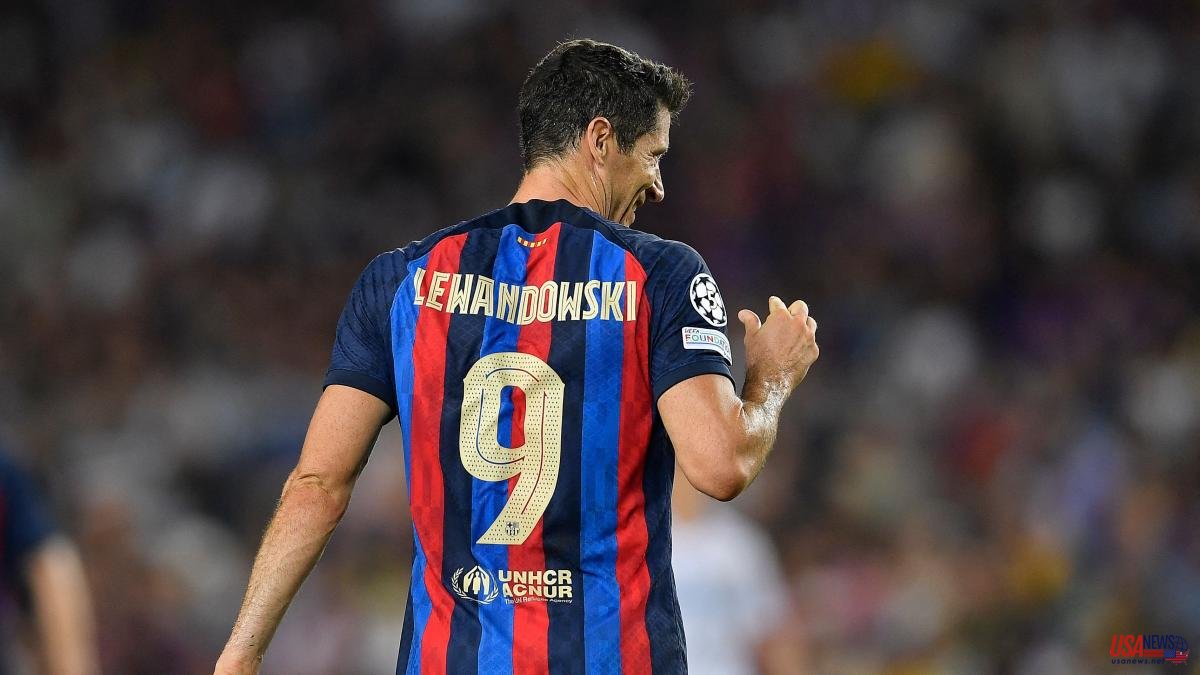 Bayern Munich has been the black beast of Barcelona in Europe in the last two seasons. But the change of face of the Barça team, which is making a practically perfect start to the season with a stellar Robert Lewandowski, means that this Tuesday's duel at the Allianz Arena at (9:00 p.m.) is no longer fearful. Xavi, who against Cádiz left the Pole out of the eleven but also Koundé Pedri and Dembélé thinking about Bayern, brings them all back for the Allianz battle. Also surprising is Marcos Alonso's debut as a starter on the left-hand side to the detriment of Alejandro Balde. Only the captain, Sergio Busquets, survives from the old guard.

The Pole, who returns to what was his home for the last eight years, will start. They will accompany him in the attack Dembélé and Raphinha. Lewandowski will step on the Allianz Arena again, four months after having closed a long stay of eight years in which he provided 344 goals in 375 games, with an average of more than one goal per game in the last three campaigns.

Xavi Hernández already made it clear before the match that experience was not important. That his choice to make the eleven would be based on personality and meritocracy. Neither Jordi Alba nor Gerard Piqué will be in the starting eleven. Marcos Alonso will occupy the left side with Christiansen and Araújo in the axis of the defense. The left-back Xavi reserves it for Koundé and not for Héctor Bellerín. The youth squad is, along with Kessié, the only two signings of the seven that have arrived this summer who are not starters.

In the center of the field Xavi recovers Pedri. He will be accompanied by captain Sergio Busquets and also Gavi to the detriment of Frenkie de Jong. The Dutchman, who scored against Cádiz, will start from the bench.

Barça has never won in Munich. Tomorrow, September 14, it will be a year since Bayern won 3-0 at the Camp Nou, a frustrating match. At the Allianz they fell 3-0. A defeat that certified the elimination of the team then already trained by Xavi Hernández.

Even more traumatic for Barça was the quarterfinal match of the 2020-2021 academic year, a tie that was played in a single match in Lisbon due to the coronavirus pandemic. Bayern swept with an unappealable 2-8.

Thus, in these three clashes, Bayern added three wins and scored a total of 14 goals. Barça, for its part, only scored the two inconsequential goals in Lisbon. But, despite this 14-2, Xavi's team looks capable of winning the Allianz Arena on Tuesday.

In the Bavarian stadium awaits a Bayern immersed in a slump in results and performance -three consecutive draws in the Bundesliga-, which has brought with it the loss of the leadership of the German tournament at the hands of Union Berlin. In between the last two draws -against Union and Stuttgart- was, however, the clear 0-2 away win against Inter in the Champions League.

In any case, Bayern arrives at the game with a vindication spirit, with some anger with the results and also with high competition for some positions in the starting line-up.

Frenchman Kingsley Coman is out with a muscle injury. An important absence. Coach Julian Nagelsmann is likely to insist on the 4-2-2-2, which gave him success in the first few games.

On this occasion it is most likely that Sadio Mané and Thomas Müller will appear up front while Jamal Musiala and Leroy Sané will play in the midfield. In the double pivot Joshua Kimmich is unquestionable and the position next to him will go to Marcel Sabitzer, who made merits in the first days.