Marc Taribó, a luxury greengrocer at the head of Camarasa

Marc Taribó (Barcelona, ​​1983) defines himself as a man of simple tastes. 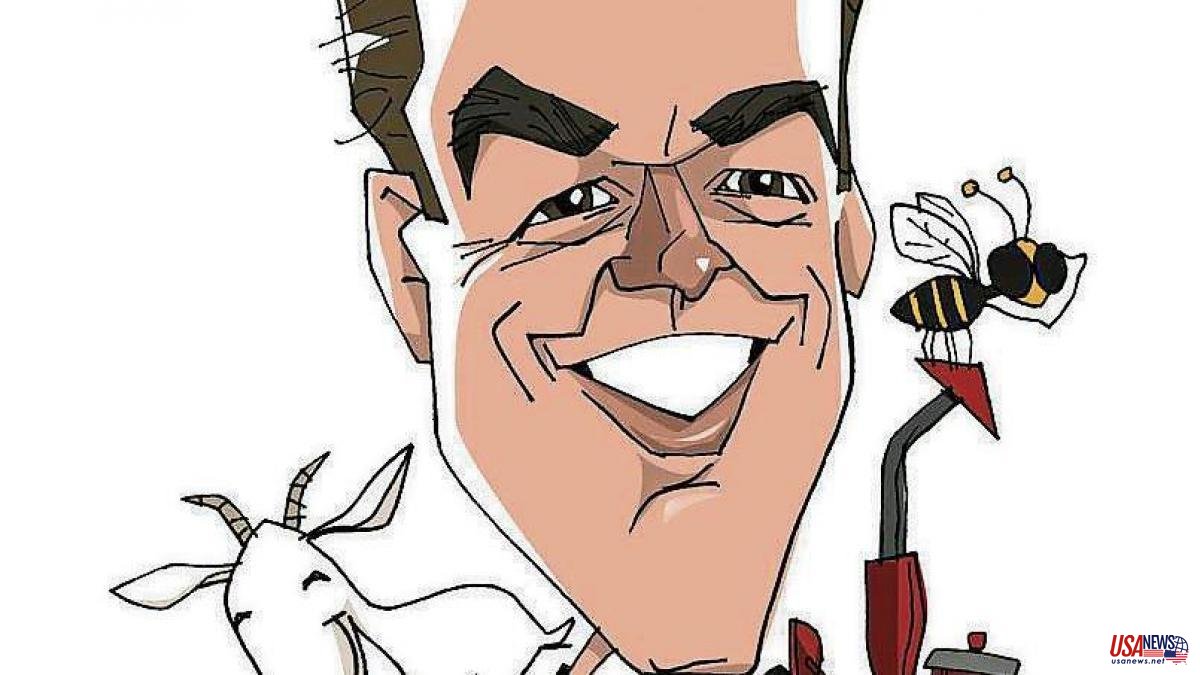 Marc Taribó (Barcelona, ​​1983) defines himself as a man of simple tastes. "I'm not ostentatious, I don't need an expensive watch or a Ferrari." The owner of Camarasa Fruits – the chain of greengrocers and gourmet products installed in the upper part of Barcelona – understands luxury in his own way. Instead of high-end cars, he prefers the tractor with which he cultivates the land on his El Solà farm, in Santa Linya, with 120 hectares. There he escapes every weekend to take care of his small herd of goats, one of his childhood dreams, or a hive of bees whose honey he sells.

"We also have olive trees with which we produce oil, my father and mother collect the olives, of the Arbequina variety," he says. This particular family oil is found in its stores under a limited edition of 1,000 bottles a year. The price is also unique: 29 euros per half litre. The bowl is designed in Italy and looks like porcelain from Capodimonte. It would be like a Ferrari of oil.

Exclusivity, as we said, has a particular meaning for Taribó. It is in the tangerines, mangoes or peas that he personally selects every morning at Mercabarna. “From the good the best”, he affirms. Finding a green bean supplier that lived up to his expectations took him two years. This continuous search for excellence has helped him to position the family business founded by his grandmother María Camarasa as one of the standards of delicatessen in Barcelona. But now he is preparing one more jump to cross the border of Diagonal Avenue. "We are well known in the upper part, but we want to be a benchmark throughout the city, and also outside of it," he maintains.

One of the key pieces in this opening stage is located in one of the most select areas of the Catalan capital: Plaça Francesc Macià. The three-storey premises that until recently was occupied by a Padeví shoe store in decline now houses the "jewel in the crown" of the company. A gastronomic space of changing use. Greengrocer, rotisserie and cheese shop during the day. Restaurant, cocktail bar and terrace for lunch and dinner. Camarasa has invested two million euros in the reform of the premises, which has included the obligatory recovery of the original façade of the square. The sum, coming from own resources and bank loans, is relevant given the company's billing volume. Last year they entered about five and a half million euros. With the new opening, Taribó expects to increase billing by 80%. It also serves as a showcase in the city. And he is not afraid of inflation: "we have a type of clientele that is less affected by price increases."

Even so, the expansion will be calm. "Our priority is to maintain the quality level of both the product and customer service, we cannot sacrifice this at the cost of becoming big," insists the owner of Camarasa, with eight stores and a restaurant. The new openings of him will be very thought out. “My letter to the King and Queen includes a flagship store in Madrid, another in London, Paris and New York”.

Always under the maxim of preserving the values ​​of his grandmother María. “For her, giving the best to the client was essential; She even asked her family from the town of Lleida to send her eggs to sell, because she didn't trust the quality of those from Barcelona”, she recalls. These concerns of the founder of the chain are collected in a letter written by her in 1960 that her grandson keeps. Will the family business continue with a fourth generation? "I would be lying if I say I don't want my two sons to continue in the business, but I want them to be free to choose their future." Marc Taribó's did not seem to carry Camarasa. "I wanted to be a pastor, I was a very bad student, not like my sister, a student enrolled." After finishing EGB and training in agricultural business, she worked for a time in a wine cellar, until her father, Jordi Taribó, offered her a job in the company. The changeover has been smooth and now Marc, together with his wife Elisabeth Rodríguez –company partner– sets the course for the new Camarasa.