Three months and 18 days after his last race, Mugello on May 29, Marc Márquez could reappear in a grand prix this weekend in Alcañiz. 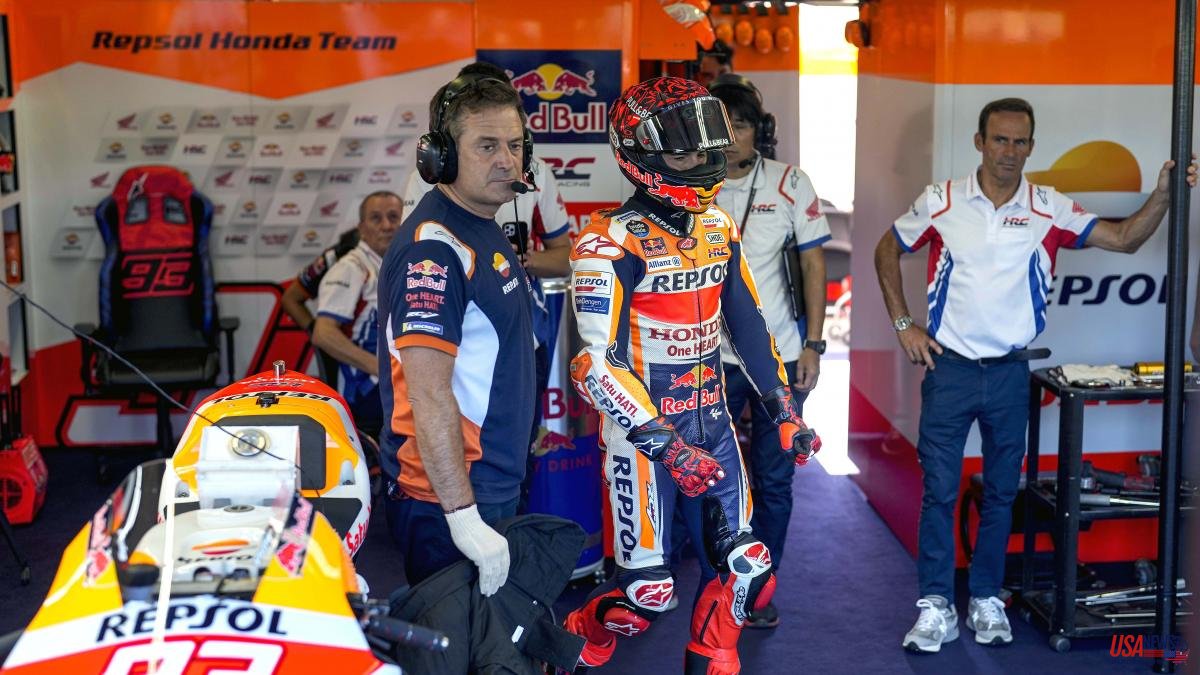 Three months and 18 days after his last race, Mugello on May 29, Marc Márquez could reappear in a grand prix this weekend in Alcañiz. In Aragón they expect –it is practically taken for granted– that the rider from Cervera will be on his Honda RC 213V in the first free practice sessions since Friday.

His team, Repsol Honda, should announce it this Tuesday morning, after this Monday '93 was tested for the last time with a Honda CBR 600 street bike at Motorland, and decided with the medical team at the Ruber clinic that you are dealing with and your circle of trust. The Catalan pilot made a series of batches on the karting track, as seen in the videos that he himself uploaded on his Instagram.

In fact, the return of Márquez is so expected that the MotoGP championship has included him among the five riders who will be at the official press conference on Thursday. "To be confirmed," he adds below.

Everything suggests that Márquez will not miss the opportunity to return to the World Championship in a friendly circuit such as Motorland. It is one of his fetish tracks, where he has won five times in eight races, and it is also favorable to a less aggressive driving for his right arm operated four times, since most of the curves are left-hand –10 of 17– .

“If I am here in the test (in Misano) it is because my intention is to return as soon as possible, when I am guaranteed to finish a race”, he commented last Wednesday at the end of the two test sessions at the Marco Simoncelli circuit, where he completed 100 laps, with a really good time, just over half a second from the absolute track record, and with very good feelings.

Márquez gave himself a margin last weekend to decide if he would return to Aragón. If it ends up being like this, since his fourth operation on his right arm on June 2 at the Mayo Clinic (USA), he will have missed a total of six races (Catalonia, Germany, the Netherlands, Great Britain, Austria and San Marino).