Marc Márquez: "I'm not a superhero; if the motorcycle helps, the risk is less"

"Even though people see me posting events, I keep working, be careful, don't get confused. 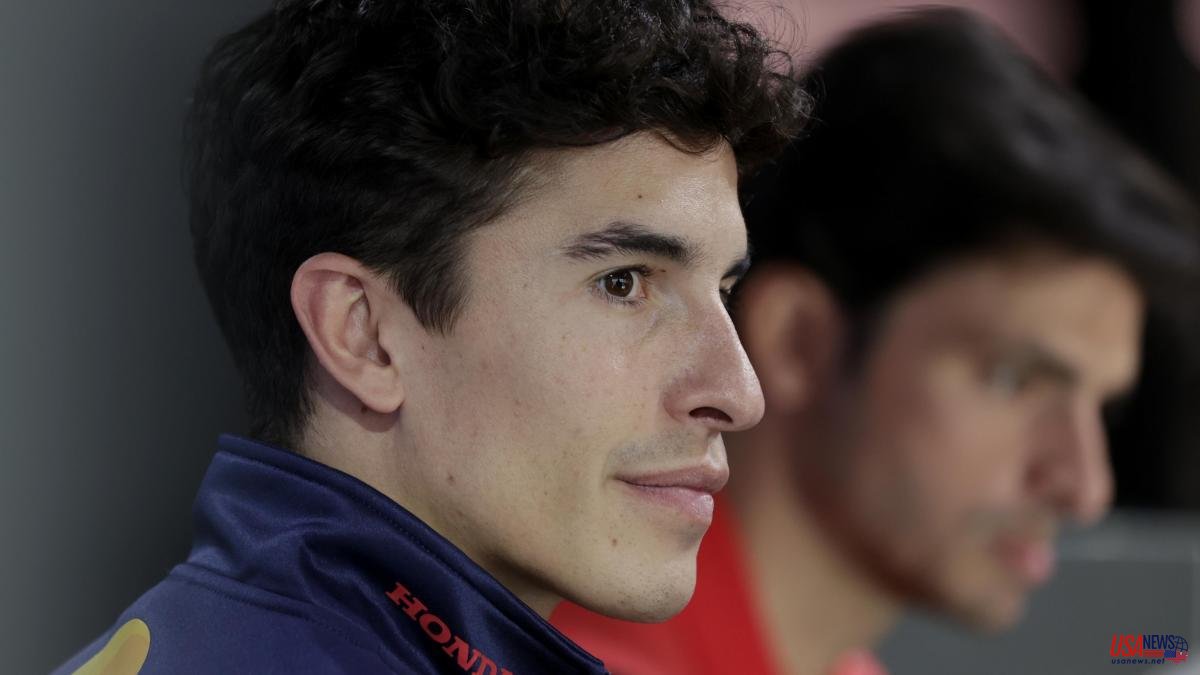 "Even though people see me posting events, I keep working, be careful, don't get confused." Marc Márquez has gotten in shape since the World Cup ended, wears steel armor and warns his opponents that in 2023 he will go out to recover the throne that he stopped winning since 2020. The driver from Cervera participated together with Carlos Sainz in a act of their common sponsor, Estrella Galicia 0,0, in the MEGA museum of the beer company in A Coruña.

"I continue working on the arm. I am undergoing some more specific treatment to seek 100%, but remember that it is an arm that has already had four operations."

"My goal is to fight for the World Cup. I'm working for it and in January I'll work on everything in general to reach my maximum. In preseason we'll see where we are."

"You always demand the maximum from your team. The Valencia test was not as expected. I was in Japan talking with the team, we had several meetings. It's not a matter of getting serious, you can see the results we had. In February they will bring new things to the tests in Malaysia, but it's what I'll have for the whole year. I trust Honda and the whole team, a wonderful human team. The machine needs to help us as much as possible".

"My peace of mind is that I have done the last four good races and with speed, and it gives me peace of mind. But speed is not enough for me, I want to win. The more the machine helps me, the easier it will be."

"You are riding a motorcycle, not an animal. I am not a superhero, sometimes there are hard moments. My DNA is always to take risks, to get the most out of it, but if the motorcycle helps you, the risk is less. I did not expect that I would have to operate in the middle of the season. Suddenly, from one day to the next, I began a nightmare that never ended".

"It will be a format to which we will have to adapt, physically it will be more demanding, but I am sure that format will have to be adapted, it will be tested and adapted to the demands of the teams and the drivers. We are here to run, the more races and the more overtaking there is, the better. Is there more risk? That's what they pay us for".