Marc Marginedas: "During the kidnapping in Syria I saw the worst and the best of human beings"

In September 2013, the Islamic State kidnapped Marc Marginedas, a correspondent for El Periódico, who had traveled to Syria to cover the war in that country. 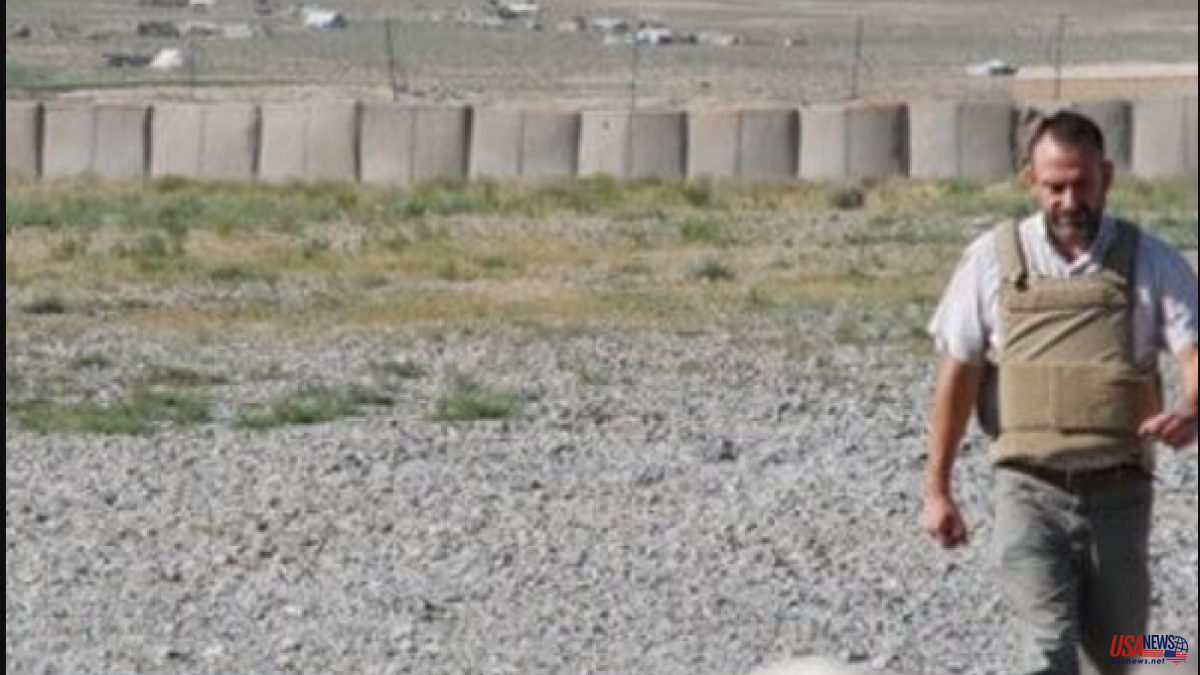 In September 2013, the Islamic State kidnapped Marc Marginedas, a correspondent for El Periódico, who had traveled to Syria to cover the war in that country. The journalist was detained for six months, his location was changed four times, he went hungry and was assaulted. He was released at the border with Turkey in March 2014. Now, he has returned to Syria to heal the wounds of his captivity and to tell the world about it in the documentary Return to Raqqa, directed by Albert Solé and Raúl Cuevas, which premiered today in the Seminci of Valladolid.

Marginedas and Solé became friends in their youth when they coincided as interns at El Periódico. "We were two pipiolos facing all kinds of issues, especially on Sundays. Then I dedicated myself to audiovisuals and when I found out that Marc had been kidnapped I had no doubt that he would come out stronger. I was also aware that one day I would tell his story and I waited until he was ready to tell it," he explains in an interview with La Vanguardia Solé, who won the Goya for best documentary in 2008 for Bucharest, the lost memory.

Marginedas was also very clear that "Albert was the ideal person to narrate this story, because we knew each other, but also because he knew that he would not fall into sensationalism and that the result would be of quality." The result is an exciting documentary in which the journalist relives those six months of captivity with the support of other sources such as Javier Espinosa, a journalist from El Mundo, with whom he shared the confinement, and other chroniclers from European newspapers and members of NGOs who also They were held by Islamic State.

Raúl Cuevas, who joined the project first as head of photography and then as co-director, highlights the use of "animation to visualize Marc's memories because that allowed us to give a less realistic and more dreamlike register and separate ourselves a little from the rawness of history". The filming, which had its ups and downs due to the covid pandemic, has taken the team to Russia, where until recently Marginedas worked as a correspondent, to Miami and various places in Europe to finish in Raqqa, the now destroyed Syrian city where the correspondent spent most of his abduction.

"There I saw the worst and the best of human beings," he recalls. The best were some of his fellow captives like Steven Sutluft "an American, very conservative, who spoke Arabic and who was hated even more than us by the kidnappers because he was Jewish. He had great journalistic talent and an exceptional sense of justice even to resolve conflicts between us, the twenty men who share the confinement," recalls Marginedas, who also remembers how Steven "asked me to teach him Spanish, because, although he was from Miami and had taught at the school, he had not taken advantage of them enough".

The worst was the cruelty of the kidnappers, whom the prisoners called the Beatles, because "I understood that psychopaths exist not only in movies, but also in real life. People who enjoy the suffering of others." The Beatles were led by Mohamed Emwazi, who "made a difficult transition from being a rather shy and quiet young man to becoming one of the cruelest people imaginable".

Emwazi beat and psychologically and physically tortured the hostages and also starved them to death. "It's one thing to be hungry when you don't eat and another to get up and just think about food, that takes up all your time. We were so hungry that we had long conversations about what we would eat when we were released," recalls Marginedas, who weakened from the lack of food. "There was a time when we planned to escape by crossing the river that bordered the house where we were being held, but I knew I would be unable to swim," he adds.

Little by little, the correspondent has left behind those terrible memories, but returning to Raqqa has been useful, because "the kidnapping made me grow as a journalist and because the documentary recovers a story that is very current, since the war in Syria has a common denominator with the Ukraine called Russia," he concludes.