Vice president of marketing and media between 2003 and 2008, Marc Ingla (Barcelona, ​​1966) has left football aside after his fruitful period as general manager of Lille, a team capable of standing up to PSG by winning a league. 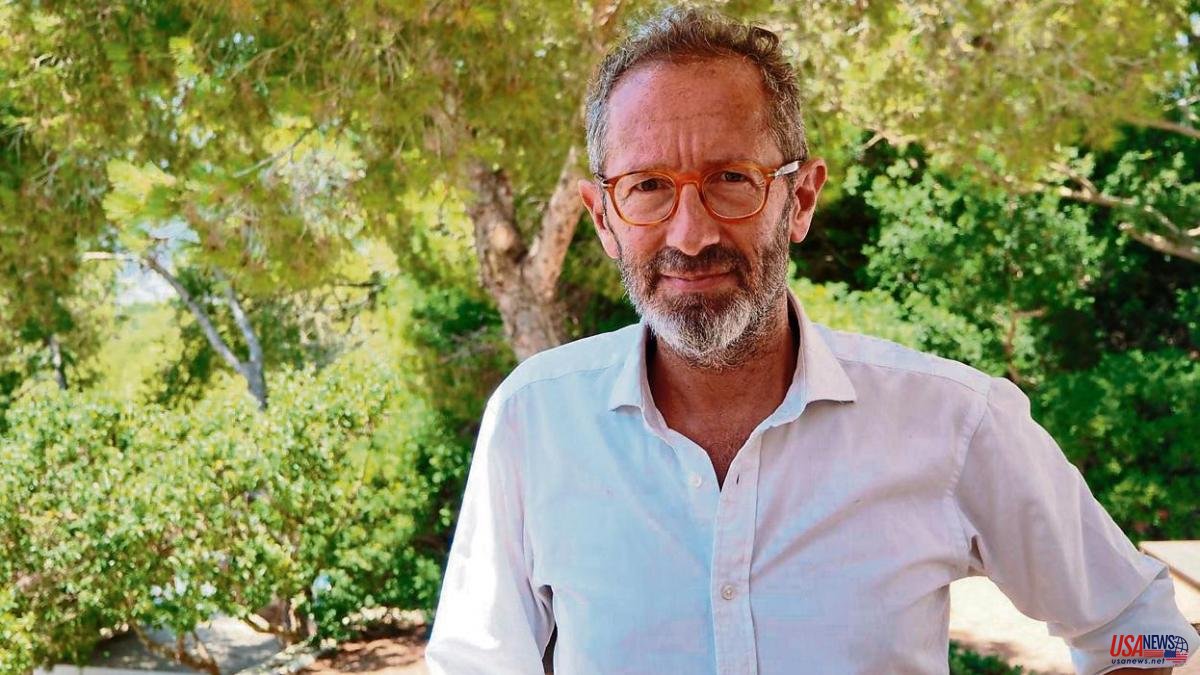 Vice president of marketing and media between 2003 and 2008, Marc Ingla (Barcelona, ​​1966) has left football aside after his fruitful period as general manager of Lille, a team capable of standing up to PSG by winning a league. Ingla talks about Barça again after years without doing so with a constructive tone, comparing today's club with the one they met in 2003.

What balance do you make of your tenure at Lille?

It was a successful experience. We won the league and the champions trophy against the mighty PSG. French is a different football, closer to the Premier, but with players with endless talent. New ones come out every year.

Compared to Barça, it's another dimension...

It was shocking, yes. The relationship with the staff and the players is very close. At Barça everything is intermediaries; at Lille things are more familiar, we traveled together, we talked to the fans...

His coach Christophe Gautier and his sports director Luis Campos have just been signed by PSG.

They were our pillars. Campos has a keen eye for capturing players and his tandem with Galtier worked. Seen this way, they have stayed with our sports project...

They are in the middle of a sporting and financial reconstruction phase, following a logic similar to that of 2003. In football, if you want to be successful and get out of a difficult situation, it's not enough just to save and do things efficiently, you have to take risks and invest.

What Laporta is doing.

In other industries it may seem like a contradiction, but the clubs must take risks, as we did in 2003.

Is the Lewandowski of today the Ronaldinho of yesterday?

Could be. Lewandowski is a franchise player, he puts you in the media showcase and you can get more commercial and image revenue from him than at Bayern. And above is a goal guarantee.

You who know him, how do you see Laporta to face the challenge?

He had a good campaign and I see him leading, making decisions and giving explanations. With his style, the Jan does not lie.

They are taken consciously. The club is anticipating future income that we will not have to invest it, hoping that it will perform sportingly, commercially and financially, creating new lines of income.

How do you see the sale of 25% of television rights?

There are two readings. An accountant, own funds, positive; and the other, the cash that enters the club to promote the sports project, taking risks of course. The goal is to promote a virtuous circle. There will be a partial lack of income for the next 25 years that will have to be compensated with a generation of additional resources. The team has to be competitive to achieve it.

In how much time?

I see the sports project settling down in two years, perhaps I would recommend not signing him all the first year and leaving a second market window open out of prudence.

Is there margin for those additional incomes without Espai Barça?

Barça continues to have a very powerful brand, it is their main lever so that they understand me. The new stadium will trigger it but until then you have to generate. In addition to traditional income such as ticketing, sponsorships and television rights, the great growth area is in new technologies, social media, the metaverse, gaming, new fan consumption experiences, the blockchain even with its volatility... Barça You have to compete there.

Does Barça have an executive body oriented towards this new world?

I lack information because I'm not inside but I detect the energy, attitude and open-mindedness to explore it.

And sell 49% of Barça Studios?

I see it well. These technological environments move very fast. Without losing control, but you need allies who know the terrain to open new paths. As it happens with E-commerce.

What do you think of the deal with Spotify?

Very well. It was one of the illusions that he had as vice president, to unite football and music, emotional points to generate synergies and loyalty with fans. Spotify gives a lot of play.

Was it essential to close that agreement with a commission?

I guess they took advantage of Darren Dein's good relationship with Spotify, which was about to partner with Arsenal. He has merit that they have opted for Barça and not for a club in London, the epicenter of music.

There is a vacancy at Barça for general director. Does it cheer?

I am very focused on managing investments in technology and sustainability. We'll see how the future will be.

Are you one of those who fears that Barça will end up as a public limited company?

The model we have with partners has worked very well so far. We suffer financially like others. We are dragging through a time of uncontrolled wages that was added to the covid and Barça has been one of the most affected clubs but it has all the assets to overcome it. The creditors believe in the Barça brand. I don't see the matter in an apocalyptic way.

You who resisted with Lille. How do you stand up to clubs like PSG or Manchester City?

It is an unequal and difficult competition, but the cache of the Barça brand and its tradition thanks to its history and its city... that cannot be bought with money.

Do you remember the photo from 2003? Laporta, Rosell, Bartomeu, Soriano, yourself… Do you feel bad about how that broke?

We lacked that point of maturity to know how to endure differences in specific situations, knowing how to endure together for the good of Barça. We were very young, with strong personalities.

Are you critical of Bartomeu's mandate?

I have been disconnected for many years but it does seem that there was a loss of control over wages. It must be recognized that he had a very tricky issue to manage, the fact of having the best player in history and how to retain him.

At last the door opened for him.

He asked for what he deserved and it is understandable but perhaps Barça no longer had the resources to retain him. Bartomeu made a risk bet thinking that Barça would not stop winning with him. The problem was the associated inflation from other players.

And Laporta couldn't do anything?

He found himself with a problem that was already difficult to redirect. The inertia of the case made Messi's departure inevitable.