Marc Gasol and Girona are First 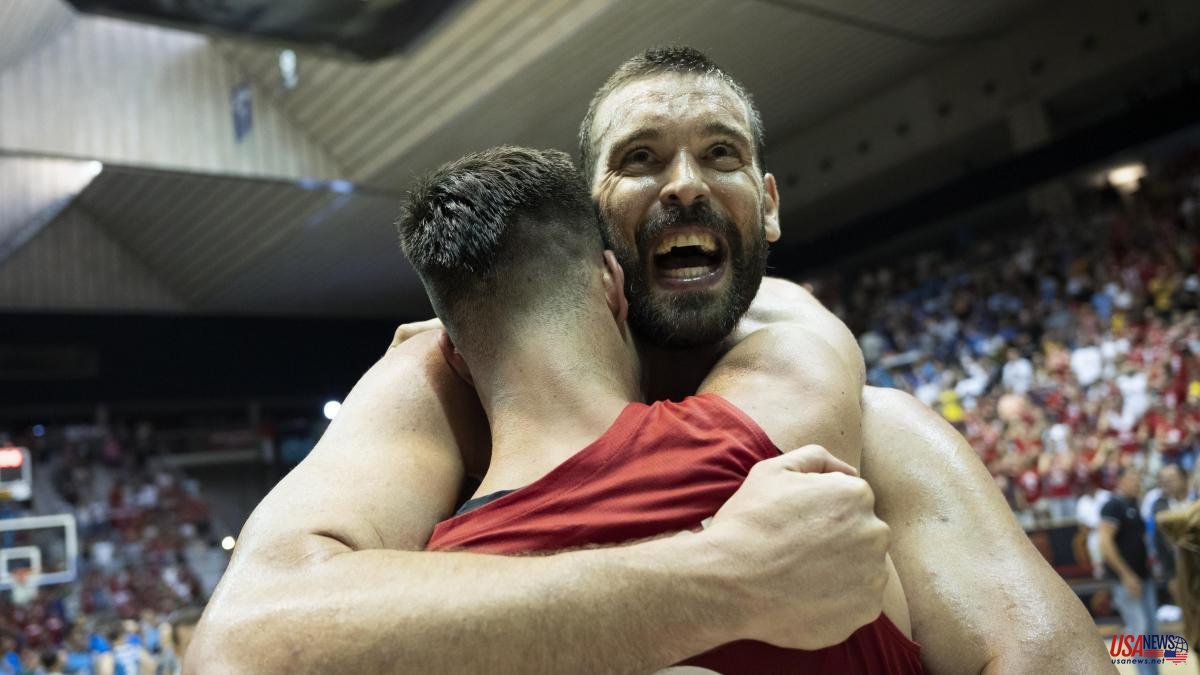 The horn sounded. The 40 minutes of the final for promotion are over. And Girona's 14 years out of the top flight also ended. At that moment, at the moment of promotion, all the players looked for a person on the track. All the eyes of the spectators of Fontajau, packed, were directed towards the same man. Everyone wanted to hug and congratulate Marc Gasol, player, star, president and cornerstone of the Bàsquet Girona project, his project.

His club will play next season in the ACB. Students have been the favorites all season but that has not been enough to defeat a giant like 33, a double world champion, Olympic medalist and NBA champion. On June 13, 2019, Gasol celebrated his ring with the Raptors. Three years later, he celebrated a promotion that tastes like glory because it is his from head to toe.

The Gasol middleweight, 37, was injured in the knee after a fortuitous action in Saturday's semifinal against Lleida but he could not be missed. He had come back from the United States for this. And there he was in the opening jump with Larsen. He didn't sit down for the first seven minutes. And when things got difficult in the last quarter – and Estudiantes came within two points – he entered so that promotion would not escape. With two good baskets in the paint but also with two blocks, to Dee and Faggiano, and with two rebounds in defense (from a free throw by Nacho Martín and a triple by Adams that did not go in) to leave the historic Madrid club without an option.

"To keep me off the court today I shouldn't have been able to walk," confessed Gasol himself, who made his debut on December 3 against Huesca with 19 points and 17 rebounds.

Yesterday there was no need for an exhibition, but a lot of maturity and calm. “Without him we wouldn't be here. Without him, Girona would not be in the ACB”, said Albert Sàbat, the team captain. “The confidence that he gives, on the court and on the bench, is essential for a team”, Jaume Sorolla highlighted.

Txemi Urtasun and the Argentinian Fjellerup also arrived with Gasol, top scorer in the final with 18 points, and the coach was changed, with Jordi Sargatal.

But Girona is not just Marc. Everyone, from Franch to Eric Vila, going through the triples of Vecvagars, the power of Jawara or the intensity of Stürup, did their bit. And where they did not arrive, the atmosphere of Fontajau complemented them in a party and complete communion. Girona and Marc Gasol are First. They join Barça, Joventut and Manresa in the ACB.

Incidents: Final for the promotion to the Endesa League played in the Fontajau pavilion in front of about 5,500 spectators.