The years of the pandemic have spread to María Pagés, the brand new winner of the Princess of Asturias for the Arts. 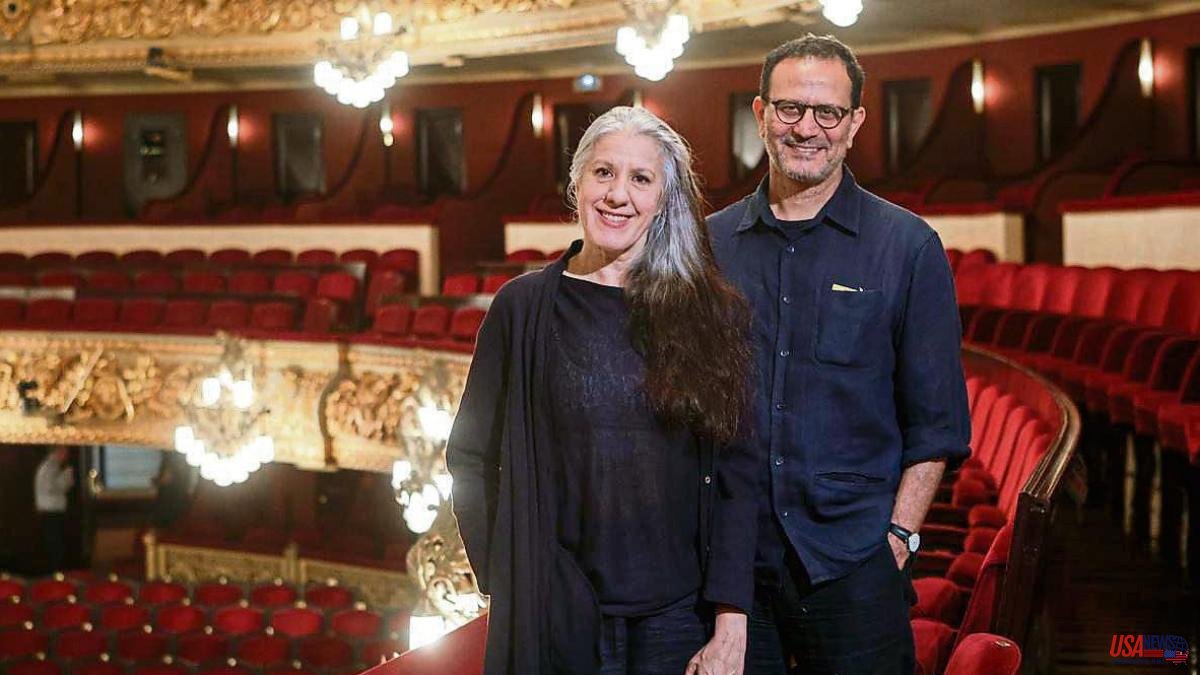 The years of the pandemic have spread to María Pagés, the brand new winner of the Princess of Asturias for the Arts. When the confinement was decreed, the Andalusian choreographer and dancer (Seville, 1963) had just inaugurated with her partner, the playwright El Larbi El Harti, her new choreographic center in Fuenlabrada, on the outskirts of Madrid.

From that creative ostracism came this From Sheherazade to Yo, Carmen , a project in co-production with the Liceu and the Abu Dhabi Festival in which the choreographer and the playwright no longer revise their well-known creation on the myth of Mérimée's cigarette case, But they start from scratch. The absolute premiere takes place two years later than planned: from May 27 to June 3 at the Gran Teatre (today Under35).

The dramaturgical idea of ​​this exploration of the myth of Carmen and the narrator of One Thousand and One Nights is not limited to overcoming clichés and folklore with two empowered women who fear nothing. What Pagés and El Harti propose is to decode gender stereotypes. Well, the sultan's anger that with her reading of The Thousand and One Nights manages to placate Sheherazade is generated by insecurity about her own manhood.

"We intend to invoke the word as an instrument of transformation, because with the word Sheherazade manages to change this murderous man," says Pagés. His spectacle did not come from nowhere: already in 2010, coinciding with "the upheavals that the world is suffering", he defended in Utopia a way to safeguard what civilization had achieved after the Second World War.

“This show that we are now premiering speaks of fear, fear of the future. And he wonders where aggressiveness comes from, that violence that causes us humans to kill each other. And Sheherazade, a mythical character from Eastern culture, can tell us about contemporary fear”, adds El Harti. “The sultan kills because he wants to hide a secret: his inability to love. He had a sexual problem and to hide that he was not much of a man from the conventional perspective of manhood, he killed the virgins with whom he spent the night”, he recalls.

With the word, dialogue, respect, listening, empathy, Sheherazade builds a process that brings that man who is afraid of his manhood closer to being more feminine, he indicates. “He stops killing when he takes on the feminine part of himself and starts loving. Because if the genres are not transferred, there can be no future”, he affirms.

Eleven bailaoras, including Pagés, and five musicians and two cantaoras will perform live original music with nods to Rimski-Kórsakov, author of the symphonic suite based on the work. "It will be something very beautiful, entering through Soleá," says Pagés. As a scenic proposal, hand-painted fabrics and dresses, with their weight and matching textures.

The pandemic has been a period of change for Pagés. He has allowed his gray hair to grow and has dedicated himself with determination to making dance visible and dignifying, the art always forgotten by the administrations, setting up workshops, conferences, artistic residences and various experiments in his María Pagés Choreographic Center, such as inviting doctors, philosophers or architects to talk about body movement... The pandemic effort culminated this May when he was awarded the Princess of Asturias Award for the Arts, "a prize that is for flamenco," insists the choreographer.