"It's my mother, my mother!" The Minister of Finance and Public Function, María Jesús Montero, had no choice but to put on a poker face and say that in the middle of a rally the person who was calling her this Saturday was her mother. 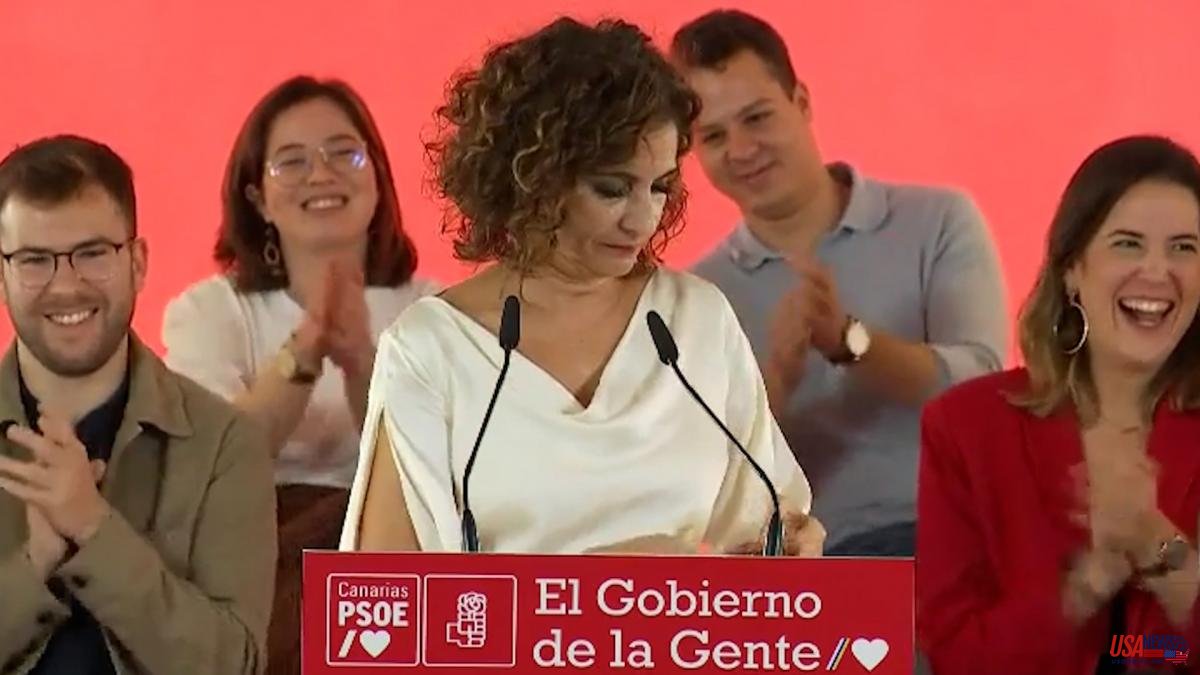 "It's my mother, my mother!" The Minister of Finance and Public Function, María Jesús Montero, had no choice but to put on a poker face and say that in the middle of a rally the person who was calling her this Saturday was her mother.

To clarify the situation, he told PSOE supporters that "he forgot he had a meeting!" And to top it off, the parenthesis of his intervention, he has clarified that "He did not imagine that he would be at a rally so soon!".

With this Andalusian naturalness, the Minister of Finance has interrupted the speech she was giving in Madrid. And precisely, the call has come when the minister was going to throw darts against the PP. In this sense, she has answered the president of the PP, Alberto Núñez Feijóo, pointing out that "the data says the opposite" when he affirms that "Spain is the European country that has managed the crisis the worst" because GDP has not yet recovered! pre-pandemic!

In a thread on Twitter, Montero highlighted that "Spain is today the country with the second lowest inflation in the entire euro zone", only behind France, as corroborated by the latest figure published by Eurostat this week. Likewise, he has indicated that Spain is, "among the large European economies, the one that will grow the most this year", since "this is reflected in the forecasts of the European Commission".

He also criticized that the PP "was wrong when it said that the labor reform would be detrimental to job creation," since "Social Security data registers 20.2 million members." “There had never been so many people in Spain working and creating wealth and well-being”, he affirmed.

“The economic policy of the PP generated more inequality and a much slower recovery in the previous crisis. And the experience of the United Kingdom shows that Feijóo's proposals were totally wrong, ”the thread concluded.