María Becerra arrives with her cataract of urban rhythms

The Argentine singer María Becerra lands today in Barcelona on the first Spanish stop of her Animal Tour. 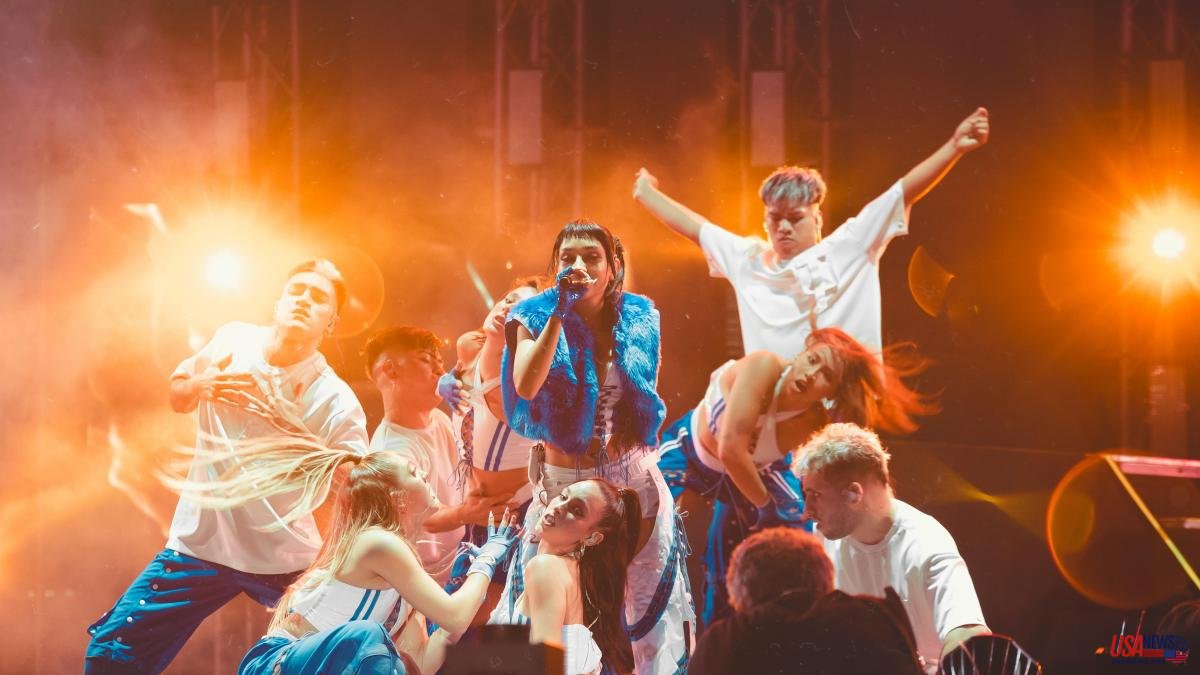 The Argentine singer María Becerra lands today in Barcelona on the first Spanish stop of her Animal Tour. The Latin American artist will undoubtedly stir up her growing fans at the Sant Jordi Club (9pm).

And it will do so because the singer, songwriter and listed ex-youtuber is one of the most fashionable names right now within the scene of Latin urban rhythms. And also with a resume where her musical career began by uploading videos to YouTube.

A reflection of the times, at the age of 22, Becerra has managed to position herself in the musical universe as one of the fashionable singers of the urban genre, after rising to fame when she was a teenager.

As was said before, that happened through those videos in which she combined monologues and interpretations of musical themes by other artists with makeup tutorials or routes from her vacation experiences.

In a recent interview, the interpreter explained that "singing was always my dream, I knew that YouTube was merely temporary, that I was born to be a singer and write my songs. So I decided to leave everything and bet on it, and a few months I released my first ep and it liked it."

And that liking can be understood in a broad sense since since then his name has shared prominence in singles with top-ranking colleagues such as Rauw Alejandro, Becky G, Camila Cabello, Lola Índigo or J. Balvin. Or she will appear on Pablo Alborán's next album, La fourth leaf, as the musician from Malaga has recently announced.

Despite her short career, María de los Ángeles Becerra, which is the name of the vocalist, whose stage name is La nena de Argentina, is already a consolidated reality in her country's music scene, as evidenced by the success of Discoteka along with Lola Índigo or his latest solo single Automático.

The singer is preparing a new album that will probably be released by the end of the year and that will have a dozen songs, all solo and without any collaboration, according to what has been advanced. And although reggaeton is going to be the main genre of that future album, the Latin artist has acknowledged that it will also include bachata, cumbia, romantic trap and ballads.