'Mapfre and the Elduayen Palace', the book that traces the history of the current Mapfre headquarters

Mapfre has presented the book 'Mapfre and the Elduayen Palace'. 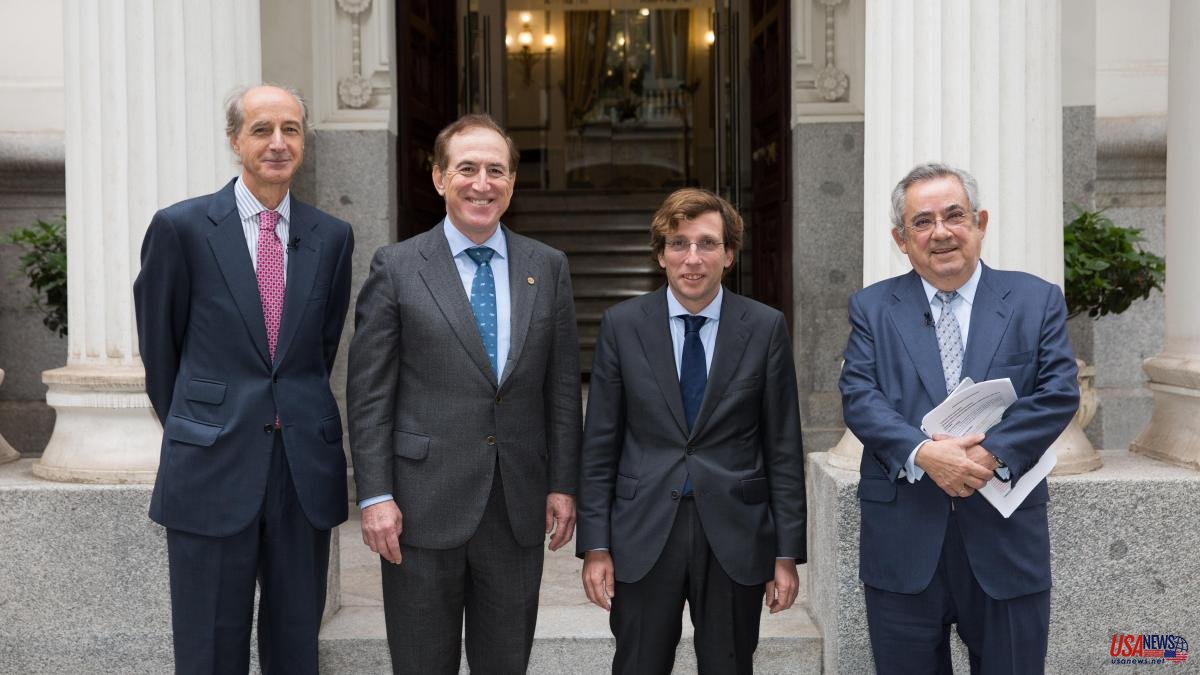 Mapfre has presented the book 'Mapfre and the Elduayen Palace'. The work of Ignacio Pérez-Blanco covers the life of the family of José Elduayen, who ordered the construction of the Paseo de Recoletos Palace, 25, in Madrid; and the history of Mapfre, current owner of the building and company headquarters.

The work on this palace, one of the few that still stands on the capital's promenade, narrates the life of the Elduayen family through data, anecdotes and photographs. The building was ordered to be built in 1881, and since then it has housed the Cuban embassy, ​​the publishing house in charge of publishing the first edition of 'Platero y yo' -by Nobel Prize winner Juan Ramón Jiménez- or the renowned Teide café.

The book is a journey through the life of José Elduayen, since the main political, social and economic events of the second half of the 19th century and the beginning of the 20th are described. It also reflects the evolution of the Mapfre Group, which has occupied the building since 1935.

During the presentation of the work, the president of Mapfre, Antonio Huertas, highlighted the role of the insurance sector as a real estate investor and preservation agent of unique buildings. "In Europe our industry has invested in real estate around 144,000 million euros, and in Spain close to 11,000", they point out from the company.