Throughout the summer, Espanyol's slogan was to transmit calm with the situation of Raúl de Tomas, a self-imposed normality, with cryptic and empty messages, which have now been devoured by harsh reality. 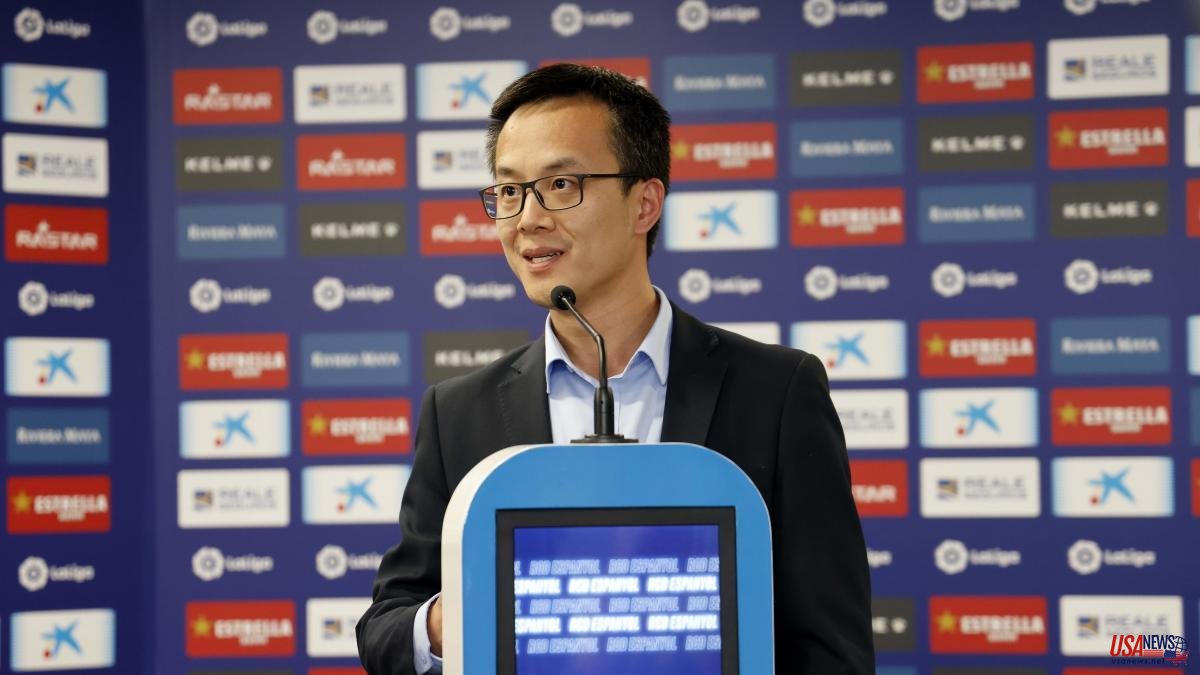 Throughout the summer, Espanyol's slogan was to transmit calm with the situation of Raúl de Tomas, a self-imposed normality, with cryptic and empty messages, which have now been devoured by harsh reality. Some eternal annoyances were the argument used by the blue and white entity to justify the absence in training with the striker's group, while in the parakeet environment speculation continued about his future and the internal problems between the player and various levels, especially with his new coach, Diego Martínez.

With the paths separated on both sides, the forced calm has given way to a bitter goodbye. After remaining silent throughout the transfer market and once his transfer to Rayo Vallecano was made official, the Madrid native spoke for the first time in an extensive statement to harshly attack the club's leaders and also against the sports leadership .

De Tomás accuses the sports director, Domingo Catoira, and Diego Martínez of having "cornered and undervalued" him and uses words like "ruin and coward" to refer to the "unfortunate" handling of his case by the board, in addition to calling him "populist" to the club for an image published on the networks that is titled "above everything and everyone".

Faced with words of such gravity, Espanyol has given its version of the events, but without going into value the message of its former player. "I want to explain to the fans, not respond to a statement. We are aware of the fans' discomfort at how this case has been handled, the image that has been projected is what makes us feel worse," he told the media at the RCDE Stadium CEO Mao Ye.

The leader assured that the club has always been transparent with the situation of the striker, who communicated "his intention to leave before the arrival of Diego Martínez". "We have never cheated, because we have never put the player up for sale. The player must give the maximum sportingly and if not the maximum financially. The club has always managed the situation so that he was available in the Espanyol discipline," he communicated.

"From the first day he has expressed his intention to leave but he has to come with an offer. An offer has not reached us until the last day, which I do not consider it an offer. The player insists on leaving and that is the solution that we have found to minimize the economic impact. The club does not lose out. It is a solution to a problem," he insisted, in addition to highlighting "the wage mass that is released this season and the next" with the departure of the striker, the best paid in the template.

Mao Ye indicated that "the situation could have been ruinous to keep a player who does not have his head in the team" and said that "he was not forced out", in addition to giving him "several windows of opportunity" to join the team. template dynamics. "When you reach an agreement, you consider that it is good for all three parties," defended the agreement with Rayo by De Tomás, who previously "stated the need for a salary review in the event of staying."

On the other hand, he praised how "much" the club has done for De Tomás, whom "it has placed in the Spanish team." "Looking back, things can always be done better. But at that moment you have to make a decision," he said about an operation that he does not consider "a sale, but rather the solution to a problem."

The president also explained that De Tomás wanted to leave when the club went down to Segunda at the end of the 2019-20 season and acknowledged that the club did not know "for sure" the extent of the Madrid native's discomfort, a situation that depends more on "personal sensations".

Despite the sad outcome between the club and the team's top scorer last season, the CEO said that they are not "disappointed", as he has given "a good performance" during the two and a half years he wore blue and white. "Let him go his way and we'll do ours (...) We want all the players to do well and have the best memories. We don't like this situation, it's not what we want. The story is very long, we'll see what happens in the future. I don't think it will happen again with other players," concluded Mao Ye.